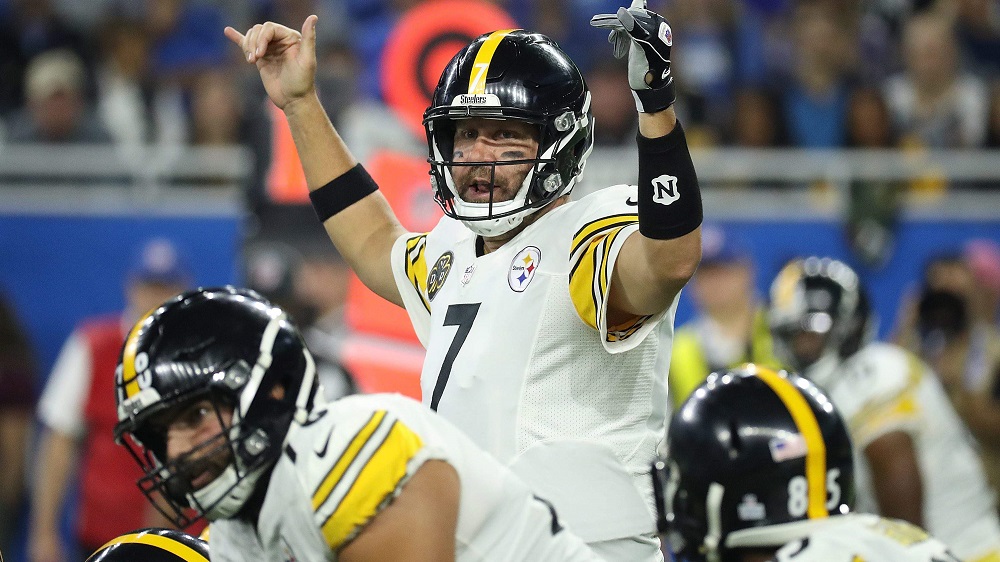 The Pittsburgh Steelers vs Indianapolis Colts games was far from pretty, but Ben Roethlisberger was able to bring his team from a 14-point deficit for the third time since last season which is an NFL record.

Roethlisberger threw two second-half touchdown passes to erase a 14-point deficit and then hooked up with Antonio Brown on a 32-yard completion with 35 seconds left to set up Chris Boswell’s 33-yard field goal as time expired for a 20-17 victory at Indianapolis.

“Let’s not take this thing to overtime,” Roethlisberger said when asked about his thoughts on the final drive. “I felt that’s what we were kind of leaning toward.”

Roethlisberger made sure the Steelers (7-2) got out of town on time with a fourth straight win, padding their AFC North lead over Baltimore. Aside from the second-half comeback and frantic finish, things didn’t exactly go according to script.

Brown, the league’s top receiver, only caught three passes for 47 yards. Bell, the league’s No. 3 rusher, finished with 80 yards on 26 carries, and Roethlisberger wound up 19 of 31 for 236 yards after being picked off on the second play of the game.

And the Steelers never led until the final play.

But when it mattered most, Roethlisberger played his best ball, methodically moving around and buying just enough time to pick apart the Colts’ young secondary. It was no match for the 35-year-old comeback master.

“Big Ben is Big Ben, and he finds guys, and we’ve got him in second-and-long, and he finds a guy, and then he scrambles around and finds Antonio Brown,” Colts coach Chuck Pagano said. “That’s what he does.”

For the Colts (3-7), it was just another frustrating in a series full of them. They’ve now lost five straight to the Steelers, this one perhaps being the flummoxing yet.

They appeared to be in control after Jacoby Brissett threw a 60-yard touchdown pass to Donte Moncrief early in the second quarter and a 61-yard TD pass to Chester Rogers just our plays into the third quarter to make I 17-3.

The two-time Super Bowl champion hooked up with JuJu Smith-Schuster on a 7-yard TD pass to cut the lead to 17-9. And after Ryan Shazier picked off Brissett’s pass at the Colts’ 10-yard line, Roethlisberger scrambled long enough to find a wide open Vance McDonald for another 7-yard score early in the fourth. The 2-point conversion pass tied the score at 17 with 11:52 to go.

He did it again on the final drive, too, completing two third-down passes before finding Brown on the final 70-yard drive for the winning kick.

“You give up some big plays, you have a chance to lose football games,” Steelers coach Mike Tomlin said. “We’re fortunate to win this game giving up those two long touchdown passes. So, we’ll get back in the lab and go back to work.”

Steelers: After managing only 100 yards in offense in the first half, Pittsburgh finished with 316. Smith-Schuster had five catches for 97 yards, and the Steelers finished with three sacks.

Colts: Indy had four first downs and 99 yards of offense in the second half, 61 of those yards coming on the TD pass to Rogers. Brissett was 14 of 24 for 222 yards with two TDs and one interception. Frank Gore ran 17 times for 54 yards.

Boswell’s winning kick was the culmination of an otherwise rugged day.

He had an extra point blocked that was nearly returned for two points by Colts safety Matthias Farley.

Boswell also had a chance to give Pittsburgh the lead with a 37-yard field goal with 6:17 left but the ball hit the right goal post and bounced off.

Steelers: Cornerback Joe Haden broke his left leg and Tomlin did not have an update on how much time he might miss. Starting safety Mike Mitchell left on a cart with an injured right ankle and did not return. Linebacker James Harrison missed the game with a back injury.

Colts: Brissett did not come to the podium after the game because he developed concussion-like symptoms following, the Colts said. The team said he had passed the concussion protocol in the third quarter. Cornerback Kenny Moore left in the third quarter with a concussion, and tight end Darrell Daniels and linebacker Darnell Sankey both left with hamstring injuries in the fourth quarter. None of the three returned.

Colts: Will have a much needed bye before hosing Tennessee on Nov. 26.