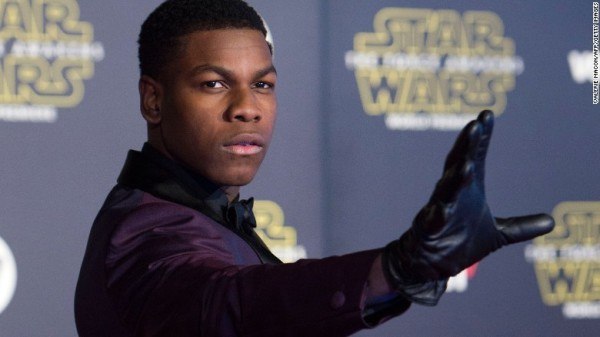 The latest Heroes & Zeros is a stormtrooper who stands up for himself and a school district that just can’t seem to get away from its ugly past. 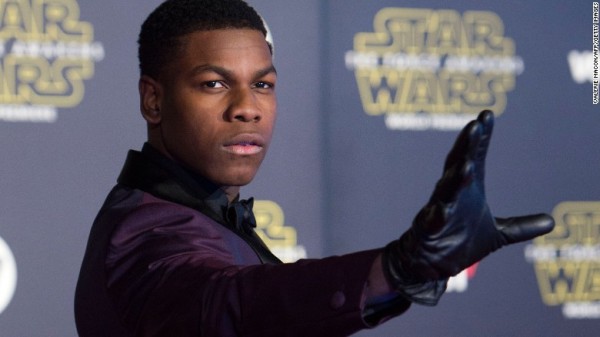 It is always refreshing to see young people care about the issues of today. Even more, it’s impressive when they can articulate themselves in a way that shows they know what they are talking about all while putting to rest the voices of critics and haters. That’s what 23-year-old actor John Boyega of The Force Awakens did this week, and it was everything.

If you haven’t heard of a little movie called Star Wars, I have no idea where you have been pretty much all of your life. I mean, it is only the biggest movie EVER. The latest installment stars a young black Nigerian man from the UK that takes on the role of Finn, a soft-hearted stormtrooper that plays a very big role in the film’s plot. While most people are excited to see what JJ Abrams has done with Episode VII of the most beloved film franchise of all time, others took issue with the fact that a black man was cast as a stormtrooper.

It’s true folks, we live in a world where people cannot get past the color of other’s skin, and that mindset has proven, time and time again, to get us nowhere. But instead of ignoring the backlash or sweeping it under the rug because it’s “stupid”, John Boyega responded to it professionally, sincerely and with class.

He told the New York Times this week:

“I’m grounded in who I am, and I am a confident black man. A confident, Nigerian, black, chocolate man,” he said. “I’m proud of my heritage, and no man can take that away from me. I wasn’t raised to fear people with a difference of opinion. They are merely victims of a disease in their mind. To get into a serious dialogue with people who judge a person based on the melanin in their skin? They’re stupid, and I’m not going to lose sleep over people.”

What a great response from a young Hollywood actor who isn’t afraid of what his stance might mean for his career. His standing up and living his life in the face of his haters (but not before telling them about themselves) makes him our young Hero! 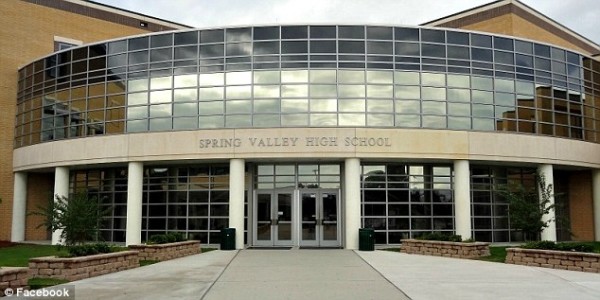 So, yes, this is a country where the victim and those who try to help said victim are the ones charged when violent situations occur, because ya know, it makes law enforcement people look bad if they don’t. With that, the school district bringing charges against the Spring Valley High student assaulted by a resource officer and the student who recorded the incident are the latest Zeros. Big time!

The 18-year-old and her classmate were charged, the day it all went down. In fact, they were the only ones charged that day. Parents and civil rights activists have spoken up about the charges and are looking to get them dropped. They feel that had any of them, majority black, done what Richland County Deputy Ben Fields did to a child, they would have been arrested on the spot.

Aside from that, the issue that people have with the story is that authorities are willing to bring charges against the teens when they really didn’t do anything to warrant the action brought against them, especially the young girl assaulted. Why give them a record so early in life for something in which they were the one’s mistreated? They apparently are being charged with “disturbing school” which is punishable “by a fine of up to $1,000 or 90 days in jail,” according to the Chicago Tribune.

Protestors and parents are not stopping with just getting the charges dropped, though. Organizers want the law allowing police officers to arrest students “misbehaving in schools” and charge them done away with. Efia Nwangaza from the Malcolm X Center for Self-Determination said,

“Let’s find a way where we don’t saddle students with arrest records…Let’s get ahead of the schoolhouse-to-jailhouse train in South Carolina.”

I can agree with her on that one. Students, especially black students in poor areas or urban areas, need help and guidance. If adults in influence gave them those tings more than automatically slapping them with criminal records, kids would, without a doubt, be better off and better prepared for the real world.

The authorities, and other people who can do something about what happens to these students but choose not to are losers/Zeros.