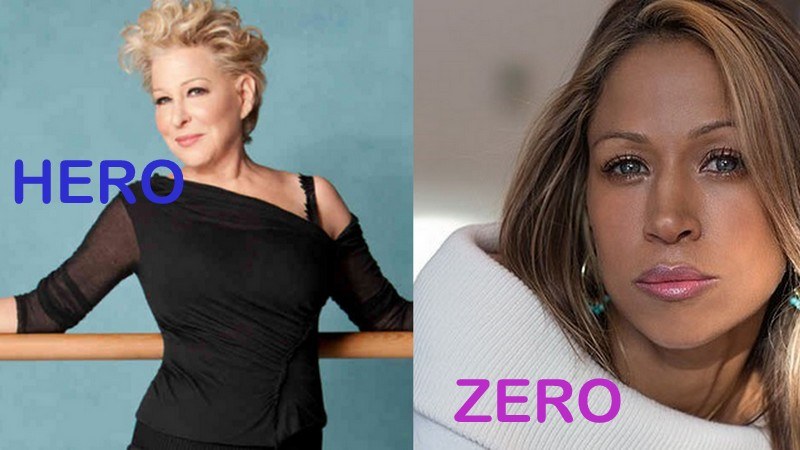 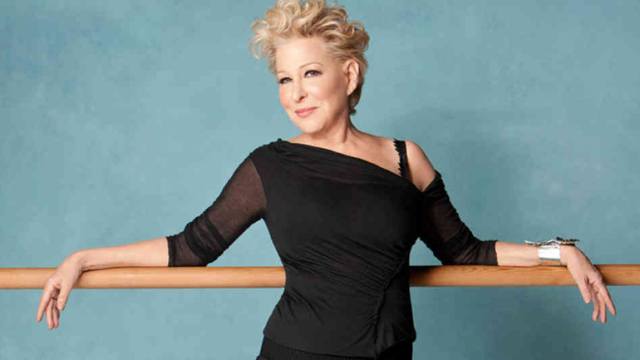 This week’s hero is a divine woman who stands with those making a statement about diversity, and the zero is a woman who continues the to make us all cringe.

There is no doubt that the 2016 award season is one of the most racially charged award seasons in a long time. People are pissed that there was not an adequate representation of people of color in the nominee list. While it is perfectly understandable that black folks and other people of color are taking the Academy to task, some white actors and actresses feel a certain kind of way about the lack of diversity too.

Bette Midler is this week’s hero because she boldly continues to express her distaste with the colorism and racism that exists in Hollywood. She tweeted on Oscar Sunday,

“The Oscars are today! You know, the awards show where Leonardo DiCaprio is “overdue” but black people can “wait till next year.”

I love her for this because it is so important for white people in cinema to understand that the protests and complaining that actors of color are doing are not personal. It is all about the system in place that doesn’t allow for an opportunity. You know, the system that says “black films don’t make money” or “no one wants to see a Latina as a superhero.” That thinking denies the right kinds of opportunities for POC to make movies of substance.

Bette sees it, and has spoken on it, and it’s time for others in positions to affect change in the favor of actors of color see it too.

I know people are tired of hearing the narrative of color in Hollywood, and I know that there are those who feel that POC should “step up to the plate” if they want to be counted amongst the ranks. But what those privileged blind eyes don’t see is that the issue is born of something far more complicated than one’s ability to act. The soul of the conflict lies in the quality of work available to be counted, which is wildly affected by higher ups who sum up their legacy in dollars and cents and not in making a difference.

Bette Midler speaking her mind amidst the asshole who don’t have a clue is my hero! 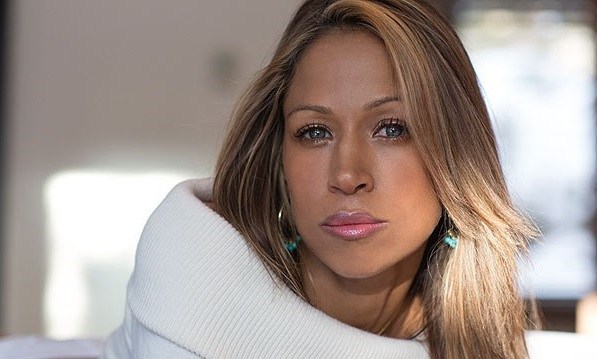 Just when you thought it couldn’t get any worse with this woman, she goes and makes fun of herself on live television. Well, at least, that is how it came off to millions of other people because there is no way she meant her comments at the Oscars. Stacey Dash is this week’s zero because her appearance at the Academy Awards is one of the most cringe-worthy moments in award shows history.

It is no secret that black folks don’t mess with Stacey Dash. After her comments on Fox News about Black History Month and other issues related to the black community, we have openly discussed whom we would like to trade for her. But that aside, there was a lot of confusion when she stepped on the stage at the Oscars this year (to no applause I might add) and said,

“I cannot wait to help my people out… happy Black History Month.”

She followed her statement with a highly awkward laugh. You know you just bombed when you can hear scattered applause across the room. This was not funny and only adds fuel to the fire that is already under Dash’s feet. It’s like she made fun of herself by mocking her lack of interest in black history month. In fact, it’s a slap in the face that she would even choose this particular “joke.”  Diversity is real, and it is necessary, and she is not the one to lead the way. Especially since she claims it’s not an issue.

I am not sure what Chris Rock was thinking, but I guess with an Oscar ceremony already full of tension, why not enact this horrible, horrible idea. Did they believe it would get laughs? Probably. But from what it looks like in the clip that has gone viral, it is no laughing matter at all. And my god, the Weekend’s facial expression with his hand over his mouth is what the entire world collectively did at the same damn time. I almost feel sorry for Stacey Dash because to say that her cameo on the Academy Awards was a bad look is an understatement.

Her clear lack of judgment and mockery of Black History Month makes her a zero.