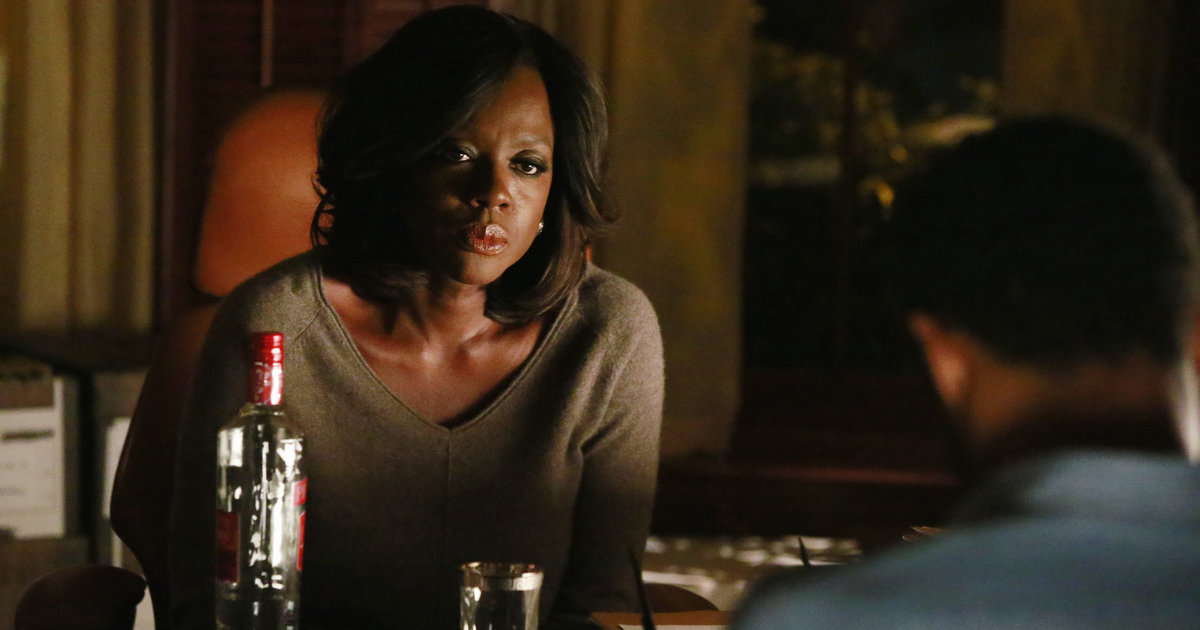 “How to Get Away with Murder” is over already! Well, we have one more episode. Next week is it. Am I the only one who feels like it was too short?

Shonda and the crew tie up some things this week. They also open up a whole new can of worms, and it is a big one. The story picks right back up with Philip attacking Annalise in the Wes’ apartment. She fights him off while Eve calls 911. Annie manages to get away from Philip, and the whole situation just raises the fear already taking over the Keating team.

Back at the house, they scramble to find out what’s going on, and Michaela is the worst one. She’s nervous about Philip finding them, and she is nervous about Caleb, from whom no one has heard. Um, wasn’t she the last one seen with him?

As they deal with Annalise’s assault, ADA Denver summons them to his office. He interviews them one by one while Bonnie serves as their lawyer. None of them crack, as it is evident that he wants to nail one or all of the team. He offers immunity to the person who tells him about the other stuff they have done.

He pulls her into the basement because he wants to know how she found out. She doesn’t reveal to him how, although he believes that Laurel ratted him out. Annalise sees them come out of the basement and asks if they are “boning.” Bonnie tells her no, they were talking about Laurel, but Annie’s suspicions are raised nonetheless.

As we see the team slowly continue to unravel, we are finally clued into what happened with Annalise’s baby.  After Rose dies, Annie gets a visit from Wallace Mahoney. He blames her for losing the case (which she hadn’t lost yet) and says that she is the reason Rose killed herself. Annalise balks back at him, and he threatens to fire her. As he walks out of her hotel room, she gets a burst of fire and confronts him about something none of us saw coming- Christope is his child! Yes, Wes’ daddy is a millionaire. She grills him about Rose and how scared she was of him and how she could see in her eyes that he violated her. He looks at her with disgust and tells her, “Now you’re fired.”

She then rushes to Eve asking her to say that Rose confided in her that Wallace threatened her, and that’s why she lied for him. Eve refuses, so Annalise does it herself. Only she doesn’t get far because on her way to make the claim she gets into a car crash. Sam shows up to be by his wife’s side, but he is too late. Their baby boy did not make it. Eve is also at the hospital but cannot get to Annie because she is not family, which tears her up. 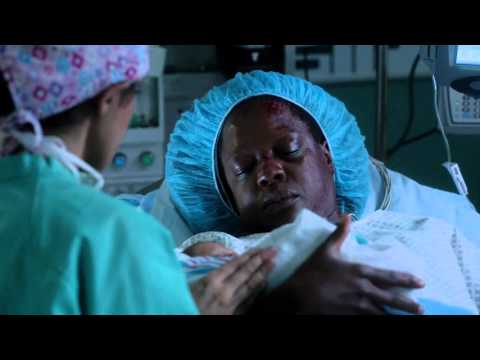 Annalise holds her dead baby boy, and you can see the anguish on her face. I mean you can feel the heartache. She blames herself for everything including Rose’s death. Sam tells her it was an accident, but you can tell that in the back of his mind, he too knows had she stayed home none of this would have happened.

We find all of this out as Annalise gives Wes the answers he wants. She tells him everything, including who his father is and what really happened. He still maintains that his mother didn’t kill herself. Annalise doesn’t say how she knows for sure she did. She apologizes and the guilt she has been holding for years has never been more evident on her.

The rest of the team parties it up in the club. They get pissy drunk, and you know what usually happens when booze and stressful situations collide- people fuck. And the two members of the Keating Five who get it all the way on are Michaela and Asher.

In the end, Laurel’s drunken ass spills the beans to Annalise concerning her ex-boyfriend’s secret. “Frank killed Lila,” she tells her and accuses her of having him do so. But the shock on her face proves she had no idea who did it. Next thing you know, Annie packs a bag of clothes and shows up on the steps of her mother’s house. “Ana Mae, there’s my baby, she’s come home.” Don’t you just love mommas?

Next week is it people, and I am not sure I’m ready for what’s in store.