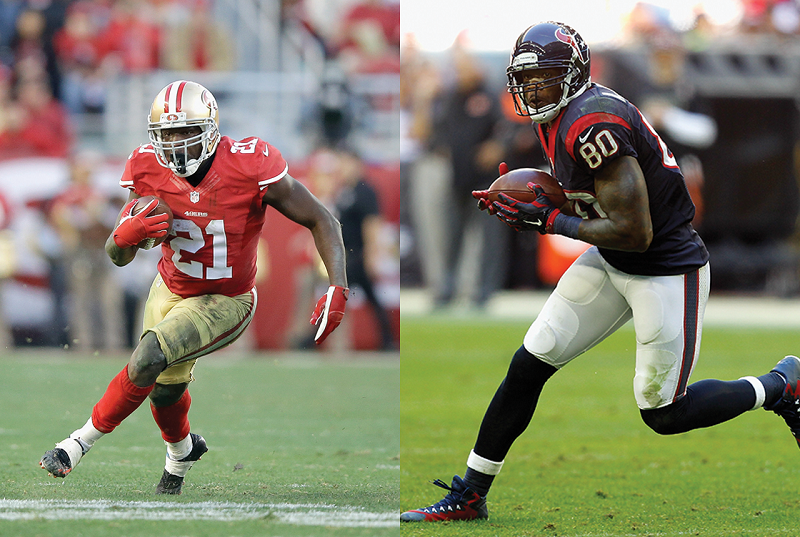 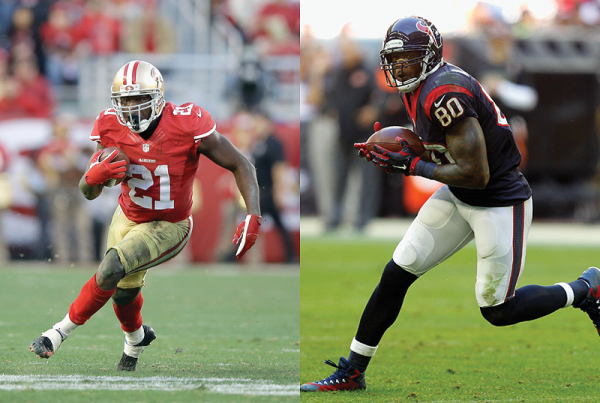 The Indianapolis Colts made news recently when they picked up both running back Frank Gore and wide receiver Andre Johnson in free agency.

The former 49ers running back Gore was actually planning on signing with the Philadelphia Eagles; but after seeing all the changes that head coach Chip Kelly was making to the roster, he decided he didn’t want to be a part of the franchise. As for Johnson, the best offensive player in the franchise’s short history was left out to dry by the team this offseason. Johnson was told that he was getting to old and he would not start this coming season. This would be fine, if not for the fact that Johnson is still playing at a pretty high level, leading the offense, and the best receiver on the roster.

Well, the former University of Miami teammates are joining forces once again, this time with the Colts. So now the question is, how much can Gore and Johnson bring to the already high-powered Colts offense? After all, Gore is 31 years old, and Johnson is 33. That’s pretty old for a running back and wide receiver.

Despite their ages, the Colts signed each player to a three-year contract—$12 million for Gore and $21 million for Johnson—so clearly Indianapolis is aware of what these two are capable of. The Colts may have finished third in overall offense in 2014, but they have holes that Gore and Johnson can fill perfectly.

The Colts had basically no rushing presence last year due to both Trent Richardson’s struggles and the Colts tendency to only pass the ball. There’s a reason Andrew Luck’s stats are so inflated—they don’t run. At the same time, it’s hard to blame them when the team’s leading rusher was Richardson with 519 total yards on 3.3 yards per carry. If the Colts had a run game, maybe they could have scored more than seven points against the New England Patriots No. 1 overall defense in the AFC Championship Game.

In comes Frank Gore, the 49ers all-time leading rusher. With over 11,000 yards in his career, and over 1,000 yards in eight of his last nine seasons, Gore is just what the Colts need. With Gore in the backfield, the Colts can start to incorporate some balance into their offensive play calling.

The Colts also really lucked out picking up Andre Johnson. After releasing Reggie Wayne, the Colts needed to bring in some veteran leadership for the offense, some one that knows how to lead a team from the wide receiver position. Johnson brings just that. Sure, Johnson is coming off of an injury-nagged 2014 season; but he is still able to perform. Johnson had over 3,000 receiving yards between 2012 and 2013, so clearly his age won’t pose a problem. Also, Johnson is leaving a team with quarterback issues for a team with a reliable starter in Luck.

The other thing that Gore and Johnson can bring over their three years with the Colts is some know-how at their respective positions. Gore and Johnson have played at a very high level for a long period of time, so they would have no problem showing some young players the ropes. The Colts seem to be struggling to find a franchise running back to go with Luck, but bringing in a rookie in this year’s draft to sit behind Gore could bode well for the future. And of course in a sport where there is always room to improve, Johnson can greatly help out the rest of the Colts receiving corps.

After an AFC Championship appearance in 2014, the Colts are looking to go further in 2015. Frank Gore and Andre Johnson may be just what they need to do that.