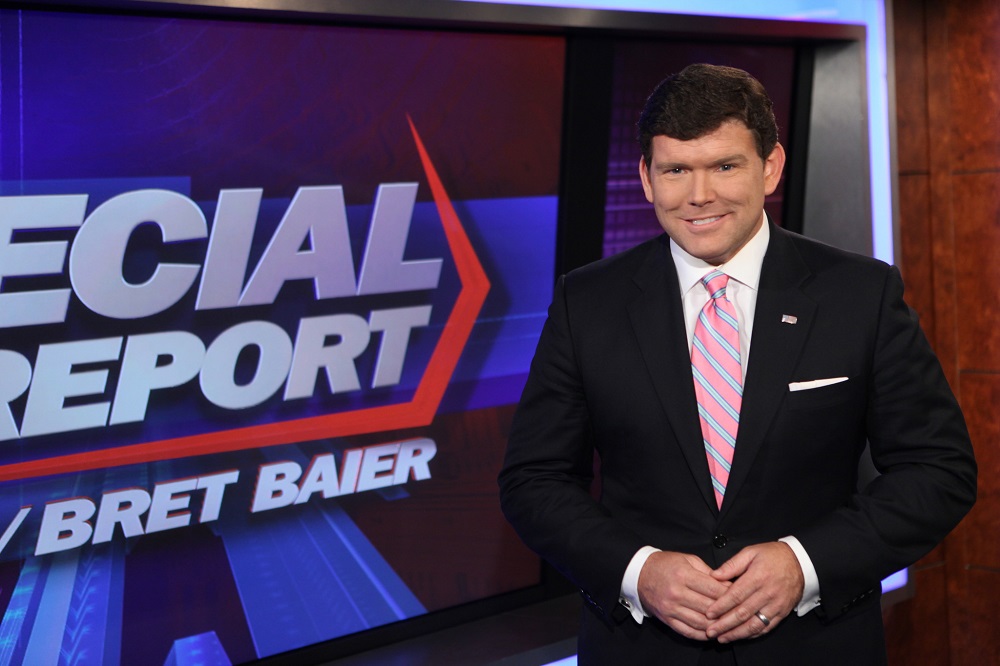 President-elect Donald Trump seems to be the gift that keeps on giving to FOX News. During the course of his election campaign, Trump’s blowups with FOX News kept the network in the mainstream press more than usual. Now, unlike many news networks, they’re ratings have remained consistent after Trump’s win, and it looks like they’ll dominate while he’s in the White House.

A sharp drop in cable news ratings following a presidential election is as inevitable as snow in Buffalo. Yet in the Age of Trump, so far Fox News Channel is defying that trend.

Comparing the five weeks after the election to the white-hot campaign days of October, Fox’s prime-time audience is down 8 percent, the Nielsen company said. That’s a much smaller drop than rivals CNN and MSNBC, and smaller than all of the networks historically following elections.

“They’ve really, obviously, established themselves as the go-to place for all things Trump, Trump supporters certainly,” said Paul Sweeney, an analyst for Bloomberg Intelligence. “This is their time to shine, and they’re making the most of it.”

Post-election has been a victory lap for Sean Hannity, who made no secret of his support for Trump and was rewarded with regular interviews. Fox also enticed viewers with TMZ’s Harvey Levin getting a guided tour of the president-elect’s New York apartment.

Fox’s audience likely reflects the surprise nature of Trump’s win: Viewers depressed about his chances of winning were less inclined to watch during October and much more excited in November. Fox’s viewership shot up in late October when new questions were raised about Hillary Clinton‘s emails.

The timing couldn’t be better for Fox, thrown into uncertainty this summer with the ouster of the man who essentially invented the network, Roger Ailes. People wondered whether James and Lachlan Murdoch, who run Fox’s parent 21st Century Fox, would want to change the focus of a network that strongly appeals to conservatives.

“The rising tide of Trump and what he represents coincides well with what Fox traditionally has been,” Sweeney said.

Given its success, Lachlan Murdoch has been quoted as saying it would be foolish of Fox to change direction. His brother James, during an appearance at a Business Insider conference earlier this month, said there’s more to the network’s success than politics, and that the programming is very engaging for viewers.

Fox last month plugged Tucker Carlson into the 7 p.m. time slot vacated by Greta Van Susteren. The next big decision comes from prime-time host Megyn Kelly, who’s mulling whether to stay at Fox following the expiration of her contract next year. It’s an interesting case: Her talent is undeniable, but many of Trump’s fans are cool to her because their candidate was angered by her debate questioning.

The campaign was a boon to cable news in general. Fox, CNN and MSNBC will all finish with more viewers in 2016 than any other year in their histories, Nielsen said. Fox had the best ratings of any basic cable network for the first time in its 20 years.

CNN angered supporters of both candidates. Clinton fans say CNN gave far too much uncritical airtime to Trump in the formative months of his campaign; Trump, for his part, frequently tweeted criticism of the network.

Amid anecdotes that many voters went on a “news strike” following the election, CNN’s prime-time viewership in the five weeks after it sunk 51 percent from October, Nielsen said. CNN had an identical 51 percent decline during the same period in 2012. In 2008, CNN’s drop was 47 percent.

More than its rivals, CNN has traditionally risen and fallen depending on the news. That’s why chief executive Jeff Zucker has invested in more timeless nonfiction programming, such as Anthony Bourdain’s cooking travelogue. Expect more town hall events in the network’s future, similar to Van Jones’ attempt to get political rivals talking to one another.

MSNBC’s post-election decline was 41 percent, slightly higher than in past election years (36 percent four years ago, 35 percent in 2008).

The network faces personnel transition. MSNBC is looking for a new show to air at 6 p.m. and, with Trump taking office next month, it will most likely be Washington-based. Brian Williams’ 11 p.m. show that was supposed to run through the election and now will continue until Trump’s inauguration, and perhaps beyond.

One positive sign for all of the networks is that their viewership is still well above the historic lows of early 2015 before the campaign started. Fox’s prime-time viewership was just over 2 million for the first six months of 2015 and has been 3.1 million during the past five weeks. CNN’s pre-campaign average of 565,000 viewers is now 966,000. MSNBC has gone from 604,000 to 1.2 million.