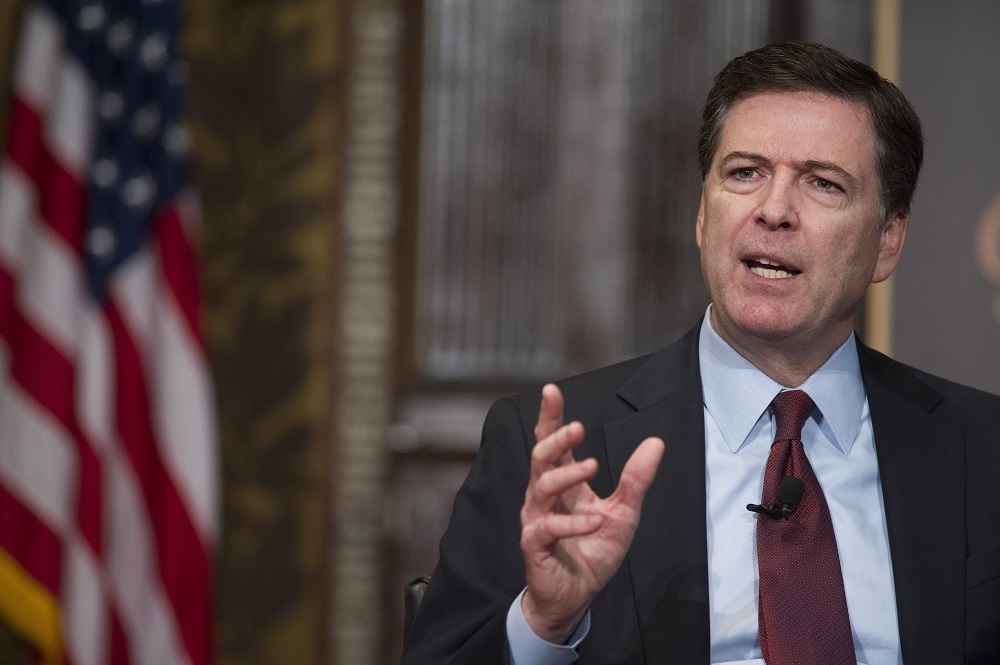 Donald Trump knew Monday going to be his day, but FBI Director James Comey confirmed one thing that really got Democrats angry. While confirming that there was “no information” to sustain Trump’s wiretapping claims, Comey let it be known that the bureau had been “quietly” investigating links between any of the president’s associated and Russian officials since July 2016.

The anger stems from the fact that while Americans were voting, one of the presidential candidates was under investigation by the FBI for having ties to Russia while the other one had been given a major dark cloud by the same organization. That’s the part that has many confused as to why Comey felt the need to announce that Hillary Clinton‘s e-mails were back under investigation at the tail end of the election but felt that there was no reason to also announce that the other candidate was being investigated for Russian ties.

This will be a big question hounding Comedy, and it will hopefully be one that is answered and makes full sense.

On a high note, Donald Trump’s team must have put him in the Twitter corner as he’s been very silent this morning. 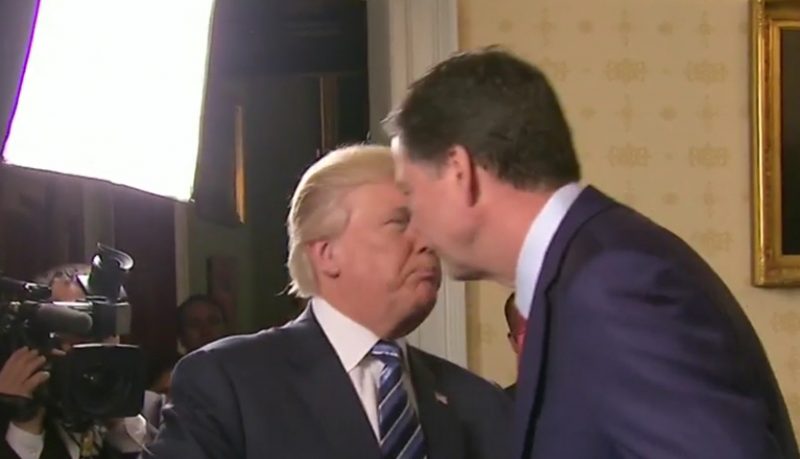 For the first time, Comey confirmed that the FBI had opened a probe into the Trump campaign in July, the same month he called an unusual news conference to announce the agency had finished its investigation into whether Hillary Clinton mishandled classified information – and three months before he scrambled the White House race a second time by announcing that the Clinton probe was continuing, just days before the election.

The revelation drew the ire of Clinton supporters who called out what they said looked like a double-standard and a breach of bureau norms that caused their nominee’s surprising defeat.

Clinton’s former press secretary, Brian Fallon, bitterly noted that “Comey at least waited until after the election to confirm there was an investigation related to Trump’s campaign.”

“In Hillary Clinton’s case, the FBI confirmed the fact of an investigation into her emails during the heart of the campaign, creating a damaging cloud even though the probe never produced charges of any kind,” Fallon said in an email Monday. “It is fair to ask why Jim Comey confirmed one investigation prior to the election, but not the other.”

The FBI and Justice Department do not ordinarily discuss open investigations. But Comey said Monday that he has been authorized to do so, given the extreme public interest in the Trump-Russia case.

“As you know, our practice is not to confirm the existence of ongoing investigations, especially those investigations that involve classified matters, but in unusual circumstances where it is in the public interest, it may be appropriate to do so as Justice Department policies recognize. This is one of those circumstances,” Comey told the House intelligence committee.

Comey’s televised news conference in July to discuss the results of the bureau’s investigation into Clinton’s email use came only after the FBI was recommending that it be closed without criminal charges. It was a rare display of openness; normally the FBI would privately relay that information to Justice Department prosecutors. Comey said intense public interest in the case warranted the rare candor.

Later, Comey testified about the case before Congress, promising to come forward if investigators uncovered new information that caused them to reopen their probe into Clinton’s emails. Given that testimony under oath, Comey said he felt obligated to tell Congress just weeks before the election that new emails had prompted investigators to take another look at whether classified information had been mishandled.

Comey sent the October 28 letter to Congress over the warnings of Justice Department officials that doing so would be inconsistent with department policy meant to avoid the appearance of prosecutorial interference or meddling in elections.

Investigators found emails on the laptop of Anthony Weiner, the estranged husband of top Clinton aide Huma Abedin. In a second letter dated November 5, Comey said the new material did not change the FBI’s decision to not recommend charges against Clinton – but Democrats believe that re-airing the scandal days before most voters went to the polling booths hurt their candidate.

“Doing some jobs right requires being in the news every day, becoming a household name, enraging everyone,” tweeted longtime Clinton aide Philippe Reines on Monday. “FBI Director isn’t one of them.”

The congressional hearings were the most extensive public accounting of a matter that has dogged the Trump administration for its first two month. The president has repeatedly denied any ties to Russia though several aides have come under scrutiny and his first national security adviser, Michael Flynn, resigned after initially failing to provide full disclosure about his contacts with the Russian ambassador to the United States.

Comey said Monday that Russia “hates” Clinton and wanted her to lose the election; he added that officials believe both political parties were hacked in 2016, but only Democratic emails were released.

Stephen Gillers, a professor at New York University School of Law who specializes in legal ethics, said Comey would have been justified in simply announcing that the bureau’s Clinton email probe was closed, rather than going further to criticize her work habits as sloppy.