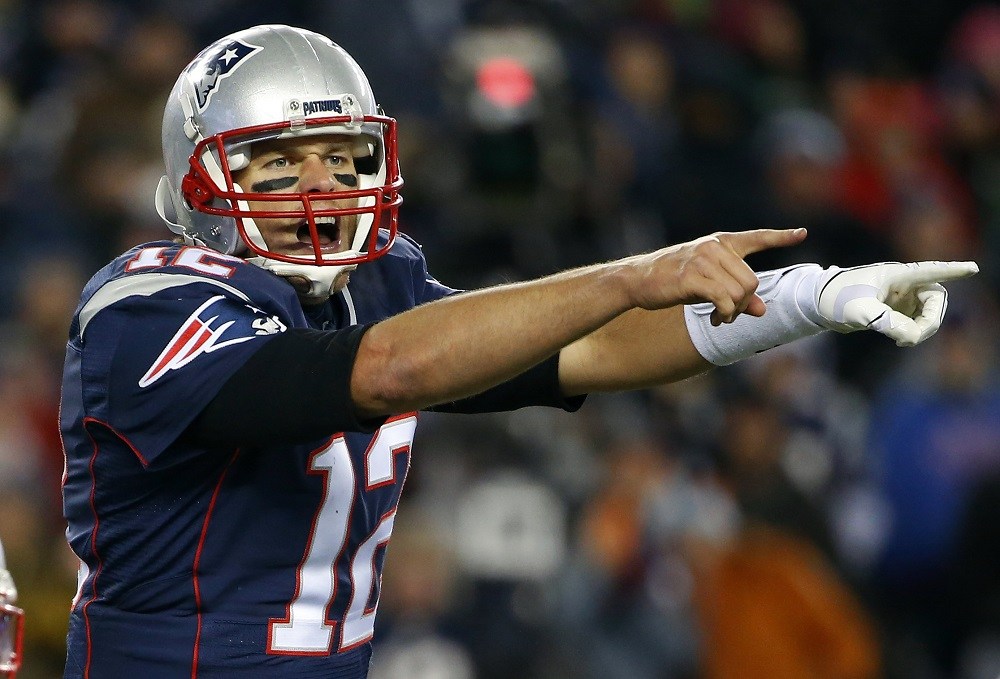 There’s a lot of football left to play in the real NFL season, but that’s not really the case in fantasy football land. Three games doesn’t sound like a lot, but it’s nearly 19 percent of the real-world season.

If your fantasy schedule is just 13 regular season games, then you best be getting your ass in gear if the first three weeks have left you in a bad spot.

Adrian Peterson seemed like a great pick until he was carried to the locker room “Band of Brothers” style versus Green Bay in week two, didn’t he? 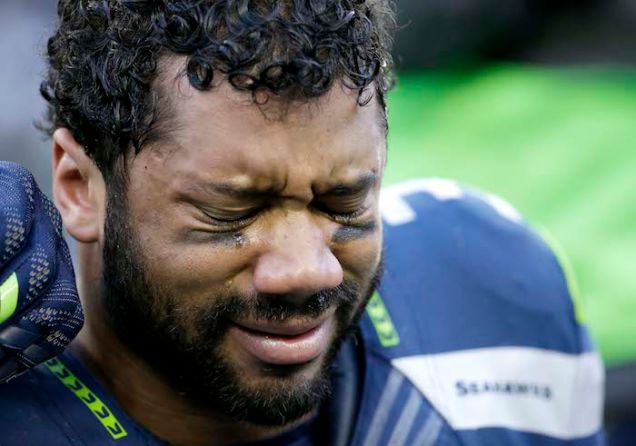 And Russell Wilson really pulled the wool over my eyes with that five-game tear he went on late in 2015. I had no idea his O-line would turn into a Chicago Bears type unit, and he would jack his leg up before I had a chance to catch my fantasy breath.

The good news is that your fantasy season is not over. Mine either.

Unless we lose in week four. In that case, we are screwed.

So what can we do with our sinking ship of a roster before it’s too late? Panic is the short answer.

Panic doesn’t sound like much of a plan, yet it’s better than the alternative of just throwing in the towel like a punk-ass Roberto Duran versus Sugar Ray Leonard back in the day.

Of course, you don’t want to continue to get embarrassed on a weekly basis with your roster of misfits and desperation waiver wire picks. But nobody likes a fantasy quitter.

“No mas” is not an option. Guys who just give up after a rough fantasy start should be kicked out of their fantasy league permanently.

I may well go 0-13 this year, but I will not go out like a punk. I’m gonna go down like a bloody Nate Diaz and take a few fantasy bodies with me. If all I can do is wreck somebody’s playoff hopes, then I will do just that.

I won’t fail to set my lineups each and every week, even for a lost cause. I will play the role of the card player that William H. Bonney spoke of in “Young Guns,” that told his pals, “I shall finish the game.” This despite the fact that the world was coming to an end.

I shall finish the game, even if that means trading my best player, Antonio Brown, away like Jimmy Johnson did to Herschel Walker back in the day. That diabolical move was the only time a blockbuster trade actually worked in the NFL, but I’m willing to roll the dice at this point.

So if you find yourself at the bottom of your fantasy league, I won’t tell you to stay calm. It is indeed time to panic. You need to take action right now before it really is too late. 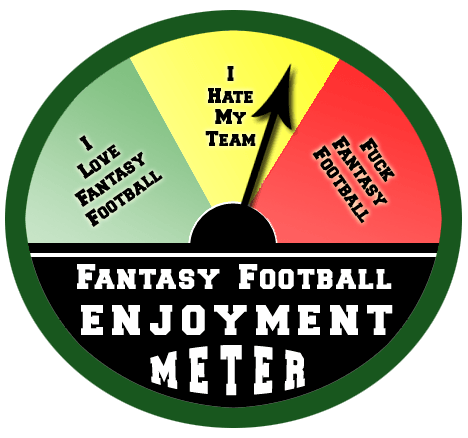 You need to make some trades, even if they seem insane. If you’re losing with a top five fantasy guy like Antonio Brown, then you can lose without him. You need to trade him for value.

Find your weak spots and make a non-sexy trade. You have to have the consistency to climb back into the playoff hunt. One premier guy may not be enough. So shake your suck-filled roster up before the fat lady starts tuning up at your expense. Get two solid players for one so-called “untouchable.”

Desperate moves could make things worse, and that’s cool. The main thing is that you do not give up. Mike Tyson didn’t give up in Tokyo when Buster Douglas was bullying the bully all over the ring. Iron Mike nearly knocked the underdog out cold on the champ’s worst night.

Tyson didn’t give up when Evander Holyfield started dominating the action in their second fight. It was classless and probably a felony to bite part of Holyfield’s ear off, but Tyson was still fighting. Maybe not to win, but to survive.

That’s all you want to do from week four on if you find yourself as the league’s doormat. Just survive and advance.

I’m in the same boat as a lot of you in my season-long fantasy league. Things have not worked out like I had planned, even with the number one pick overall.

But it is not over yet. If I go down, I will go down with tiny bits of my opponents’ ears in my mouth.

Fantasy football is a dirty game. Lots of backstabbing and trickery.

Starting out on a losing streak from the jump is a clear sign that you have to play even dirtier. If you end up the biggest loser in your fantasy league, you can still hold your head high at the end of the day as long as you put in the effort.

And there’s always DraftKings and FanDuel once all hope is truly lost in your season-long league.