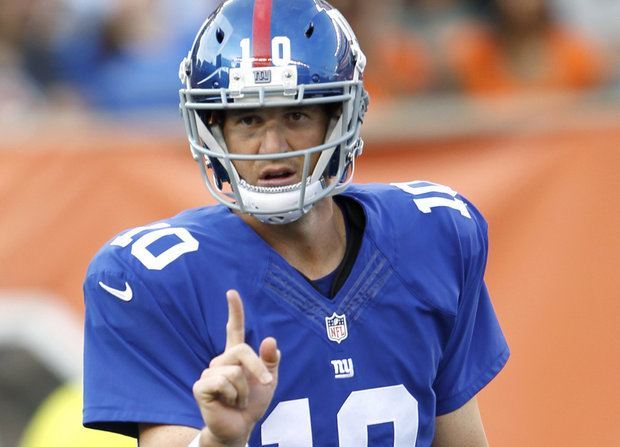 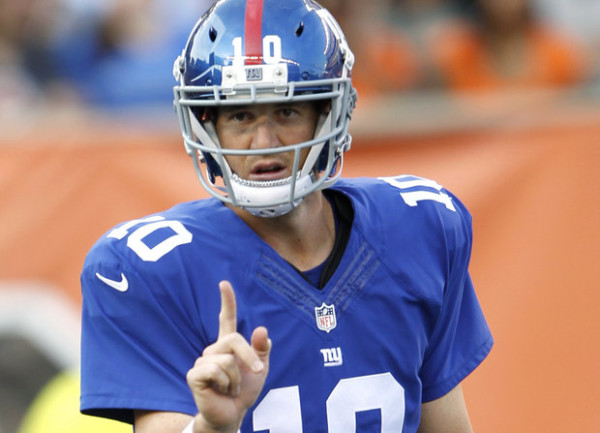 The Cincinnati Bengals remained perfect against the Cleveland Browns to kick off Week 9. Johnny Manziel did his best, but Mike Pettine still managed to screw everything up after halftime.

Anyway, go set your lineups. Or if you have Matt Forte, Steve Smith Sr, and Kendall Wright like me, just chalk this week up as an L and move on. Either way, here’s a few players to think about in your fantasy leagues and Draft Kings games:

Start—Eli Manning, QB, New York Giants: Eli may have been out-shined by Drew Brees last week, but if you played or played against him you definitely remember the 350 yards and six touchdowns he tossed against the New Orleans Saints last Sunday.

The Saints defense is a great matchup for any QB, but the Tampa Bay Buccaneers shouldn’t put up much resistance to the two-time Super Bowl MVP either. I mean, Matt Ryan, Kirk Cousins, and Blake Bortles all did well against the Bucs, so Eli better.

Last time Manning played the Bucs he threw for 510 yards and three touchdowns. It may not be 50 fantasy points again, but no owner would complain to see that stat line from their quarterback.

Sit—Frank Gore, RB, Indianapolis Colts: Gore had 92 total yards this past Monday against the Carolina Panthers on more touches than he’s seen all season. Normally this would be a good thing, but on the other hand that was the third game in a row where he failed to reach double-digits for fantasy owners.

And there’s the whole short week heading into a matchup with the number one defense in the NFL. That’s usually not an attractive start. The Denver Broncos may have given up seven rushing touchdowns this season, but only Jamaal Charles and Adrian Peterson have been able to get past 45 yards against Wade Philips’ scheme.

And let’s be honest, do you really trust Andrew Luck to set Gore up in a position to score this week?