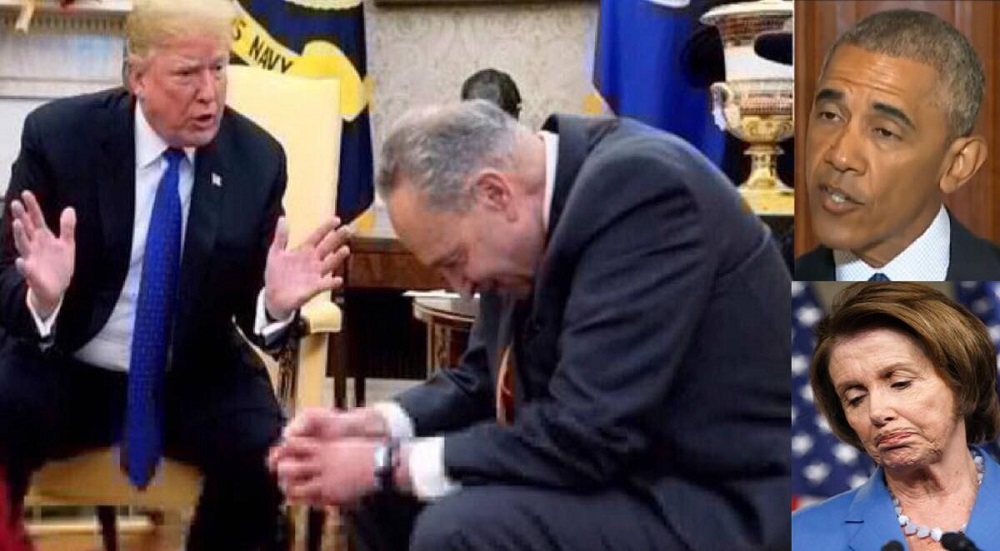 As The Washington Post creates a new lying category for President Donald Trump after his 6K lies, the week has seen more fake news sprout up on social media including Illinois taxing residents for moving and a listeria outbreak.

Here are the real facts behind these fake news stories that captured the minds of social media users the past week.

Iran $150 Billion For Nothing

THE FACTS: There was no $150 billion payout from the U.S. Treasury to Iran, according to a fact check. The erroneous claim, which is circulating widely on social media, was made in a tweet Wednesday by President Donald Trump after a contentious meeting with House Democratic Leader Nancy Pelosi and Senate Democratic Leader Chuck Schumer about funding for a border wall. Trump has made the Iran claim before. A fact check published April 24, 2018, found that the money Trump refers to represents Iranian assets held abroad that were frozen until a deal was reached in 2015 to curb Iran’s nuclear program and ease sanctions. Tehran was then allowed access to its funds. Trump is seeking $5 billion in an upcoming spending bill to put toward construction of a wall along the U.S. southern border. Democrats have voiced opposition to spending more than $1.6 billion for border security. 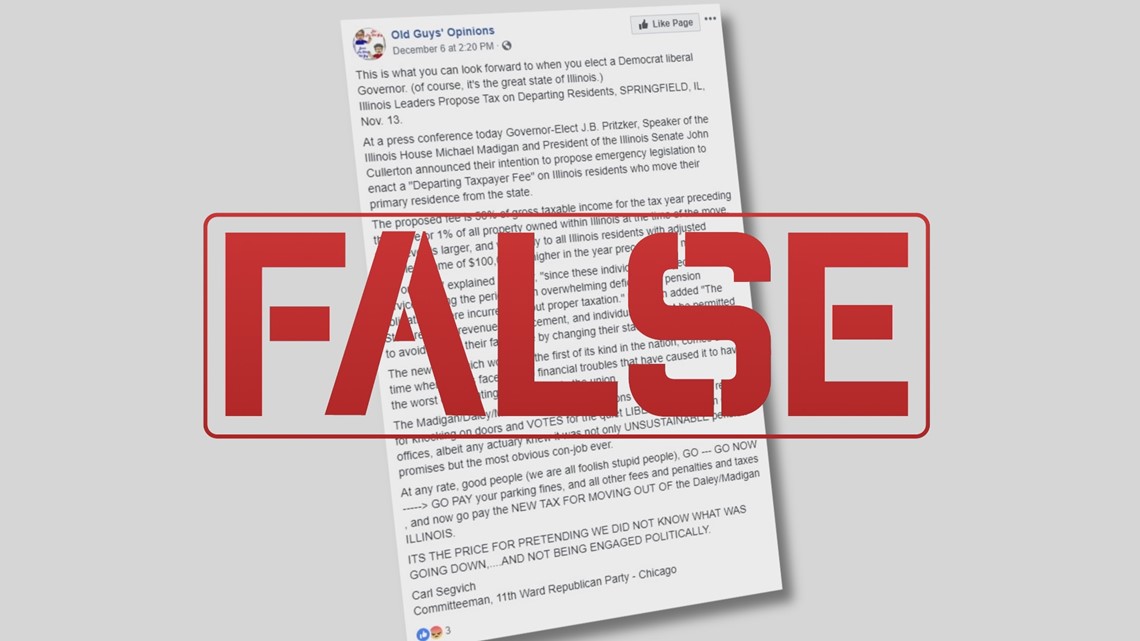 THE FACTS: Posts circulating on Facebook wrongly state that incoming Illinois Gov. J.B. Pritzker held a press conference with Illinois House Speaker Mike Madigan and Senate President John Cullerton to announce a plan to tax residents, making $100,000 a year or more, who relocate to another state. Pritzker did not propose such a tax and has not held a press conference with the state’s top Democratic legislative leaders since being elected. The false post said plans were announced for a “departing taxpayer fee,” which would either assess a 50 percent tax on a year’s income or a 1 percent tax on property owned by those leaving. Some social media users gave a press conference date of Nov. 13. The governor did not hold a press conference that day, according to news release archives on his campaign website. Pritzker campaign spokeswoman Jordan Abudayyeh confirmed to media outlets that Pritzker has not proposed a “departing taxpayer fee.” 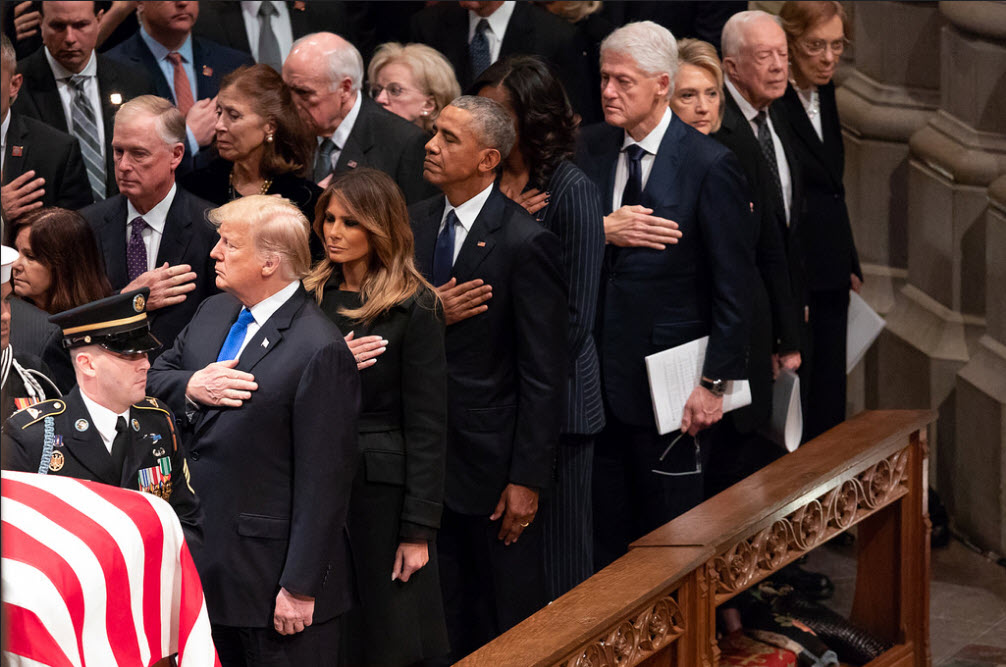 THE CLAIM: “DO NOT post memes about how terrible it is to kneel during the national anthem when your dear leader cannot even put his hand over his heart during WWII VETERAN George HW Bush’s funeral!”

THE FACTS: The statement is circulating on social media with a photo that shows Trump standing with his arms to his sides as Bush’s casket is carried to the front of the National Cathedral. The photo was taken after he had lowered his hand. Multiple pictures show Trump with his hand over his heart as Bush’s casket passed his pew, both as it was brought in and as it was taken out. Guidelines for military funerals state that military personnel not in uniform should hold their right hand over their heart at any time the casket is being moved. The practice is commonly observed by civilians in attendance as a mark of respect for the service and sacrifice of the deceased. Bush was a naval aviator and World War II hero. 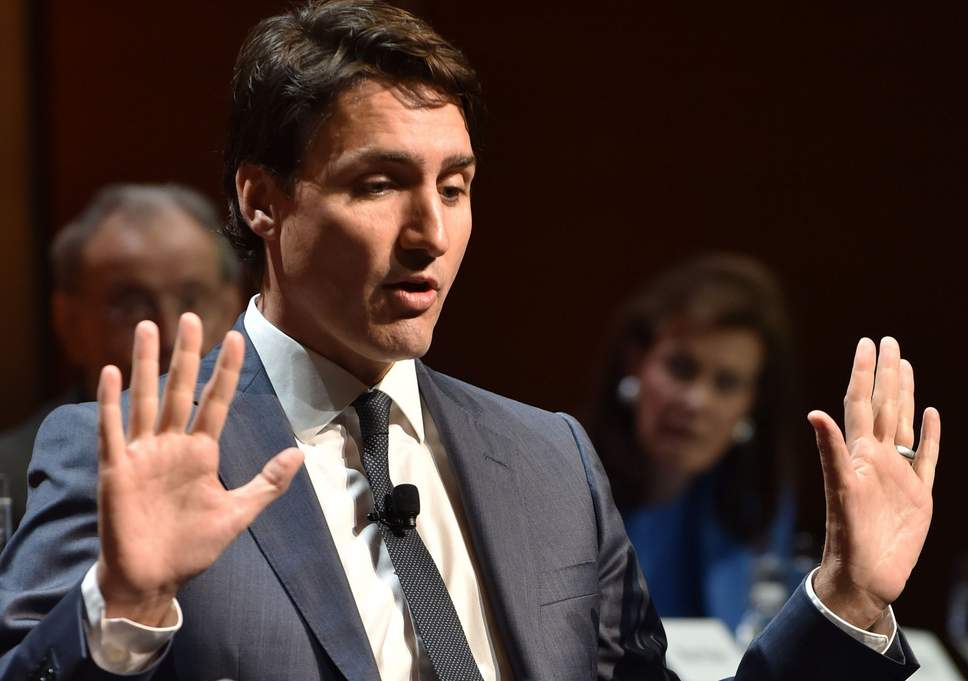 THE CLAIM: “Trudeau installs UN flag at border crossing as the Liberal leader prepares to cede control of our borders to the UN.”

Why is the UN Flag flying high at the Peace Bridge? Why is the #Trudeau Government against controlled immigration, Freedom of Speech&liberties. Why does he not respect Canadian Values? Why does he want to destroy our sovereignty & this GREAT NATION🇨🇦? #NoGlobalCompact #cndpoli pic.twitter.com/fH7Tv0Cc12

THE FACTS: Canadian Prime Minister Justin Trudeau did not install a U.N. flag on the Peace Bridge, as a photo caption states in a post circulating on Facebook and Twitter; and there are no plans by the government to give the U.N. power over the country’s borders. Social media users began sharing the photo on Monday as Canada, along with more than 150 countries, adopted the non-binding Global Compact for Safe, Orderly and Regular Migration. The agreement is part of an effort to help countries deal with mass migration comprehensively and has led to false claims online, including that the pact would take away Canada’s sovereignty. Ron Rienas, general manager of the Peace Bridge Authority, said the U.N. flag has flown from the bridge for more than 40 years. 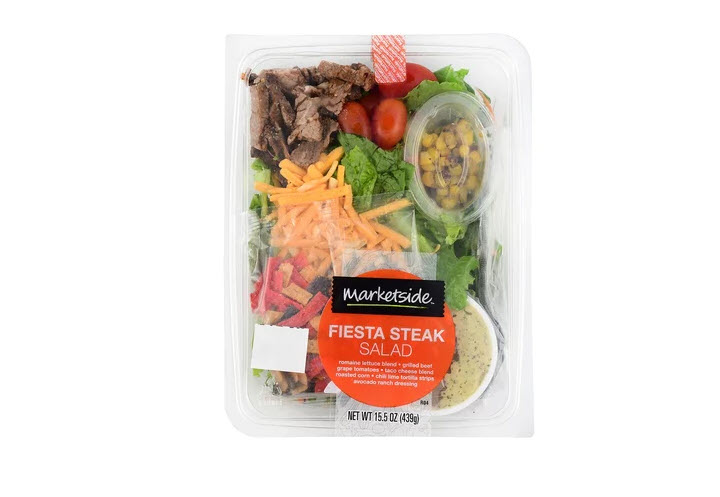 THE FACTS: No nationwide listeria outbreaks involving vegetables have been reported in December by either the U.S. Food and Drug Administration or the Centers for Disease Control and Prevention. The false report, circulating under the guise of a public service announcement, states that listeria contamination was found in vegetables sold in popular supermarkets across the country and “could potentially affect millions of Americans.” The information used to support the claim is from an Oct. 22, 2017, Miami Herald story about a “listeria-inspired” recall of products by Mann Packing.