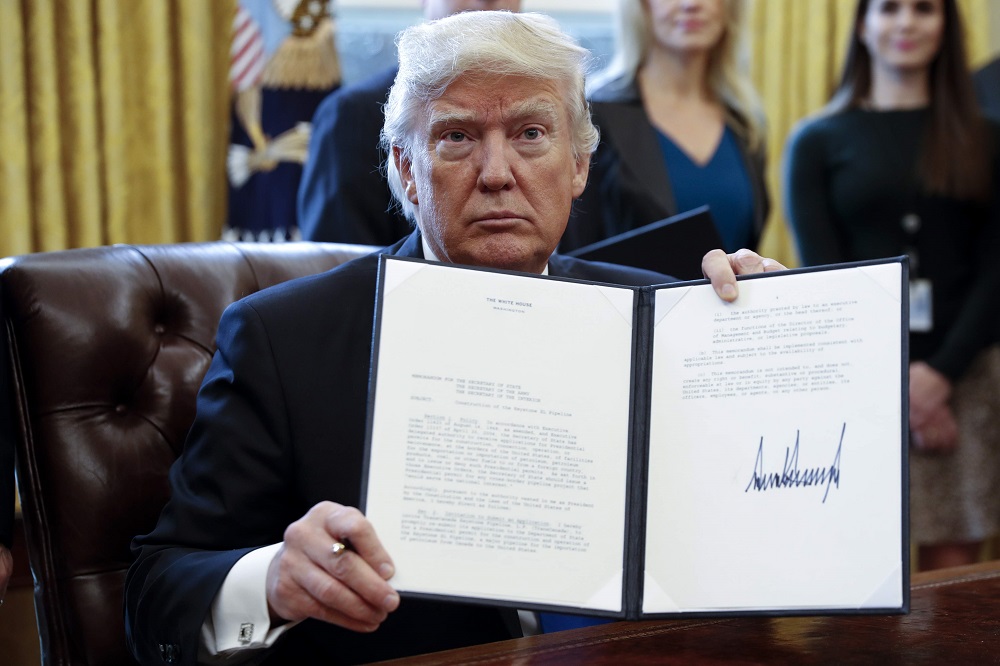 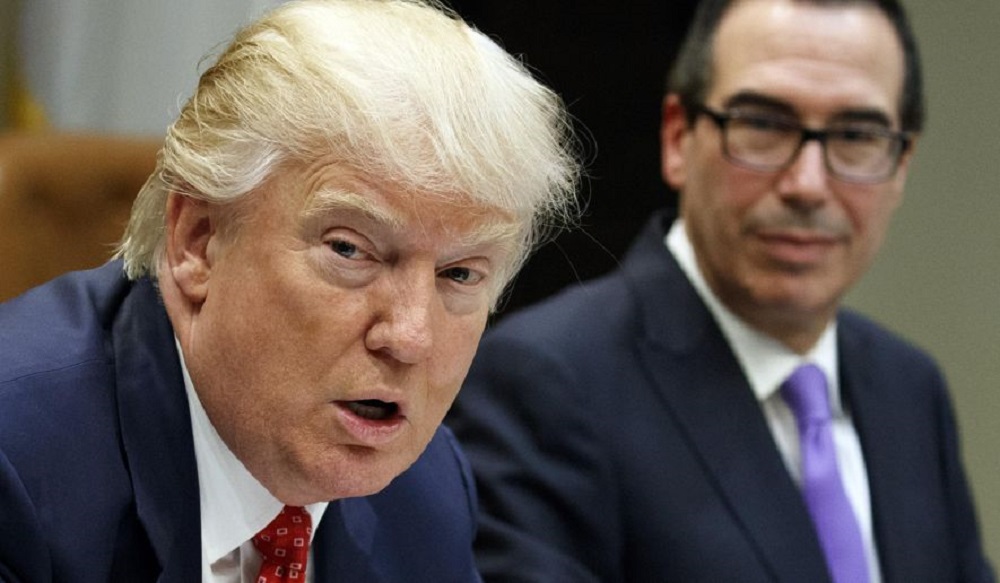 It goes without saying that the one person who will benefit ‘big league’ from Donald Trump‘s tax plan is Donald Trump. He’s been boasting that his one-page plan will overhaul and fix the U.S. tax code better than any President before him could.

Getting to the bottom of President Donald Trump’s tax plan is difficult because it exists so far as bullet points on a single page, with no detail. Still, there are reasons to be wary about some of the claims coming out of the White House about it. 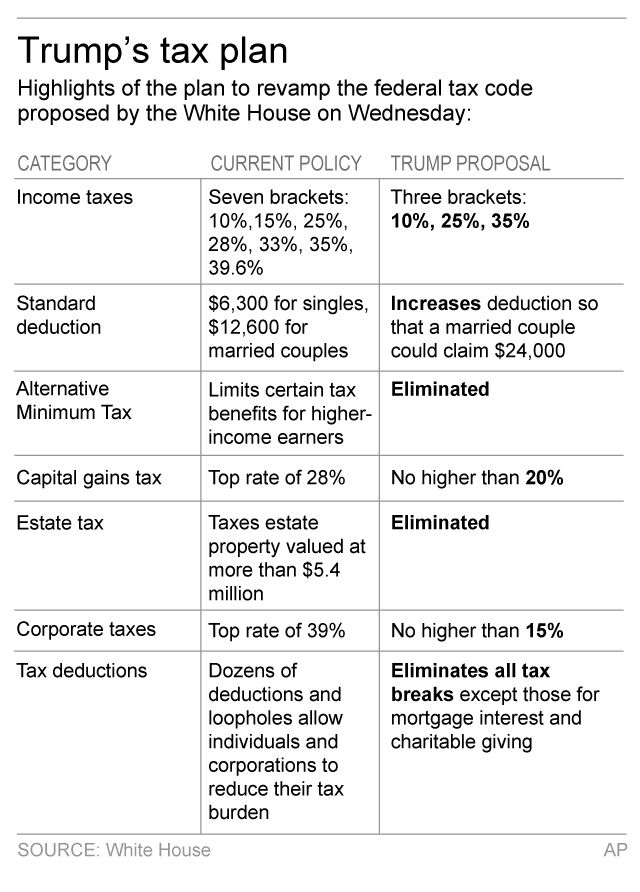 CLAIM: TAX CUT IS BIGGEST EVER

Treasury Secretary Steve Mnuchin, in remarks Wednesday, channeled Trump’s penchant for exaggeration. “This is going to be the biggest tax cut and the largest tax reform in the history of our country,” Mnuchin contended.

The headline of the administration’s one-page, double-spaced release made the same claim. At a briefing later, Trump economic adviser Gary Cohn walked that back a bit, calling it “one of the biggest.”

So how ambitious is it?

At first blush, it appears to be smaller than President Ronald Reagan’s 1981 tax cut, the biggest ever. That plan reduced federal revenues by almost 19 percent, according to a Treasury report. In today’s dollars, that would mean a tax cut of more than $600 billion a year or well over $6 trillion over the next decade.

An early analysis by the nonpartisan Committee for a Responsible Federal Budget estimates federal revenue would probably drop $5.5 trillion over a decade under the Trump plan, shy of Reagan’s record-breaker. That assumes all elements of the plan are approved by Congress, which is doubtful. 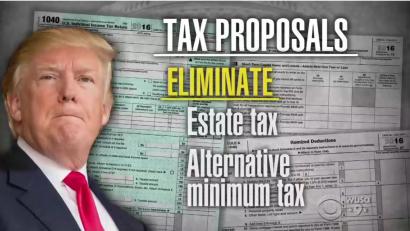 CLAIM: THE TAX CUTS WILL PAY FOR THEMSELVES

Mnuchin said the plan “will pay for itself with growth,” reduced deductions and “closing loopholes.” Tax experts are skeptical, and they’re backed up by history.

Reagan’s steep cut in 1981 contributed to years of deficits, even after he was forced to raise some taxes in subsequent years to stem the red ink. President George W. Bush’s 2001 and 2003 tax cuts were also followed by large deficits.

“No tax cut has ever been self-financing,” said Howard Gleckman, a senior fellow at the nonpartisan Tax Policy Center.

In its analysis of the Trump plan, the Committee for a Responsible Federal Budget said “no achievable amount of economic growth could finance it, ” and it would drive the debt to 111 percent of the gross domestic product by 2027, compared with 77 percent now. The group advocates for deficit reduction as a pillar of economic growth.

Alan Cole, an economist at the right-leaning Tax Foundation, has calculated that Trump’s corporate tax cut alone would cut federal revenue by $2 trillion over 10 years. Growth would need to accelerate to 2.8 percent a year, from its current pace of about 2 percent, to pay just for that cut. But Cole forecasts growth would increase by only half that amount, resulting in ballooning deficits.

Based on the outline, there’s every reason to believe the wealthiest people in the United States will receive the biggest cuts under Trump’s plan, though many low- and middle-income families would benefit, too.

The lack of specifics makes it hard to say precisely how the cuts would be distributed. But the plan is similar in outline to Trump’s campaign proposal, which would have given nearly half its benefits to the wealthiest 1 percent of Americans, while middle-income households would have received barely 7 percent of the cuts.

The White House is also proposing to eliminate the estate tax and alternative minimum tax, both of which primarily impact upper-income Americans. The AMT is a separate tax calculation intended to ensure that richer people don’t avoid paying most or all of their taxes by claiming multiple deductions and credits. In 2005, Trump himself paid $36.5 million in taxes, mostly because of the AMT. Without it, he would have paid just $5.5 million, according to a leaked copy of that year’s return.

The biggest windfall for rich people could come from Trump’s plan to lower the top tax rate for small-business owners to 15 percent from 39.6 percent. The true effect will depend on how the Trump administration defines a small-business owner. If the tax cut applies to all business income reported on individual tax returns, it would be a huge benefit for many wealthy families.

Mnuchin said Trump will propose safeguards to prevent rich people from taking advantage of this tax cut, but provided no details on how that would work.