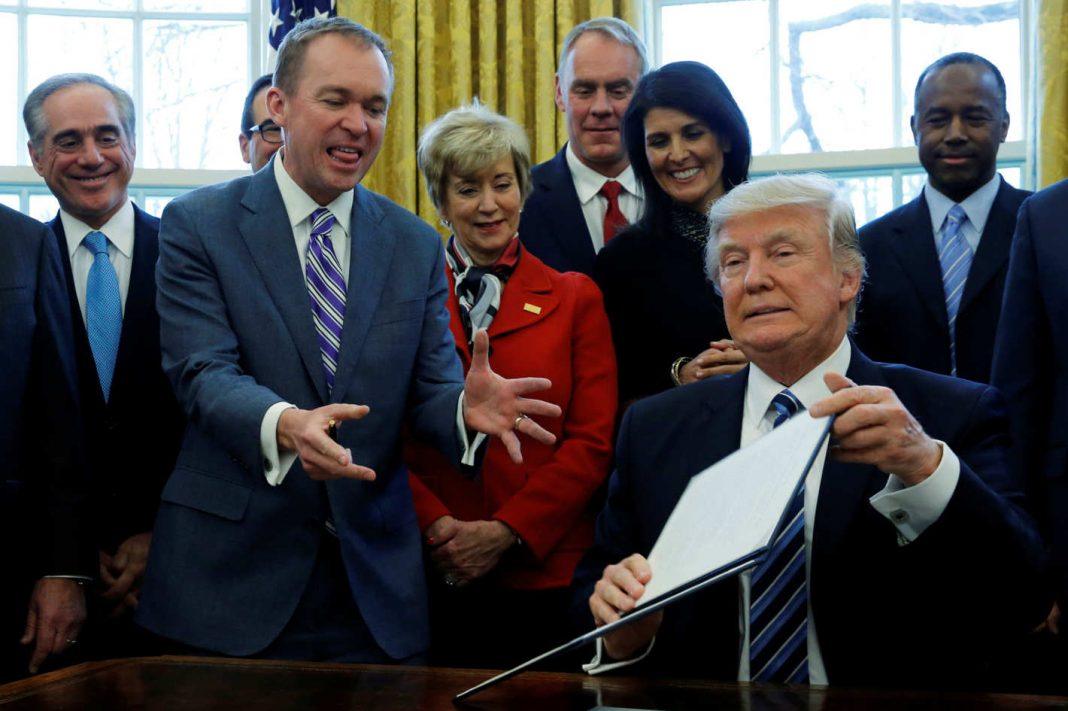 At Day 124, Donald Trump is still finding reasons to blame former president Barack Obama for all his problems, and now he’s extended it to why Iran is still standing. Budget director Mick Mulvaney has piled on claiming that the Obama administration had it all wrong on their growth forecasts.

At this point, I’m sure most Americans would rather see the two just get something productive done that won’t hurt most of the people who voted this administration in.

As President Donald Trump tells it, Iran would be a collapsed state by now if only the Obama administration had refused the 2015 deal that eased economic sanctions in return for a freeze on Iranian nuclear development. This starved-into-submission scenario, however, doesn’t fit with the circumstances of that time.

Here’s a look at Trump’s statement on the subject:

TRUMP, on why the U.S. under President Barack Obama should not have agreed to the Iran nuclear deal: “I think they would have failed, totally failed within six months. We gave them a lifeline, and we not only gave them a lifeline, we gave them wealth and prosperity. And we also gave them an ability to continue with terror and with all of the things they’ve been doing.” – Statement in Jerusalem on Monday, standing with Israeli Prime Minister Benjamin Netanyahu.

THE FACTS: What would have happened absent the deal is impossible to say, but such an imminent collapse of Iran’s economy was highly improbable.

International sanctions on Iran in response to its nuclear program had indeed driven its economy into crisis earlier this decade. But even before the nuclear deal, Iran had cut budget expenditures and fixed its balance of payments. It was still exporting oil and importing products from countries such as Japan and China.

International economists, as well as U.S. officials, did not foresee an imminent economic collapse, though Trump theoretically could be citing a classified or otherwise non-public assessment.

“There is no evidence to suggest that the Islamic Republic would have fallen within six months,” said Karim Sadjadpour, an Iran expert at the Carnegie Endowment for International Peace.

Patrick Clawson, who heads the Washington Institute for Near East Policy’s Iran program, called Trump’s claim an exaggeration. Iran’s leaders worried about the potential for social unrest, but the economy was in a sustainable state. “I don’t know what ‘totally failed’ means in terms of an economy,” Clawson said.

The July 2015 multinational deal froze Iran’s nuclear program in return for an end to a variety of oil, trade and financial sanctions on Tehran. Iran also regained access to frozen assets held abroad.

Nevertheless, Trump also exaggerates in suggesting the deal has made Iran prosper. While the government is buying planes from the likes of Airbus and Boeing, and wooing other big foreign companies, Iran is still struggling to attract international investment. A major theme of its recent presidential campaign was the lack of economic benefits that ordinary Iranians are seeing from the agreement.

Although Trump frequently promised in the presidential campaign to get the U.S. out of the deal, he has not done so. 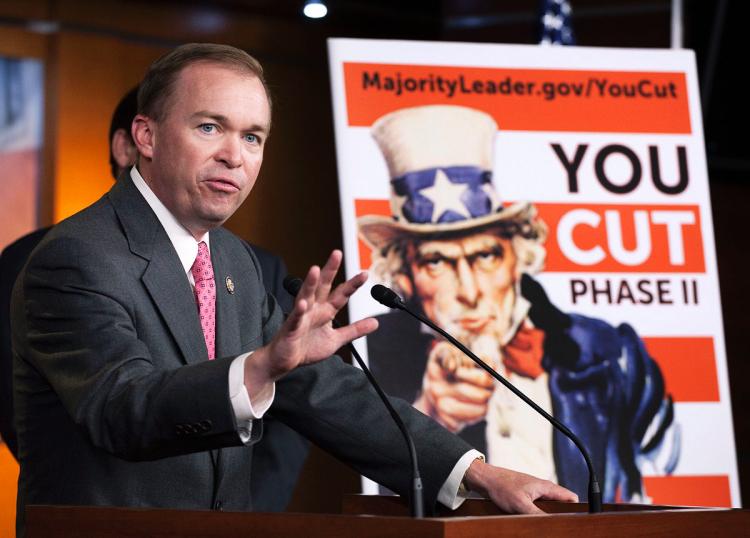 Trump budget director Mick Mulvaney, defending an administration that promises more economic growth than many think it can deliver, said Tuesday it’s the Obama administration that went overboard in its forecasts for growth. His indictment glosses over significant differences in the economy now and then.

A look at his statement on the subject:

MULVANEY, head of the Office of Management and Budget: “I went back and looked at some of the economic assumptions that the Obama administration made in its first couple of years. And I want to say on a couple of different occasions; their assumed growth rate was more than 4.5 percent. Come on, this is the first administration in history – OK? – it was the first decade, the first eight-year period in history not to have a 3 percent growth rate. Yet they were promising us 4.5 percent growth.”

THE FACTS: Former President Barack Obama’s expectations for growth were in line with accepted economic views at the time. Here’s why:

When Obama became president in 2009, the economy was stuck in the Great Recession. The gross domestic product had plunged 2.7 percent in 2008. It fell further in 2009. So Obama’s economics team figured that the economy would naturally rebound at a stronger pace than its average growth rate-the kind of acceleration that had previously happened coming out of downturn.

Obama’s first budget in 2009 estimated growth would be above 4 percent in 2011, 2012 and 2013. It would then settle into an average growth rate of 2.6 percent starting in 2015. That isn’t that far from separate estimates by the Congressional Budget Office that expected growth to average 4 percent from 2011 to 2014, before reverting to a 2.4 percent average.

Of course, the growth expected under Obama never materialized. The economy expanded instead at a sluggish pace, closer to 2 percent a year, leaving many voters who supported President Donald Trump feeling left behind.

Trump’s budget is more ambitious than Obama’s, rosy but thin on rationale for the optimism. It anticipates shifting growth above 3 percent, much higher than Obama’s long-term average.

Average growth has declined from its averages in the decades after World War II because fewer workers are entering the economy – largely a reflection of the aging baby boomer population that’s starting to retire. Productivity gains have also been poor in recent years, limiting how much the economy can expand.