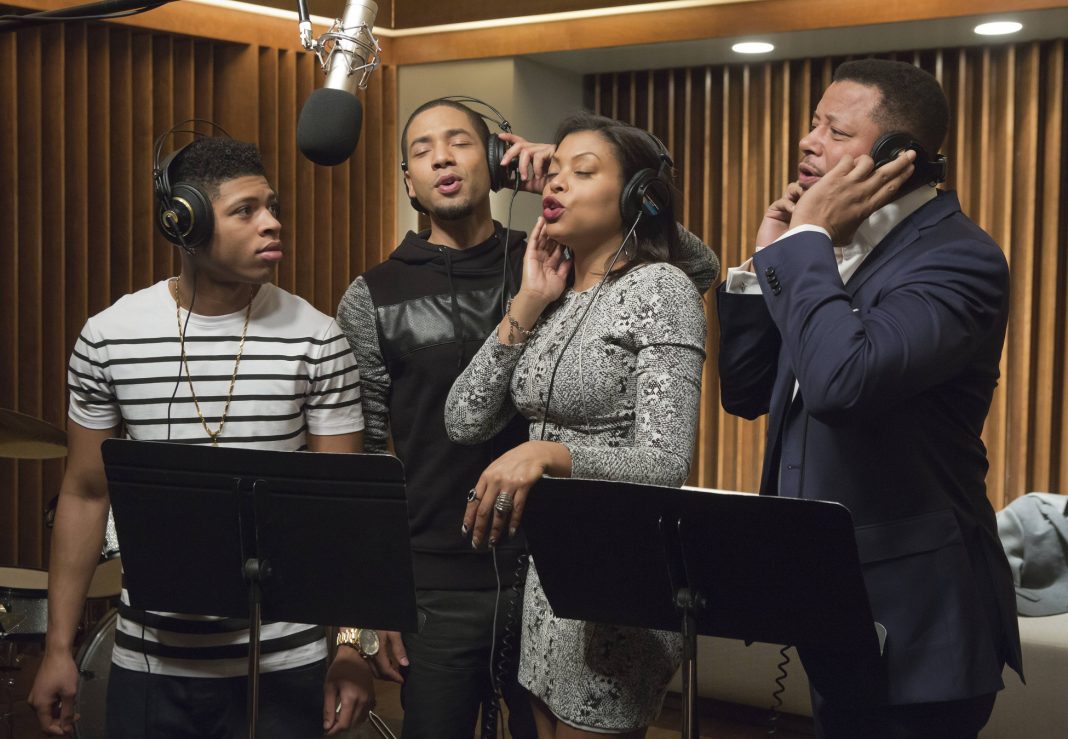 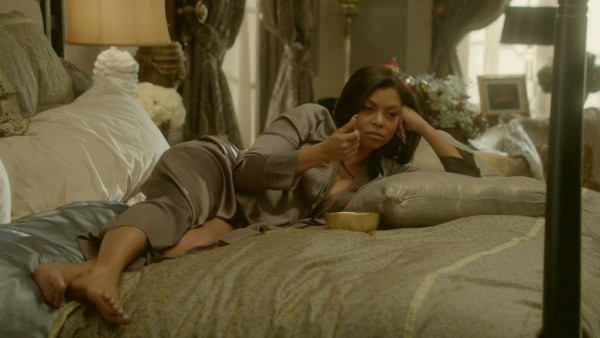 The week on Empire, we open up with Cookie and Lucius the morning after in his room.  She tells him straight up, You want Cookie’s nookie, ditch the bitch.” Lucius says okay. I am not sure what is really going on here, but I am pretty sure it’s not going to turn out how Cookie wants. He’s a player, you know they don’t retire that easily. 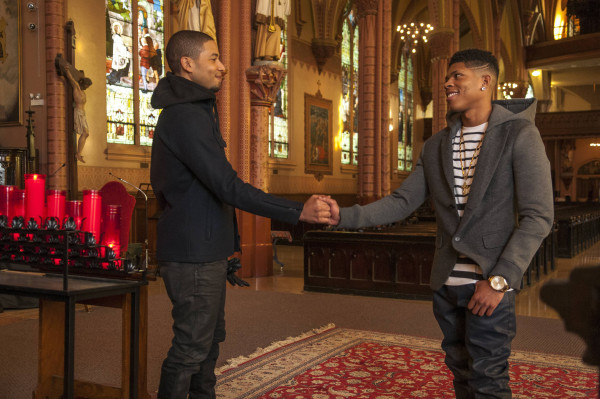 Jamal and Hakeem meet at a church were we see Keem kneeling at an alter prayer and crying (Lucius told them in the last episode he has ALS). It seems that they have squashed whatever beef they had and are coming together to do a family project honoring Lucius’ legacy. All of this of course is to Andre’s dislike. His plan to take over Empire is slowly unraveling… or is it?

Lucius meets with Ryan Morgan, a documentary film maker, about filming the legacy party and the making of the legacy album. As they speak, Anika comes in and confronts Lucius about first of all, why he had her father sign that he had a clean bill of health. She then goes right into asking him why he fucked Cookie and this nigga blames his ex-wife saying she caught him in a bad place, you know with his ALS. Anika then tells him that if he wants to keep her, he has to marry her now. He says to wait at least after the white party, which is the next night, and she says okay. They agree to announce at the party that they are getting married the following weekend. Damn, Lu you playing both of them. 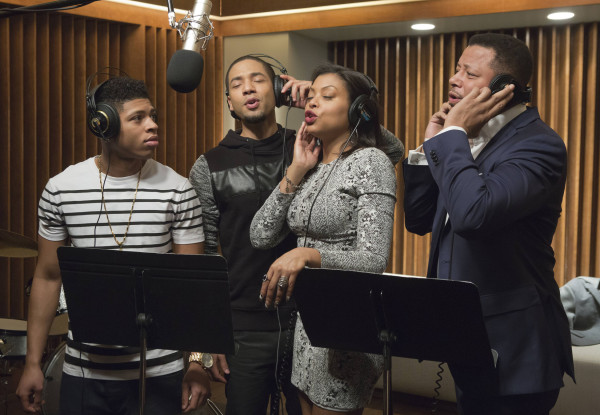 In the studio, Hakeem blows up at Cookie and Lucius wants to get to the bottom of their tension. Hakeem tells his mother that she is not the boss and that he doesn’t like the fact that she loves Jamal more than him. Here is the first time they have a tender moment and Hakeem actually lets down his guard with her. Lu asks him if he can make an effort to get to know his mother and he jokingly says no. They share a laugh and move on with the recording.

Lucius is really bold and keeps telling lies to these women. He declares his love for Cookie but then tells Anika he’ll leave her only to screw his ex in the studio on the sound board and shit. He is playing a dangerous game here and I am sure he does not care one bit.

Andre pimps out his wife in order to get one of Empire’s board members on his side. They go to their house we see that the investor he is in a wheelchair. Rhonda doesn’t like the situation and is literally sick to her stomach when the investor tries to hit on her and she throws up in her food.

Later, Jamal and Ryan bond over the fact that they both are gay. Jamal warns him that he shouldn’t let Lucius knows if he wants to work for him and Ryan tells him he doesn’t care what he thinks, this is who he is. He encourages Jamal to be who God made him for his life and for his daughter.

Then in cold ass news, Andre, who worked so hard with Vernon to get votes for him to be in charge in case something happened to Lucius, is struck down by his father who gives him a nay at the “voting.” He takes this very hard. 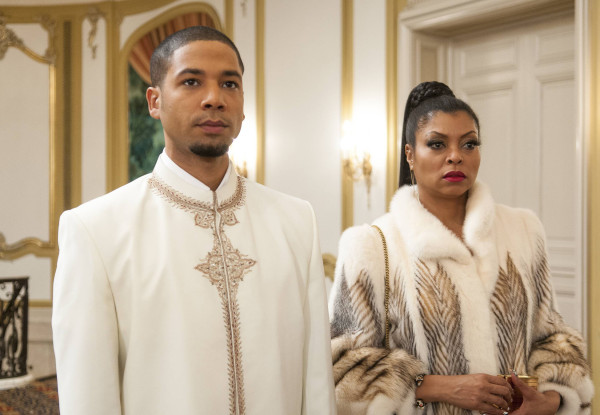 At the all-white party, after Jamal tells Cookie that he doesn’t like the fact that she wants Hakeem to go last on the song, Lucius walks in with Anika who instructs everyone to make sure they stay until the end for a special announcement. Of course Cookie wants to get to the bottom of this and Lu tells her point blank, “it aint gonna happen,” because he’s not leaving Anika and they are in fact getting married sooner than later. She walks away from him, but not before telling him to “go to hell.”

Cookie then goes and gently grabs Anika (and the two walk arm and arm) to congratulate her on their upcoming wedding. She also tells her about her and Lucius’s big sex night in the studio after he Anika he was through with Cookie. This does not sit well with the soon to be Mrs. Lyon.

Hakeem shows up with Camilla and introduces her to Cookie. She checks her and tells her to stay away from her son. And this chick has some balls because she tells Cookie that Jamal better go last at the end. In the words of his momma, “okay Yoko Ono.”

Lucius encourages Jamal to not back out of the song but to go ahead and do it. Not for his mother or for him, but because of the music. Jamal takes this moment to let the whole world know that he is indeed gay. His father told him to stay true to his truth and that is what he did. Lucius stands there in calm shock, not moving or saying a word. 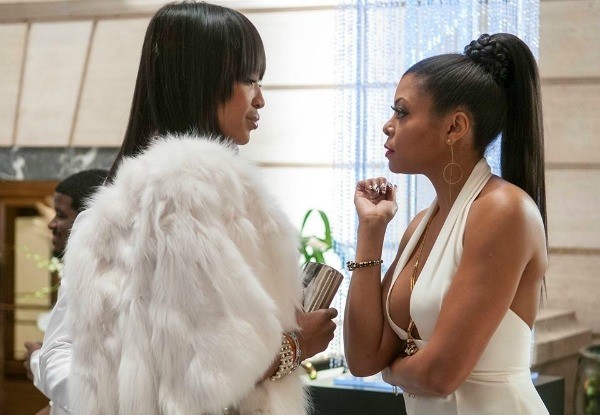 The next day, it is all over the news. Lucius comes into Empire with sunglasses on strolling through solemnly. He meets with Vernon and Andre asking if they have heard from Jamal. He excuses Vernon to speak to his son and he tells him that he voted against him because he doesn’t trust him (and because he brought that white woman into his family). Lucius pegs his son right here and pretty much tells him that he’s not leaving his company to someone who is trying to tear his family apart.

After getting the crushing blow from his father, Andre sits in a studio with a gun to his head (this has gotten deep). He pulls the trigger but nothing happens.

Anika, scorned, goes to see Billy Baretti, Lucius nemesis. We are not clued into what transpired but it is pretty clear that she is about to wage war. Lucius shows up at Cookie’s and asks her if she said something to Anika because she didn’t show up at the wedding planner. He tells her that he will not leave her and what they did was just in a moment of weakness. He then tells her that the legacy album is dead, “I’m done” because of Jamal coming out.

The episode ends with Cookie holding the picture of her family and flashing back to when she was in jail.

There are only three episodes and we all wait with great anticipation.