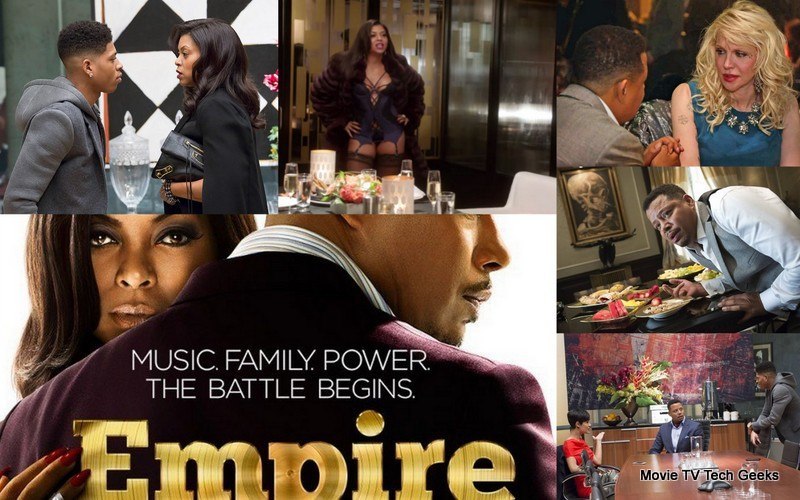 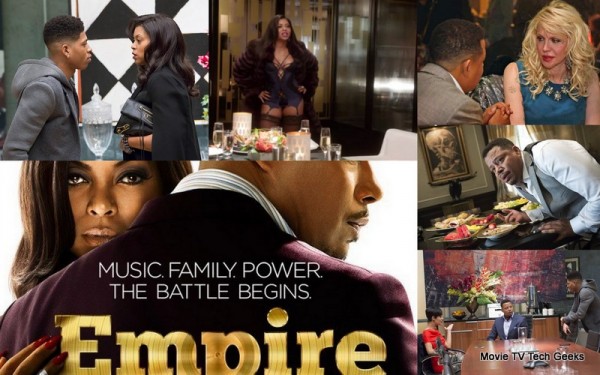 This week Empire is explosive. People can say what they want but this show is on fire. The ratings continue to “defy gravity” and I have to admit, it draws you in more and more each week. 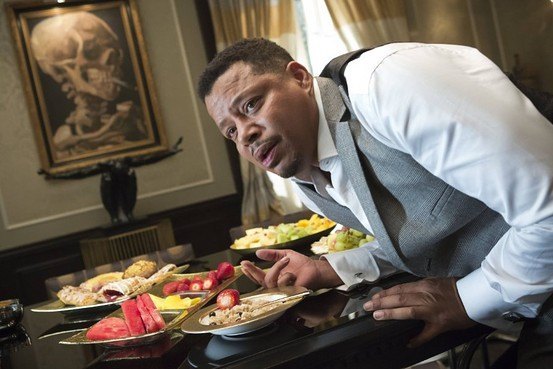 So let’s jump right into it. Cookie mistakes Luscious rose he left at her doorstep last week for something that it was not. He invites her along with the rest of the family to announce that he and Anika are getting married. Cookie sits there listening to “Little Miss Debutante” explain how it all happened. Cook is plucking the pedals from a rose as Anika talks and then lets the cat out of the bag. “So let me get this straight, last Wednesday you come to my house and give me a rose after you propose to this bitch?” Well damn Cookie, just get straight to the point why don’t you. 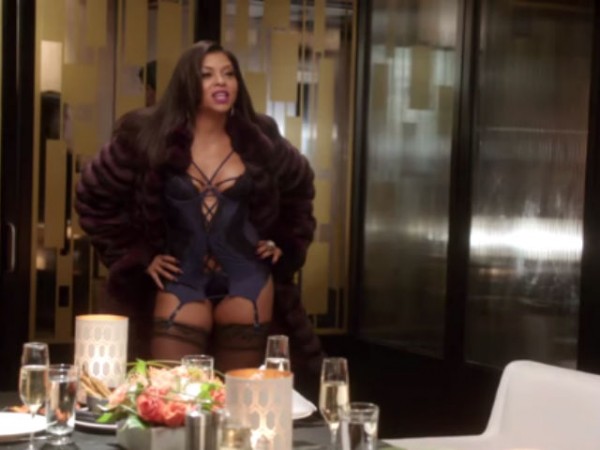 Now the next part, I literally laughed out loud. This chick stands up, throws what’s left of the rose at Luscious (and his “bitch”) and then opens up her mink coat, “You think I came here dressed like this for a friendly get together?” Cookie got the lingerie with the lace and cut outs on. She then proceeds to dismiss herself from the room but not before she slaps her derriere and says, “Anika, this is an ass.”

Next, Cookie and Jamal listen to his new song and vows to her baby that she will get that song on the chart with or without LuciusLyon.” Damn right Mamma Lyon. Michael catches her as she leaves out and asks her if she thinks Jamal is acting “different.” Cookie pretty much tells him to make sure he has his own thing because you never know what can happen when people become famous. 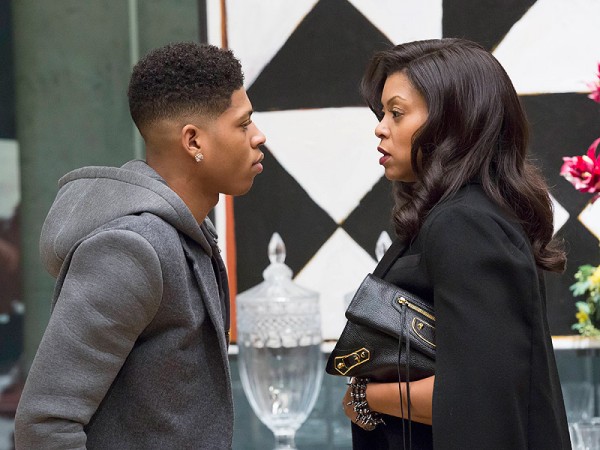 Michael confronts Jamal about what Cookie told him. Jamal said he would never get big and leave him behind. He assures him that he is his number. Um okay Jamal. We’d all like to say that. They decided to go Fire Island to get away from it all. Awww how sweet.

Then Lucius has an episode with his ALSO as he is watching Hakeem’s video. His security cameras then pop up on his TV and we see the detective investigating Bunkie’s death looking through his trash. He later meets with Vernon who asks Lu if he killed Bunkie. Daddy Lyon comes clean and tells him the truth. I was surprised that he did. Vernon looks at him with disgust but vows to handle it. 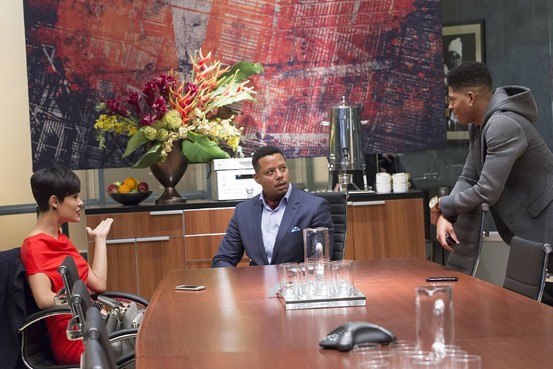 Vernon immediately leaves Lucius office and goes to Andre. He chokes him out, asking him if he knew that Lucius killed Bunkie. Andre tells him, “I cover for him even when I don’t know, I’m covering.” That is loyalty. Vernon leaves out and Andre then calls Rhonda and tells her that he was right about Bunkie. Oh this is getting deep.

And Vernon is defiantly taking care of things. He gets in touch with a top PI who finds a guy to… wait for it… take the blame for Lucius. I mean this guy is going to admit, for a hefty price, that he killed Bunkie. Talk about some pull. 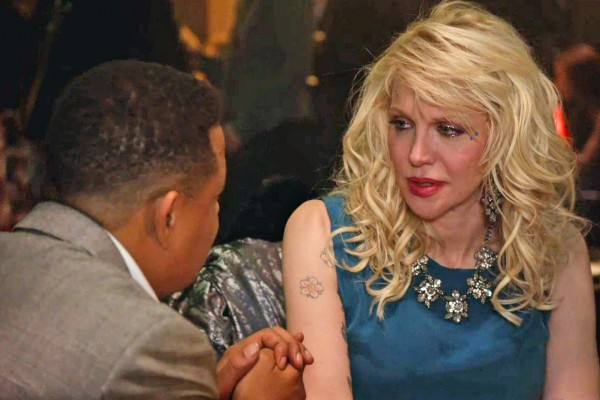 Cookie and Lucius meet so that he can introduce her to Elle Dallas (played perfectly by Courtney Love). Anika wants to drop her as Empire has to “trim the fat” in light of the upcoming IPO. But Lucius gives Elle a second chance by letting Cookie take over managing her. When she comes into the meeting, she pretty much tells Lu that she is the one who built Empire with her record sales and she will not be turned over to an ex con.

Love looks horrible by the way and not because that’s how her character is supposed to look. You can tell life has been hard, and casting is perfect for this role with her. But anyway, Cookie visits her after their initial meeting. Elle is at a sleazy hotel with another junkie. Cookie comes in, kicks the dude out and flushes Elle’s stuff down the drain. She then consoles Elle who breaks down in her arms.

Cookie is able to get her back into the studio but it doesn’t matter. Elle’s voice is terrible. They go head to head and Cookie, who must be the artist whisperer or something, gets Elle to strip down (coat, make up, etc.) in order to get to the heart of who she is.

Next, she meets with Jamal, Michael and Portia in a club and has the DJ play Jamal’s song. Everyone rushes the dance floor when it comes on. She then has a famous football player tweet to his five million followers how hot the song is. Hakeem then shows up drunk begging Jamal to help him. Jamal walks away telling him he needs to stop treating Cookie the way that he does. Hakeem doesn’t want to hear it. He goes back to the studio and makes a “mommy diss song” which is sure to “be a hit.” Anika and Lucius want to release it in advance of the album to create buzz.

Jamal’s song continues to take off and he as to cancel Fire Island because Cookie got a satellite radio interview set up. Michael doesn’t get it and is upset. Like for real do Michael, back the hell down and let Jamal make history. During the interview, Jamal is asked if there is a special lady in his life. He hesitates before he tells him no, “there is no one. I am in love with the music.”Whaaaaat? Damn! Jamal get ready for some tension when you get home because Michael was watching the whole thing online.

Lucius adds   to his security team. Malcom Devoe, played by the yummy Derek Luke gets the job and goes right to work. He and Cookie meet when she tries to enter the building after the new security measures are put in place. Let’s just say there’s some chemistry there.

Lucius concierge doctor gets an experimental Russian drug that to treat his ALS. Anika is by his side. Then he meets with a cop and Vernon at the jail to watch the “fall guy” take the rap for Bunkie’s death. Lucius thanks Vernon, V just walks away.

The episode ends with a bang though when a woman named Olivia shows up to Empire with a little girl, Lola. As the whole family is walking out, they all see her and immediately know who she is. She greets Jamal and says… this is your daughter, “she wanted to meet her daddy.” Well hot damn.

Can’t wait to see how cook is going to react to this.