Shopping online has normal, but with the pandemic, it has forced more people to do it for the holiday season. Here are tips for staying safe.
Read more
Gaming

Fishing simulations games have gotten very popular so it's no surprise to see that they have gotten into the gaming worlds online. Here are the top fishing sim games out there.
Read more
Movie News

Family during the holidays can be very stressful, but here are some great tips to set your boundaries without feeling guilty. 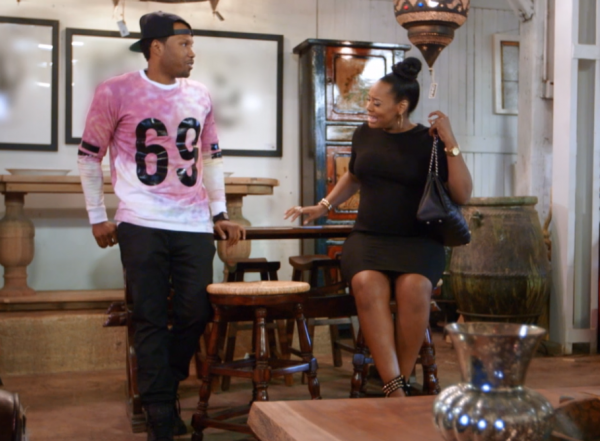 Things have heated up and we are in full swing of the fire on Love & Hip Hop New York. Picking up from last week, it’s like we didn’t even miss a step. I mean the drama is just seamless.

We open up with a very pregnant Yandy meeting with Mendeecees. He tells her what happened with his mom and she can’t believe Judy acted the way that she did throwing her drink on Sam and Kim. Yandy tells  him that he is just going to have to understand that there is about to be a new normal with Sam wanting to have more time with little Mendeecees and so once again, she puts herself in the middle of it, offering to talk to him to calm her down. She’s such a peace maker.

She meets with Kim to try to work it out. Kim tells her Sam wants little Mendeecees from Monday to Thursday. Yandy says no and Kim tells her they will settle it in court if they have to. Kim agrees meet with Judy.

Yandy then meets with Mendeecees mom to hear her side of the story. She tells her what happened and then tells Yandy that she is not being loyal to her she is more committed to Kim. “You are marrying into my family; you need to be loyal to me.” Yandy tells her that she wants her to be a part of the wedding but not if she is going to act this way. To that Judy walks away. And the plot thickens (Muahahaha).

After these two conversations, Yandy meets with the two moms. Judy didn’t know that Kim was coming and the first thing she says when she comes in is, “loyalty.” Judy justifies her throwing her drink because she was agitated. Judy and Kim agree to work it out. It looks like they are all on the same page and they hug it out.

Rich Dollas meets with Chink, Cisco and Mendeecees as the guys give each other updates about what is going on with their lives. Chink expresses that maybe he should try to reach a compromise with Chrissy because he loves her and wants his girl back. 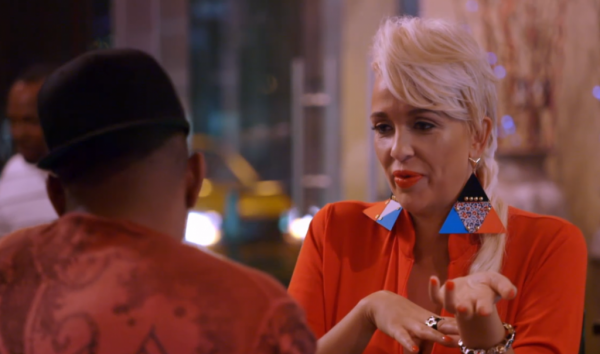 Chink then meets with Chrissy. They express to each other how they feel and Chink is actually showing a soft side here. He said he really loves her and is willing to give her what she wants. He tells her that they each write a “contract” (pretty much what each wants in the relationship) and if they agree then they sign it and work on it. Chink may be some kind of nigga, but he is a real nigga. I mean he is willing to have another baby (one day).

But then there’s Chink family. They don’t’ really don’t know Chrissy and doesn’t want to know her. His cousin tells him that no one is going to fuck with Chrissy. This is a hard one because his wife is very close to his family and Chink pretty much tells him that they “don’t have to love her but they will respect her.” Damn right Chink! 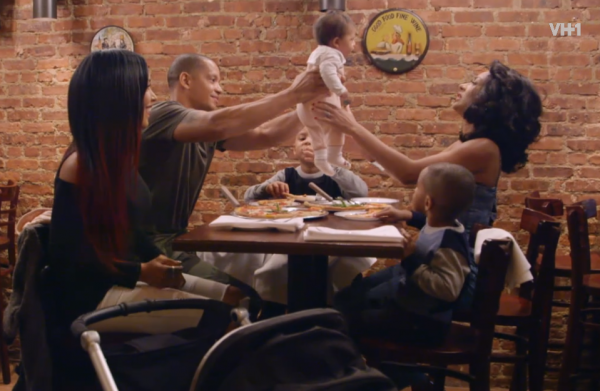 Then there is Amina. This poor girl is so trying to work with Peter Gunz. I wish she would just let it go. They set up a time to meet with the boys at a pizza spot so that they can meet their new little sister and guess who shows up AND stays- Tara. When she sees the, she looks almost dumbfounded. I mean the baby is beautiful with greens eyes. Then Tara does something that is really mature. She actually holds Kory. You can tell that she is really trying which is like the first time throughout this whole thing that I have seen her be an adult. Besides that, Tara doesn’t really say anything. I am proud of her (even though I still think she is delusional). She is making an effort.

After this meeting, Amina finally comes to the realization that Peter is not over Tara and that Tara doesn’t accept her. She then calls Erica, “the only person who lets me be me without judgment.” Erica gives her advice and says that Amina “is a good girl… but needs more of a backbone.”

We then see Cyn and Paris, one of Rich’s other artists, checking out a venue for Cyn to promote her suicide awareness cause. Cyn also uses this as a time to talk about what happened the last time they and Rich were all together where Paris confronted him. She tells her she has to sit down and talk to him and Paris said she’s right.

Then this week, we get another does of the uberly self-centered Erica Mena. She meets up with her friend Albee at Very Polished Salon in Brooklyn. She tells him that she decided that it was over with Cyn and that she needed that closure. She reveals that she and Bow Wow are a thing. Finally! I mean isn’t this like last year’s news? But I digress.

Cisco meets with Tasha, his baby momma, who is in NYC to talk with him. He tells her that he never saw a real future with Diamond and was just messing with her (LI-AR). This fool is just unbelievable. She then breaks down saying, “tell me what to do, let me go… what am I supposed to do without you.” Oh girl pull it together. This nigga knows he has a “creep” issue and says if they are going to move forward, it is going to be on his terms. If there ever were a double standard having egoistical maniac, it’s him. I don’t know who’s worse, Cisco or Peter fucking Gunz. I can’t even deal with this fool.

We end with Rich in the studio with Jhonni. He brings in his boy Star to “take her sexy ass from big to bigger… no one can deny that shorty is actually talented.” So while he is meeting with her, guess who comes to the studio- Paris. She feels that Rich is not giving her the attention she needs as an artist so somehow some way, she tracks him down in the studio with Jhonni. Jhonni is of course, not having it. She tells her to please take it outside but Paris ignores her and continues drilling Rich. Now for the record, Paris is dead ass wrong and deserved to get her butt whooped and that’s exactly what happened. She immediately turned her anger from Rich to Jhonni (who has not a damn thing to do with this) and Jhonni punches the girl in her head. They are pulled off of each other by the show’s crew. Rich is also to blame here. If he is not going to give her the attention she needs as an artist, then he needs to let her move on.

This LHHNY is marching full steam ahead right into the finale which is only a few episodes away.

Supernatural ended its 15 season run with Carry On, a very emotional episode that truly affected FangasmSPN in a two-part review that bids adieu to the SPNFamily's longtime friend.
Read more
TV News

Did Supernatural 15.19 Inherit the Earth give fans hope for a happy series finale? FangasmSPN breaks it down for SPNFamily.
Read more
TV News

Supernatural times a controversial episode Destiny 15,18 right after the 2020 Election causing plenty of emotion for FangasmSPN and SPNFamily.
Read more

Shopping online has normal, but with the pandemic, it has forced more people to do it for the holiday season. Here are tips for staying safe.
Read more