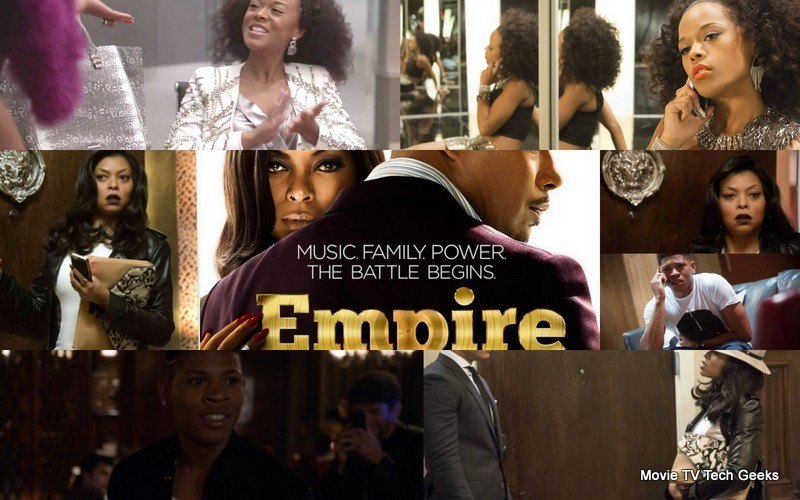 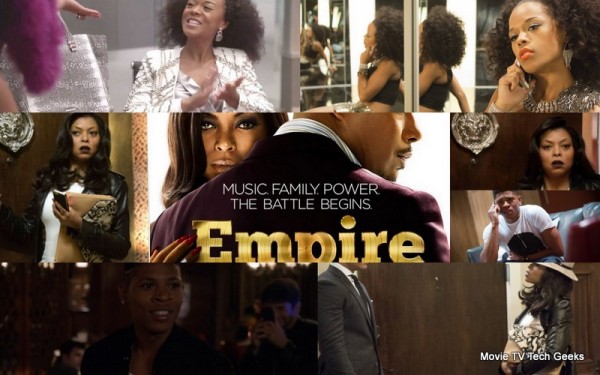 Apparently when Empire creator Lee Daniels said he was shedding some light on hidden issues in the black community, he proposed to do so through a series of gay and lesbian sex scenes every episode. Seems Mr. Daniels is taking notes from Shonda Rhimes (How to Get Away With Murder) in keeping it real with what’s going down and up in this world. I’m just waiting for him to throw out a ‘Bye, Felicia” to those disapproving homophobic ones. 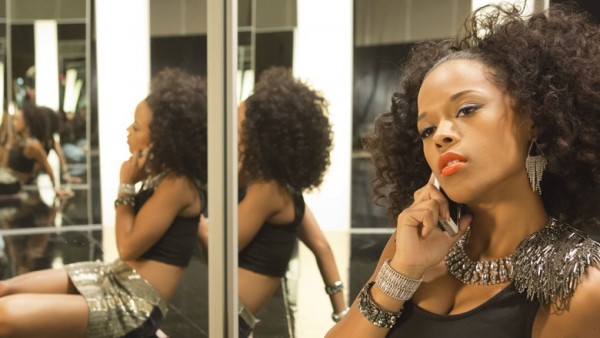 This week it is revealed in the teaser that Tiana, who walked in on Hakeem last week in a bubble bath with his love lady, is in fact a lesbian. No wonder this chick is still hanging on the bratty little asshole’s arm. She has a hot blond waiting for her at home.

Lucious proposes to Anika with crooner Anthony Hamilton singing at the piano. He presents her with an 18 carat diamond ring (the same one Richard Burton gave Elizabeth Taylor… the first time). All of this, it seems is a set up to get her dad to help him. We find out this week too that Anika’s father is white. Hmmm, I didn’t see that coming. Her mom is a brown skinned bougie black woman who you can tell believes “all black men ain’t shit.” Lucious uses his power of persuasion to convince her doctor father to serve as the doctor to certify that he is in good health in order for the IPO to take place. He promises that Anika will become a billionaire if he dies. Aye you Lu, did you forget that you have three kids and a crazy baby momma that helped fund your business? There seems to be no end to his lies and the measures he takes to get what he wants… Hmph… just like a man. 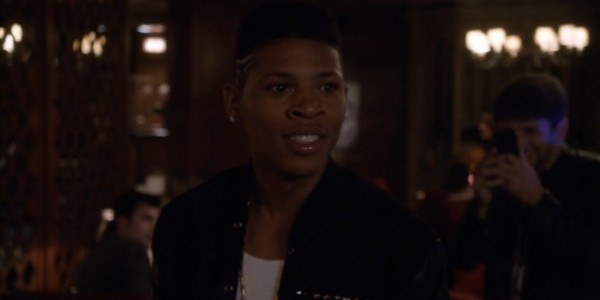 Meanwhile Hakeem shows his dad his new song “Drip Drop” which he wants to do a million dollar video for. Lucious tasks his oldest, Andre, to find the money for it and when he says that it is going to cost too much, Lucious (being the loving father that he is) tells him “if you can’t find the money for this then I don’t know what you are good for.” Damn, daddy, that’s cold. 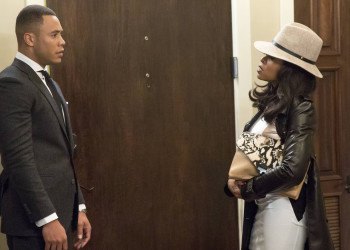 This week too, we finally find out who Cookie is testifying against. Back in the day, she saw a fed get killed by some gangsters and the agent assigned to her promises safety if she rats on them. She testifies in front of a grand jury and then tells the agent that she is now “Dead woman walking.” Yea that sounds about right. 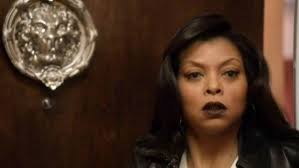 She then travels to Philly to visit her sister, played by Tasha Smith, to tell her about a rose that was left on her doorstep, believing it was the man she ratted out. Cookie tells her to watch out because he knows that she used to run with her too. She offers her cousin $5000 to get rid of this problem for her.

Andre then goes to his wife, Rhonda, who happens to have access Tiana’s girlfriend India, I guess she is a model or something. She leads Andre to a part of the studio where Tiana and her boo (not Hakeem) are cuddling and kissing on a chase behind a clothes rack. Um okay, because they would not hear nor see you recording them. They then, to further their scheme to tear apart Empire just so Andre can put it back together, uploaded the video to media outlets and social media in an attempt to bring negative light to what Hakeem is doing. Clever, clever Andre. I mean, you can just feel the love this family has for each other. SMH.

Then Hakeem’s whack ass says that his album is going to put Drake, J. Cole and Kendrick Lamar on notice. Sure Keem. Cause you can really rap. The thing that irritates me about Empire (well one of the things) is that it makes the characters so connected to famous people I guess in an attempt to make it as real as possible. But it feels just comes off as inauthentic. 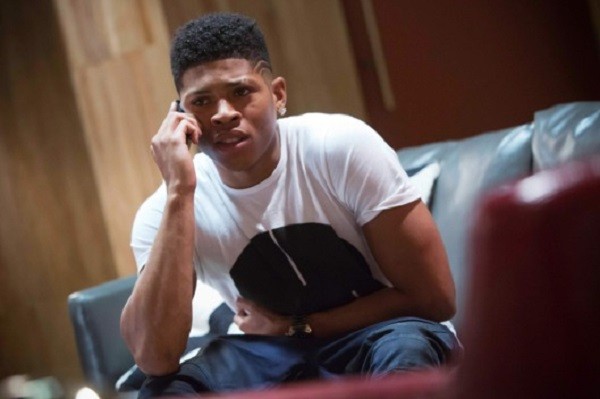 Hakeem finds out through crew members looking on their phones, about Tiana and India. He confronts her and tells her “whatever you do reflects off me.” Um weren’t you just lip locking in a tube with an older woman? When the hypocrisy stop? 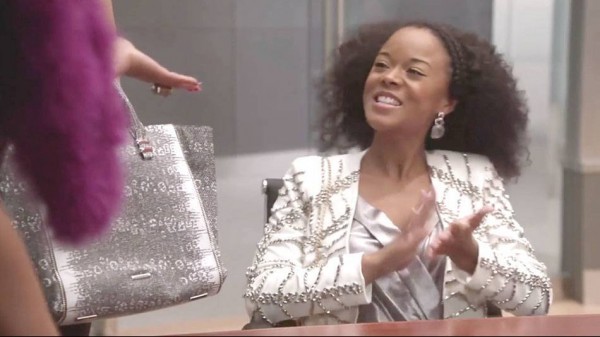 He wants to quit the video shoot refusing to work with her. Lucious tells him to do the math, “if your girlfriend has a girlfriend what does that mean… two girlfriends.” He tells him to let that fact get to him and handle the situation like a Lyon. Hakeem meets India and he and Tiana go on to finish the video. This gives a peek into the kind of world these famous people are a part of and create. Most of the stuff is just for show nothing is real, just for looks. What kind of life is that?

Andre has a stupid ass idea to drop the idea in Hakeem’s “goons” to rob Jamal who is in a studio session recording his next song. They hear Dre talk about a $20,000 watch and some shoes and these niggas actually go to the studio to rob them. They especially refer to a watch which Jamal does not have, putting in his mind that Hakeem sent them. After one of them shoots a guy in the arm, the engineer of the studio comes in with a shot gun and runs them all out. As much of a bogus plotline this was, it did what Andre wanted to do. Jamal suspects Hakeem and thus their feud deepens.

The guys recording Jamal dip after the botched robbing and Cookie convinces the engineer to find a whole new crew to finish the song. They come in and get right to business. Cookie finally gets there and shows how proud she is of Jamal. They enjoy a moment of excitement over the song. This is probably the most real relationship and interaction on the show. Each week, Taraji P. Henson becomes more and more believable as Cookie and Jamal is the best of the “no name” actors.

Jamal surprises Hakeem and confronts him about what happened at the studio. Hakeem denies knowing about what happened. They get into a fight and Jamal punches him in the stomach. Hakeem then calls Andre asking for more money to drop the video before Jamal drops his song. Of course he obliges. 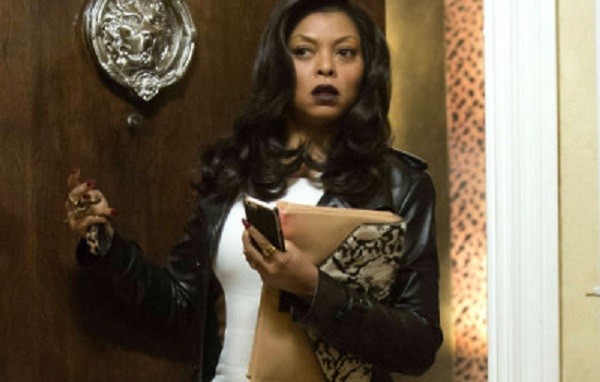 At the end of the episode, Luscious pays Cookie a visit to thank her for getting Tiana back in the game with Hakeem. We find out that Lucious is the one who left the rose on Cookie’s doorstep in honor of their anniversary. They reminisce for second then she realizes that she has made a terrible mistake, quickly calling her sister to call of the hit. But it is too late as her cousin has already done to the due.

It is getting crazy and dangerous. The climate in a few weeks is sure to be explosive.