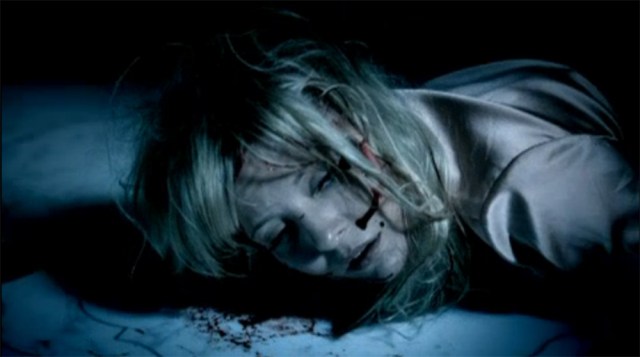 We are back with Empire, and it’s not half bad. In fact, it almost recaptures what made people love it in the first place. It looks like that four-month-long break was what it needed to get some of its groove back.

Hakeem claims that he didn’t know he was going to make the decision to out his father until right before he voted. Cookie demands that he take his vote back, but he refuses. She says it over and over as she beats the hell out of him with a broom, a purse and pretty much anything she can get her hands on to hit him.

At Empire, Lucious is broken and refuses to leave. Even in the face of being arrested for “trespassing.” Thirsty tells him “I’m down” (he pulls out two guns and places them on the table) and lets him know that what Camilla and Mimi did is unlawful. While Andre tries to convince them to leave before the cops arrive, his wife Rhonda lies at the bottom of their stairs at home crying for help. As she realizes what has happened, she pleads with God, “please save my baby.” She can’t move so she throws her front at the front door causing the alarm go off.

Back at Empire, the cops burst into Lucious’ office, and he still refuses to leave. Camilla follows in after them demanding that he leaves her office. Just when he’s about to light into her ass, Becky runs and tells him, “Rhonda’s in the hospital. She might not make it.”

The Lyon’s go to the hospital, including Hakeem whom Cookie tells to get the hell out. Andre rushes to be by his wife’s side. When he arrives, the family breaks the bad news to him- the baby didn’t make it. Dre does not take it well, and Lucious holds him on the floor as he sobs. He finally calms down and goes into see Rhonda. She apologizes for what happened, blaming herself. She then says to her husband, “God doesn’t exist; there really is no God Andre” because he didn’t answer her prayers. It’s a heartbreaking moment and one that a lot of people can relate to I’m sure.

After the family leaves the hospital, Cookie looks for her ex-husband and finds him at home in the bed with a blank stare on his face. She holds him, and they fall asleep together. The next morning, the two devise a plan to take Camilla out and get back Empire. Cookie asks for two days to take care of he from the inside and Lucious tells her she has 48 hours before he handles the situation his way.

Camilla tells Hakeem if he gets rid of his “Mexican girlfriend” she will make him CEO of Empire. Cookie walks in on them and holds her calm as Camilla bucks up against her. She asks her son “Your really gonna chose her over me” and this pussy says, “At lease she doesn’t beat me with a purse.” Really Hakeem? 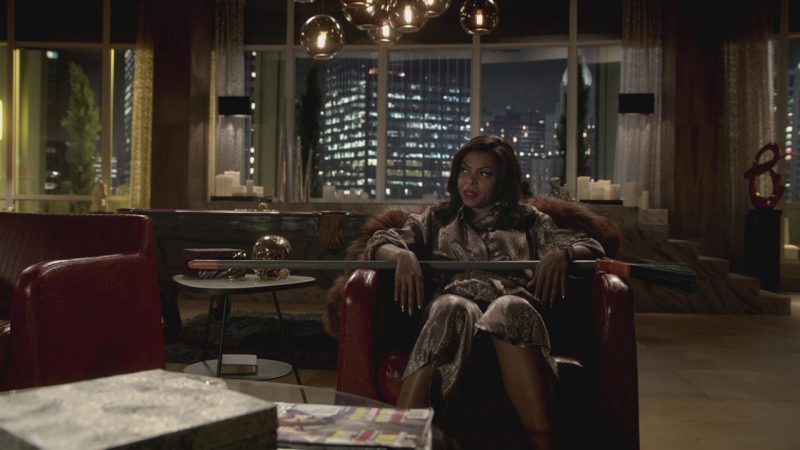 Thirsty gathers his troops as they plot to “visit” all of the board members up for the CEO position. “We are at war,” Lucious tells them, and he lets his new crew know he will handle Hakeem. 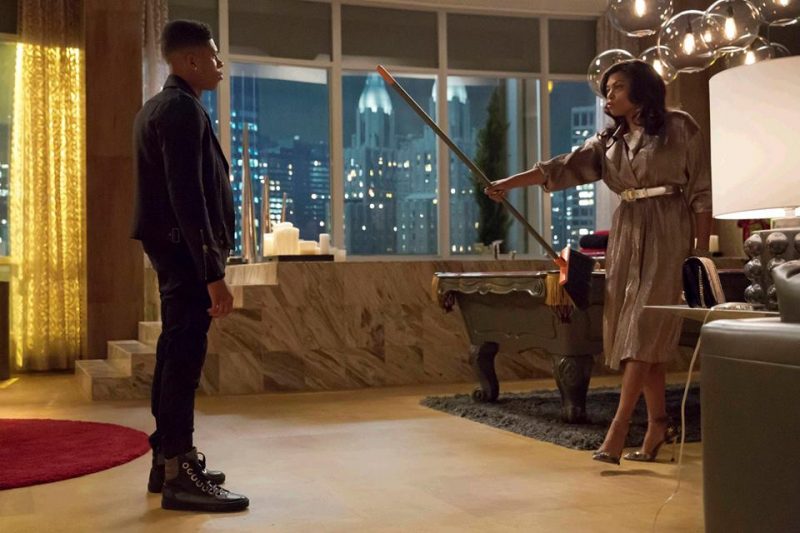 Now, when Thirsty’s boys handle the board members, they do not hold back. From blowing up cars, skinning and hanging cats to beating them to a bloody pulp, it looks like it may be just a matter of time before they see things Lucious’ way. 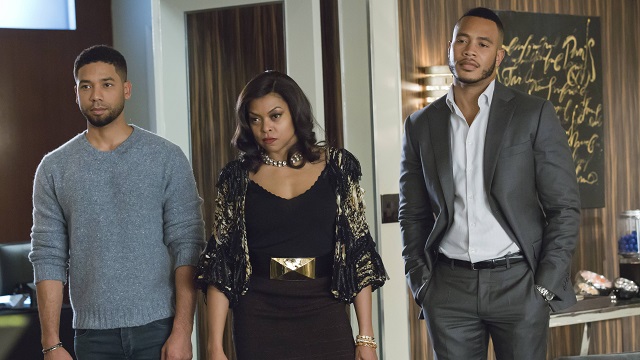 While all of this is going on, there is Anika and this bitch is full on psycho. She shows up at Rhonda’s hospital room with flowers asking her “What happened?” Rhonda shares with her that she feels like she let Andre down because there will be no heir. But Anika looks at her in the eyes and say, “There will be another heir, I’m sure of it.” Damn, damn, damn.

Hearing Camilla’s words in his head, Hakeem burst into Laura’s practice in a rage. He picks a fight with her, and she leaves out after they exchange insults.

Jamal is guilted into leaving Sky alone by Jamison. He reminds the young Lyon how much the media will take his story and blow it up. He also reminds him of the ten countries in which it is illegal to be gay. Jamal then has a conversation with his mother about the situation, and while she accepts his answer on the fluidity of his sexuality, she tells him to “get his gay back” so he can win that ACA. Later, when he performs at an ACA event, he sings a new song called “Freedom” in which he dances with men, women and pretty much tells Jamison (who is front and center) that he does who and what he wants. Well alright, Jamal. 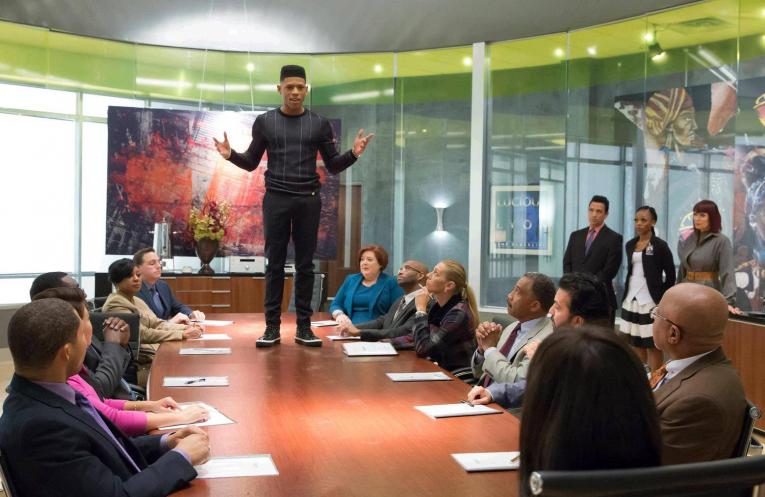 At Empire, all the candidates who were up for CEO withdraw their nomination, so you know what that means- Hakeem takes the thrown. And he does so with a big speech, walking on the tables and everything.

Cookie shares with Andre and Jamal her plan to get Camilla out of Empire. They say it’s risky, but she is sure that she can do it. So she and her boys pay a visit to her youngest son and “Yoko” in his office. Hakeem threatens to halt the release of Jamal’s Black and White album, but they remind him that the album is a joint venture so he can’t touch it. Cookie demands autonomy, and they ink a deal for Dynasty to operate fully and independently under Empire, to Camilla’s consternation. 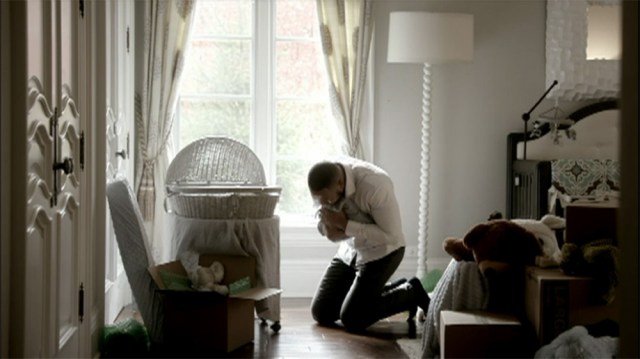 Rhonda is back at home, and she walks with a cane. As she tries to make her way upstairs, she stops halfway stumbling. As she sits on the stairs frustrated, she has flashbacks of her fall. Could she be remembering what really happened? Meanwhile, Andre breaks down in the baby’s room as he packs it up.

In the end, Hakeem comes to his senses and apologizes to Laura. She, of course, takes him back, and they get it on. Later that night, Hakeem meets his father at the same place Lucious killed Bucky. He gives Hakeem a gun and tells him if he doesn’t kill him now he better because “I will stop at nothing to get it back. Keem doesn’t do it and lets him know, “I ain’t gotta do what you want.”

Empire returns strongly, and I am anxious to see where this all goes.