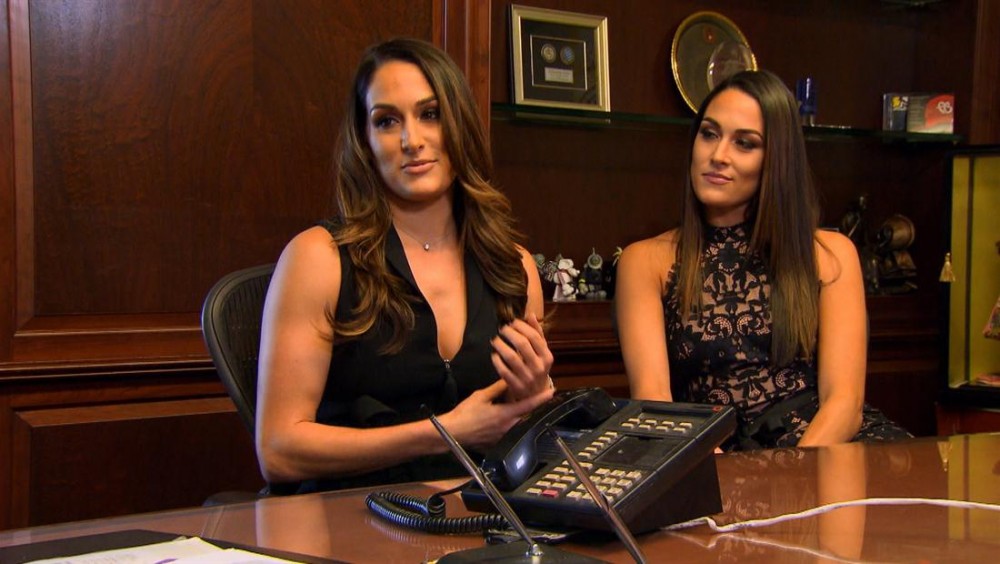 On this week’s episode of “Total Divas,” backstage at an event Alicia said her mother wanted to come visit, but she didn’t want her to because she would never leave. Brie, Daniel Bryan and Nikki went out to breakfast, and Daniel asked what the twins had coming up at work. Brie talked about the bra and panty line that she and Nikki were trying to launch. 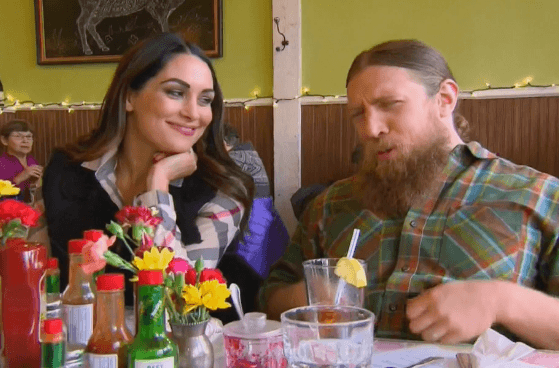 At the performance center, Mandy trained with Nattie. She said she was excited to be training Mandy, and she was excited but nervous about her upcoming family vacation that she invited Mandy to. Brie and Nikki appeared on the Today show to co-host the last hour of it. Nikki set up a business planning meeting for her and Brie while they were in NY.

Mandy and Nattie and their families arrived for vacation. Mandy took a family picture with her parents, who were recently separated. She said she was upset they had gone their separate ways. Mandy talked to her brother about getting their parents back together, but he told her it was a bad idea.

Nattie’s parents kept asking her who Mandy was, and she told them Mandy is a girl she works with and begged them to be nice to her. Nattie also said that she was worried about how her dad would act while on vacation.

Brie and Nikki met with a clothing line owner and set up a meeting with the founder and president of FUBU. Nikki said she really wanted to work with him and that a meeting was being set up with him.

Mandy said she was hoping this vacation would help her parents focus on themselves and on getting back together. Nattie said that the two families were doing dragon boat racing on their vacation. Nattie’s dad was concerned the canoe they rented might not hold his weight. She said she was irritated with her dad, and he was acting like a buffoon. 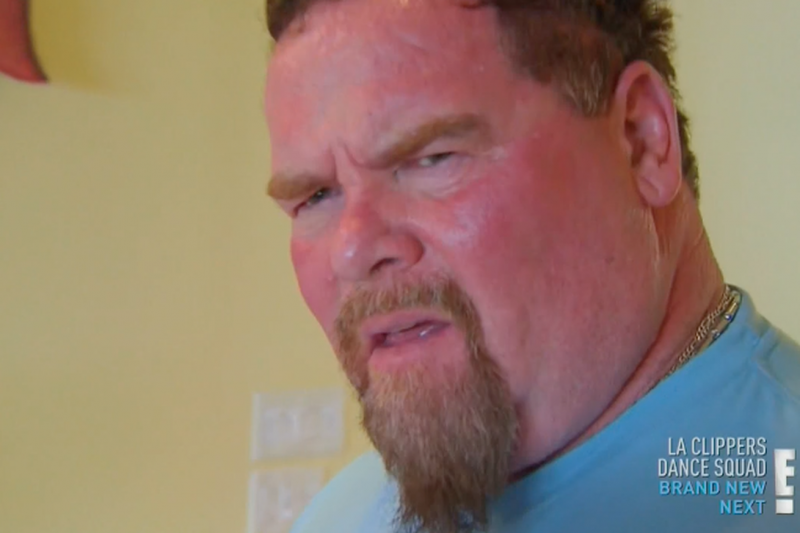 Brie and Nikki went to a NYC fabric store to meet with the owner about creating their underwear.  Nikki said she was waiting for Brie to give up on them making their own underwear to sell, but Brie showed no signs of giving up.

The boating instructor loaded the two families on two canoes and took them out on the water. Mandy said Nattie’s family seemed like they were having trouble steering their canoe. The two families raced from one side of the lake to the other and Mandy’s family won the race.

Both the families then went to a dock to board a yacht. They went fishing on the yacht because that is what Nattie’s dad wanted to do. Nattie said she was glad Mandy’s family wasn’t on the boat with them because her dad was acting unreasonable.

Nattie’s mom got a massage from a male masseuse, and her dad was upset because he thought the masseuse was touching her sexually when all he was doing was massaging her lower back.

Nikki said when Brie believes in something she won’t consider anything else. Brie said she wanted to do the work on their clothing line, but Nikki wanted to hire professionals to do it. Nikki said she was a better business woman than Brie.

Brie and Nikki had a business meeting with a jewelry designer that the twins are ambassadors for. Nikki wanted to pick her brain on how she got started in the business world. She said she wanted to show Brie that they need other people to help them with their lingerie brand.

Mandy talked to her brothers and told them her mom said she still loved their dad. Her brothers tried to tell her they were not going to get back together.

Brie said she had talked to their mom, and she made her realize her idea of doing the work themselves was unrealistic. She said it was hard for her to admit that Nikki was right, and she was wrong.

Mandy talked to her parents about their relationship, and her dad told her they are better off apart than together. Mandy started to cry, and her dad told her that he and her mom had to have a happy life beyond just having their kids. He said they are not compatible anymore, and Mandy was going to have to understand that. Mandy’s mom said she felt bad and that they both had a great time on vacation. Mandy’s brother said he was just thankful their parents were with them. Mandy said that it was nice that the family was getting along on vacation.

That night at dinner, Mandy thanked Nattie and her family in a toast. Mandy said that it was awesome they had been able to spend time together. Nattie said it was nice that Mandy is so real because it made Nattie les embarrassed about her family’s behavior.

Brie and Nikki went to the Empire State Building for s business meeting with an entrepreneur. Nikki pitched the line of lingerie she and Brie wanted to start. The entrepreneur said that he didn’t think he would be interested in working with them. He said every celebrity wants a clothing line for vain reasons but that he was pleasantly surprised at Brie and Nikki’s business model because they said that every time someone purchases a pack of underwear from their line a pair is donated to a woman in need.

Nikki and Brie went out for lunch after their business meeting and Brie said she hadn’t seen Nikki smile as much as she was now. The sisters toasted each other and Nikki said Brie was stuck with her forever.