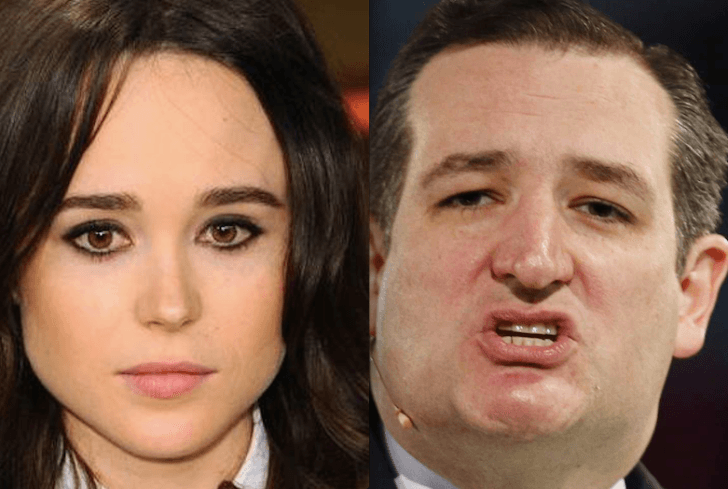 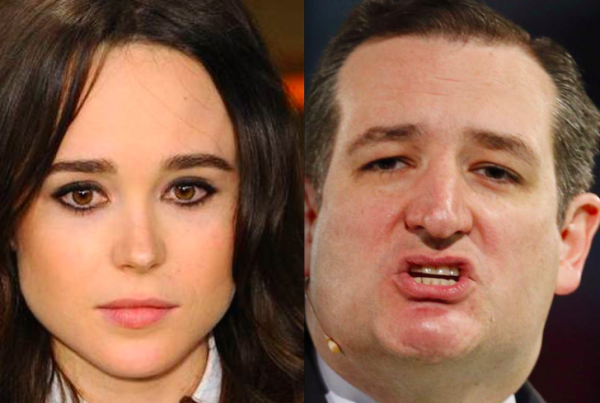 Juno star Ellen Page has made some headlines as her confrontation with Republican presidential candidate Ted Cruz went viral. You can check out the entire unedited clip just below.

The State Senator was at the Iowa State Fair on Friday when the 28-year-old actress, who came out as gay in February 2014, decided to question him about some of his bold stances against the LGBT community.

Previously Cruz has talking about persecuting gays in the workplace, as well as limiting the rights of the LGBT community. He has been strongly opposed to gay marriage and is a big supporter of the controversial religious freedom bill.

ABC News released the video where Ellen is heard asking Senator Cruz, “What about the question about LGBT people being fired for being gay-trans?” In which he answers. “Well, what we’re seeing right now, we’re seeing Bible-believing Christians being persecuted for…”

Page then interrupts, finishing his sentence with, ”discriminating against LGBT people.”

Ted responds, “No, for living according to their faith.”

After Page then asks, “Well, would you use that argument in segregation?”

Senator Cruz tries to avoid the argument with Page replying, “Now I’m happy to answer your question, but not to have a back-and-forth debate.”

According to onlookers at the fair, Page and the Senator went back and forth for over 5 minutes. In addition, Senator Cruz was apparently unaware that the person asking him the questions was well-known actress Ellen Page.

The Hollywood Reporter has claimed that the exchange will appear on an upcoming show Page is hosting for Vice Media called Gaycation with Ellen Page.

One Direction surprised fans, as they dropped their music video for “Drag Me Down” early Friday. This marks the bands first music video since Zayn Malik quit. You can check out the video just below.

The video is shot at NASA’s Johnston Space Center in Houston where the boys were filmed in a full-scale replica of the Orion spacecraft. Niall, Louis, Harry and Liam all don orange spacesuits that match the ones seen on real astronauts during launches and landings.

Each of the band members gets their own personalized segment in the video. Niall, 21, is seen strapped into the Partial Gravity Simulator, Liam, 21, is shown working inside a replica of the International Space Station laboratory, Harry, 21, interacts with a human-like robot and Louis, 23, steers the Space Exploration Vehicle rover.

Since dropping the video, “Directioners” have been flooding social media with praise for the boy band’s latest work. Some of the tweets include: