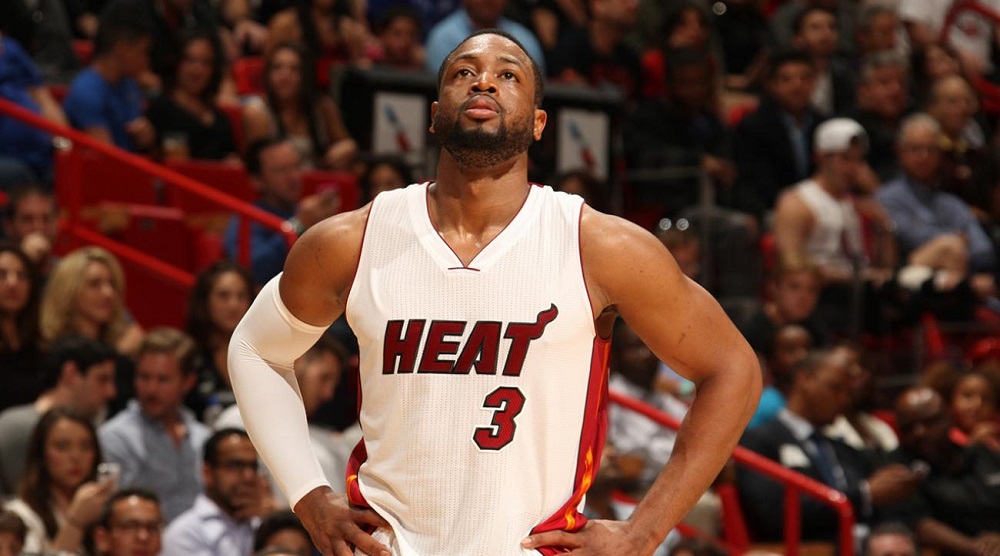 Since the day he announced his intentions to leave the Oklahoma City Thunder and sign with the Golden State Warriors, Kevin Durant has received nothing but criticism from the majority of fans and players. Dwyane Wade and LeBron James, on the other hand, have been supportive of the former NBA MVP’s decision (at least publicly).

I guess that isn’t shocking. It would be hypocritical of Wade and James to be upset with Durant after they did the same thing back in 2010—join forces and create an NBA Super Team.

Wade, however, brings his support a step further, saying that superstars joining forces and founding Super Teams is great for the players and the league in general.

“I think certain moments—it’s great,” said Wade, who signed with the Chicago Bulls this offseason after spending his whole career with the Miami Heat. “At the end of the day, whether you dislike the Heat or you loved the Heat, you was tuning in to watch the Heat, right? Same thing with Golden State. Whether you dislike what happened with Kevin Durant or whatever the case may be, you’re going to tune in to watch, whether you want him to succeed or fail.”

Wade does make a good point. People already hated the Warriors before KD’s decision, but Stephen Curry, Klay Thompson, Draymond Green, and company have had no issue selling tickets and jerseys and drawing viewers.

“Our game is growing. Eyes are on our game. And at the end of the day, me as a player, I just love the fact that players have the ability to control their own destiny.”

NBA legend Jerry West said basically the same thing. Free agency wasn’t a thing back in his day, but through collective bargaining, players have taken control of their careers.

“It’s sour grapes,” said West of the anger over Durant’s move. “We signed Shaquille O’Neal, and it wasn’t as big an uproar as this…It’s not fair to Kevin…The players bargained for this. They have a chance to go play where they want to. I only wish I had that opportunity in my career, and I’m sure a lot of other people felt the same way.”

“That’s what we fight for when it comes to lockouts and all these things,” said Wade. “We want to be able to do the things we want to be able to do because they can trade us at any moment, they can get rid of us at any moment. So to have the power to be able to do what we did in 2010—that felt great. That was a great moment for us. Three young African-American kids got an opportunity to control their own destiny and call their own shots. That’s what we wanted. So our game is not taking a hit; our game has only grown.”

So you can still hate Durant. As long as you watch games, everyone wins—well, everyone but your favorite team who has no real chance at winning for the next few years.