Ben Affleck wanted to prove that he could still be an action star outside of the Batman suit, and the “Accountant” helped him prove that as the film took the number one spot at the weekend box office.

His new thriller “The Accountant” opened to a chart-topping $24.7 million this weekend, according to studio estimates Sunday. Gavin O’Connor directed the R-rated thriller, starring Affleck as an autistic mathematician. The film didn’t play especially well with critics, but audiences, who were 58 percent male and 68 percent over the age of 35, gave it a promising “A” CinemaScore.

It’s the continuation of what proves to be a long and fruitful partnership between Affleck and Warner Bros. Although “The Accountant,” which cost a reported $40 million to produce, didn’t quite hit the heights of “Gone Girl’s” $37.5 million opening, it is in the range of some of his other R-rated fall openings with the studio. “Argo,” for instance, launched to $19.5 million in 2012, and “The Town,” took in $23.8 million in 2010.

“The Accountant” also far surpassed Warner Bros.’ early predictions for the film, which had it in the $15 to $20 million range.

“We’re in the Ben Affleck business, and we’re proud of it. We’ve had a lot of movies with him, and we have a lot of movies coming up with him,” said Jeff Goldstein, Warner Bros. president of domestic distribution. “Audiences just love him.”

Affleck’s mob drama “Live By Night,” which he wrote, directed and stars in, opens on Christmas. He also has the DC Comics films with the studio.

The weekend’s other new star-driven project, “Kevin Hart: What Now?” narrowly took second place over last week’s champ “The Girl on the Train.” The Kevin Hart concert film, which Universal Pictures distributed, took in $11.98 million. The comedian’s 2013 concert film “Kevin Hart: Let Me Explain” opened to a similar $10 million in 2013.

“We love Kevin Hart, and we love our association with him. This is our fourth collaboration with him this year alone,” said Nick Carpou, Universal’s president of domestic distribution. “He is tireless in the way that he promotes his projects and the way that he’s always working. It’s really a pleasure to be part of it.”

In third place, “The Girl on the Train” netted $11.975 million for Universal, bringing its domestic total to $46.6 million. With such a minuscule difference, the Universal films could easily switch places when final numbers come in on Monday.

Holdovers “Miss Peregrine’s Home For Peculiar Children” and “Deepwater Horizon” rounded out the top five with $8.9 million and $6.4 million, respectively.

The weekend’s other new opener, the Mattel-inspired “Max Steel,” bombed with only $2.2 million. Open Road distributed the film starring Ben Winchell, which currently has a zero percent on Rotten Tomatoes.

Overall, the year is still up 3.5 percent, but the fall season is down from last year, according to box-office tracker comScore.

“In the wake of the summer season, the fall always seems a little slow. This year is sort of typical in that way. We haven’t had an October breakout hit like we had with ‘Gravity’ and ‘The Martian,'” said Paul Dergarabedian, comScore’s senior media analyst. So far, the fall’s top-grossing film is “Sully,” which has grossed $118.4 million to date.

“I’m thinking we’re going to have a renaissance at the box office in a week or two and things could turn around,” he added, noting big upcoming films like “Jack Reacher: Never Go Back,” ”Doctor Strange,” and “Fantastic Beasts and Where to Find Them.”

Internationally, “Inferno,” starring Tom Hanks, opened in 53 territories to $50 million in advance of its North American release on Oct. 28. 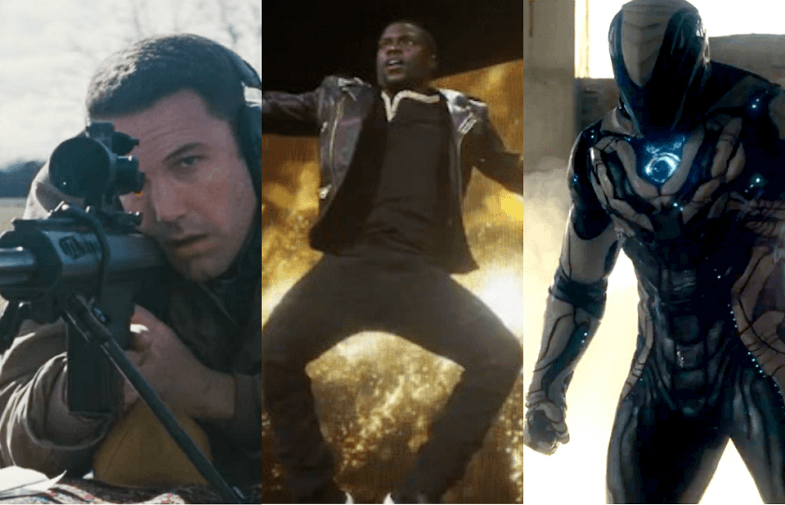