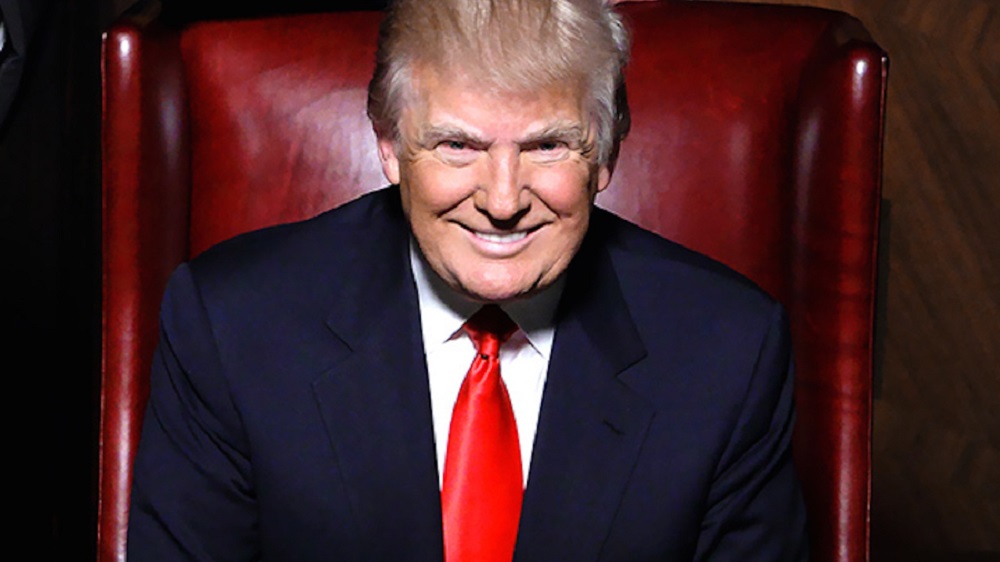 It’s little doubt that Mark Burnett’s “Apprentice” helped put a flagging Donald Trump back on the pop culture radar while also turning him into a celebrity reality show style.

In today’s world, we know that reality shows are usually the furthest thing from that, but with the “Apprentice,” Burnett’s brainchild helped create a whole new reality for Trump; one that has carried him to being the Republican nominee for President. On the show, he appeared to be a man in charge, decisive and one that new how to get results, but the truth appears to be quite a different story.

The skyline shimmers, the music pulses, and Donald Trump’s helicopter swoops in for a landing.

Oozing authority, the billionaire strides purposefully – in slow-motion, for added impact – toward some important matter of business in “New York, my city,” as Trump calls it.

Week by week, year by year, 14 seasons of “The Apprentice” or “Celebrity Apprentice” served as a grand homage to all things Trump, running from 2004 to 2015.

Donald Trump, the actor, made Donald Trump the businessman seem pretty fabulous. Americans never saw what was taking place behind the scenes.

The show offered Trump the ultimate opportunity for product placement: Contestants fawned over Trump’s gilded-to-excess Fifth Avenue apartment, his casinos, golf courses, even his girlfriend and later wife Melania. They promoted his modeling company, his water bottles and other Trump-branded businesses, as the man himself spun out bits of business advice known as “Donaldisms” and bemoaned the daunting task of telling eager young dreamers, “You’re fired.”

This picture of Trump as smart, decisive, blunt, benevolent, rich – really rich – and never wrong turned out to be the ideal launching pad for his improbable presidential campaign.

That it didn’t always jibe with reality didn’t seem to matter to the millions of Americans who turned “The Apprentice” into a national phenomenon. Or to NBC, which reveled in the show’s sky-high ratings early on, and kept tinkering with the formula in an effort to revive them in later years.

It turns out that the unseen side of “The Apprentice” was darker : Show insiders have told media outlets that in his years as a reality TV boss, Trump repeatedly demeaned women with sexist language, rating female contestants by the size of their breasts and talking about which ones he’d like to have sex with.

And one former contestant, Summer Zervos, said Friday that Trump made unwanted sexual advances toward her in 2007 when she met with him at a Beverly Hills hotel to talk about a potential job. Zervos, who had competed on the show in 2006, said Trump became sexually aggressive during their meeting at the hotel, kissing her open-mouthed and touching her breasts.

Speculation about what kind of Trump conduct might be lurking in video out-takes from the show has swirled in recent days, since the release of “Access Hollywood” footage showing Trump joking about grabbing women by the genitals and kissing them without asking. But the owners of the “Apprentice” production company say they cannot legally release footage from the show.

And for all of the snickering about the silliness of reality TV, pop culture expert Robert Thompson says, the show was “very, very important to shaping, framing and establishing the person of Donald Trump who would then go on to become the GOP nominee.”

“If ‘The Apprentice’ had never happened, I don’t think Donald Trump would be where he is right now politically,” says Thompson. 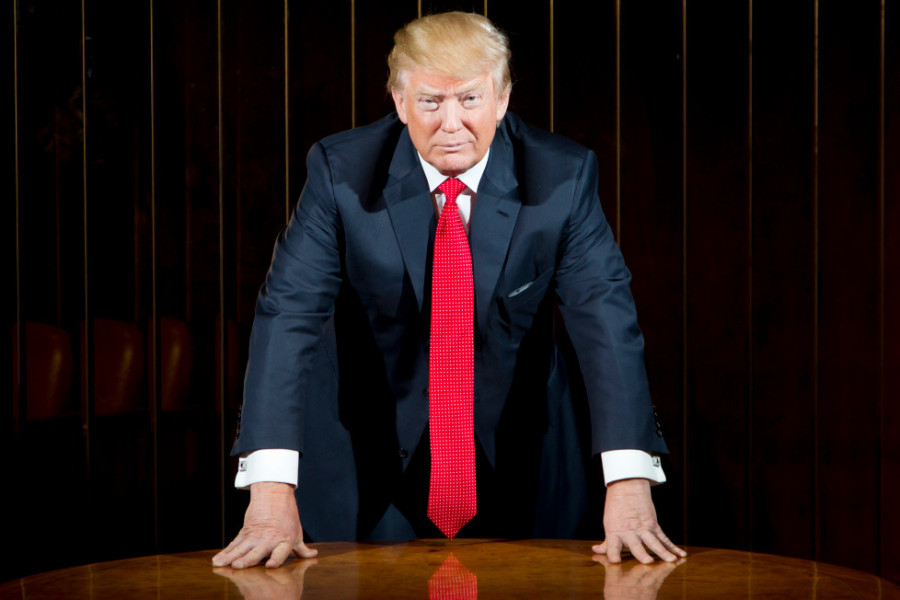 Trump already had an outsized reputation when he launched “The Apprentice” in January 2004. By that point, the businessman with a knack for self-promotion had already soared high, fallen from grace, become something of a punchline and was back on the rebound, more focused on licensing his name than building things. He’d eagerly done any number of cameos in movies and TV shows to promote himself as a titan of business.

“My name’s, Donald Trump and I’m the largest real estate developer in New York,” Trump declared as he launched Season 1, Episode 1 of “The Apprentice” with trademark immodesty. “I’ve mastered the art of the deal and I’ve turned the name Trump into the highest quality brand. As the master, I want to pass along my knowledge to somebody else.”

That was a fact-check-worthy way to start things off, and Trump’s hometown newspaper, The New York Times, obliged by pointing out that while the audacious star of “The Apprentice” might have had the highest profile among the city’s developers, plenty of others were doing more and bigger deals.

Trump had been approached with reality TV proposals before, but nothing clicked until “Survivor” producer Mark Burnett came to him with the idea of a show set in the “urban jungle” of New York.

The original idea was to have a different business executive serve as host every season, with Trump the first, says Jeff Gaspin, head of program strategy at NBC Entertainment in 2001-2002 and later chairman of NBC Entertainment.

“His role was originally fairly small – introduce the challenge then appear in a brief boardroom scene,” Gaspin said in an interview. “Donald turned out to be a natural and really loved being on camera. The boardroom scenes were expanded to almost one-third of the show.”

People gravitated to Trump’s persona as a tough, decisive and irreverent boss who offered “at least the illusion of a pathway to success,” says Yale’s Jeffrey Sonnenfeld, an associate dean who wrote public critiques of the show for newspapers. He got to know Trump after the businessman called to complain about the academic’s harsh reviews of Trump’s on-air business practices.

To many Americans, says Sonnenfeld, Trump represented the “embodiment of the American dream,” harking back to the “Daddy Warbucks” imagery of decades past.

It made for good TV – never mind the reality that Trump got ahead with inherited money, that his casinos were headed for more bankruptcies, that his deals often weren’t as lucrative as he’d suggested or that his projects left behind a trail of contractors saddled with unpaid bills. Beyond of all of that, there are the new revelations about Trump’s vulgar comments about women contestants and crew members, and Zervos’ allegations that Trump made sexual advances toward her.

Trump himself initially seemed almost gob-smacked by how quickly the show took off.

“I go into the boardroom, I rant and rave like a lunatic to these kids, and I leave and I go off and build my buildings,” Trump told CNN’s Larry King in 2004. “And then it gets good ratings, and they pay me. I mean, can you believe this?”

The line between reality and TV on the show was blurry then, and it’s still a matter of debate now.

Trump has suggested the show was a hit because it captured the authentic Trump. At other times, though, he’s dismissed some of his insulting comments on “The Apprentice” by saying “a lot of that was entertainment.”

Reality was nothing like the reel in some aspects.

Despite Trump’s on-camera declaration in January 2004 that he’d weathered financial trials and “worked it all out” by using his savvy to come back stronger than ever, Trump Hotels & Casino Resorts Inc. declared bankruptcy that August. In 2009, Trump’s casino interests went through another bankruptcy. An additional corporate bankruptcy in 2012 wiped out Trump’s remaining stake.

As for the benevolent side of Trump showcased on “The Apprentice,” The Washington Post reported in August that in almost every instance in which Trump pledged on the show to make a personal contribution to a charity highlighted on “Celebrity Apprentice,” the donation really came from sources other than Trump.

Eric Dezenhall, a Washington crisis management consultant, says Trump was adept at the two skills necessary to succeed on TV: “having a rap and being provocative.” His rap: “I’m a business wizard.” His provocations: unending.

“You scream, you shout,” says Dezenhall. “The whole concept of ‘you’re fired’ is isolating your enemy. You’re identifying someone bad and exposing them. That’s exactly what this campaign is about.”