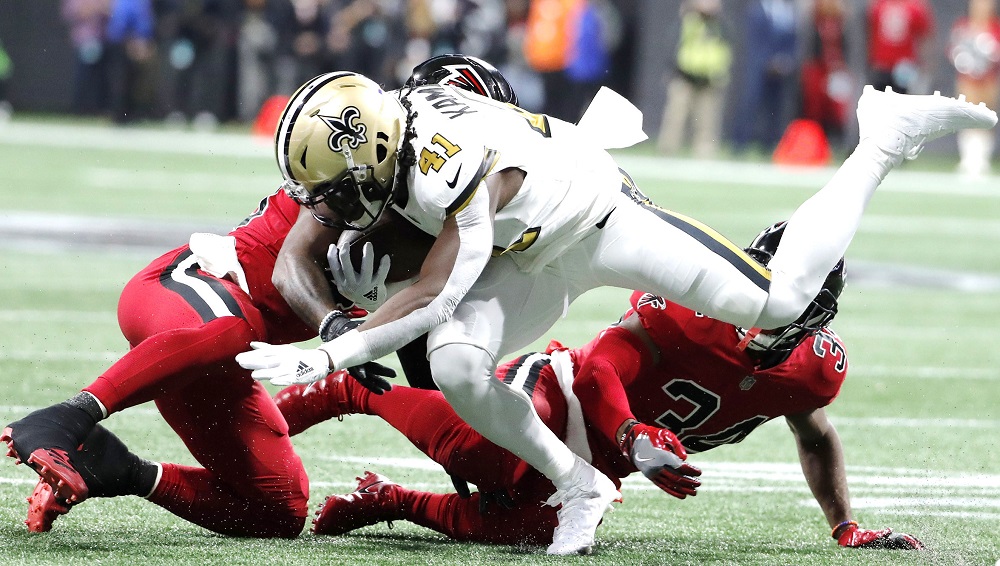 While watching the Thursday Night Football matchup between the New Orleans Saints and Atlanta Falcons, my friend mentioned that there’s a renewed campaign by players and those in the NFL against Thursday night games. And that was before the game.

Over the course of the game, the Saints lost six players to injuries, with five of those injuries coming in the first half. Quarterback Drew Brees was not happy after the game.

“It’s 100 percent a product of playing on Thursday night,” said Brees. “Do you understand what guys’ bodies go through in a game? And then to have to turn around four days later and to play? Look at the injury studies: They’re off the charts. So is this smart as it pertains to guys’ health and safety? No, absolutely not.”

The Saints biggest lost came on the first drive of the game, when rookie running back Alvin Kamara had to leave with a concussion. The winner of five-consecutive NFL Offensive Rookie of the Week awards has become the staple of the Saints offense, and the majority of their planning revolved around Kamara coming into the matchup with Atlanta. Losing him early seemed to be a death blow.

But, things continued to get worse. Guard Senio Kelemete also left the game with a concussion, forcing the Saints to dig deep into their reserves on the offensive line. Additionally, Kelemete’s backup cost the Saints a field goal before halftime by lining up incorrectly and ending the half on a penalty.

Linebacker A.J. Klein and safety Kenny Vaccaro also left the game in the first half with groin injuries, followed by an ankle injury from standout rookie defensive end Trey Hendrickson. Then, later in the game, wide receiver Ted Ginn Jr. left with an undisclosed injury.

Four other Saints players suffered various injuries throughout the game, including running back Mark Ingram who had to leave for one play late in the game.

Brees, the longtime NFLPA union leader, assured fans after the game that the issue of Thursday night games will be addressed this offseason as it has gotten out of hand (remember, the Seattle Seahawks suffered a similar experience about a month ago, losing Richard Sherman for the year and prompting Doug Baldwin to say that Thursday Night Football should be “illegal”). 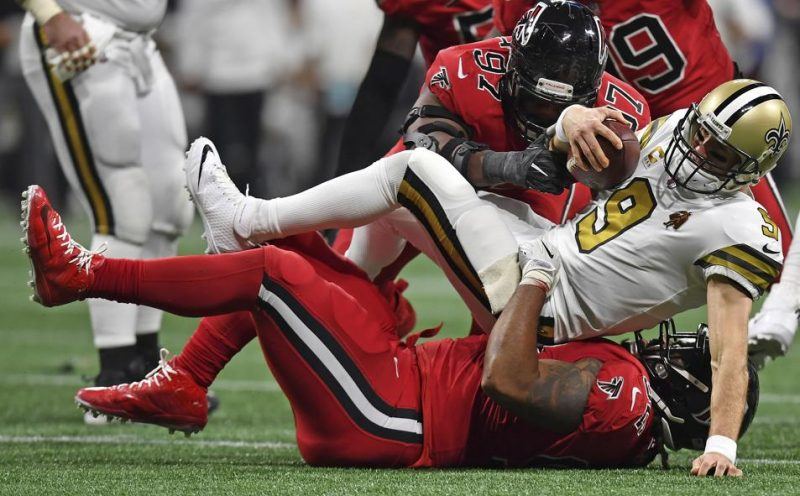 “I can sit here and tell you that no player likes putting himself at risk on four days’ rest, to come and put their bodies through what they put them through in a game,” continued Brees. “So you hope that it’s addressed, you hope that it’s talked about, and you hope that something is done about it. When you see guys go down, when you lose guys for what you think is unnecessary just because you put ‘em at a much higher risk in such a quick turnaround, that gets you upset.”

“Your body’s just not back,” said Vaccaro. “Muscle injuries, especially soft-tissue injuries, come from fatigue, and when you’re playing that close after a game on Thursday, chances are higher.”

In addition to the injuries that mounted on the New Orleans side, the Saints drew 11 penalties over the course of the game, an unprecedented number by a Sean Payton coached organization. By the end of the game, Payton’s frustration spilled over onto the field when the refs refused to acknowledge his timeout. Payton drew an unsportsmanlike conduct penalty for his reaction, effectively ending the game.

“I called a timeout, and then he asked me again, and I said, ‘I’ve already called the timeout.’ I probably said it with a little more oomph or vigor than I was supposed to, but I had enough. I gotta be smarter than that,” said Payton. “It was just one of those games. Listen, I’ve never seen anything like it. I’ve never been a part of a game like that. And it was frustrating. But our guys, we’ll bounce back.”

Overall, the game was terrible to the Saints between the injuries and numerous questionable calls (including an early roughing the passer call that extended a Falcons drive). It’s amazing that the game even came down to the last minute, especially considering it was played in Atlanta. The Saints could have won, and certainly would have won if the game was Sunday.

The two teams will meet again in two weeks in New Orleans, and the Saints will be looking for some sweet, sweet revenge.