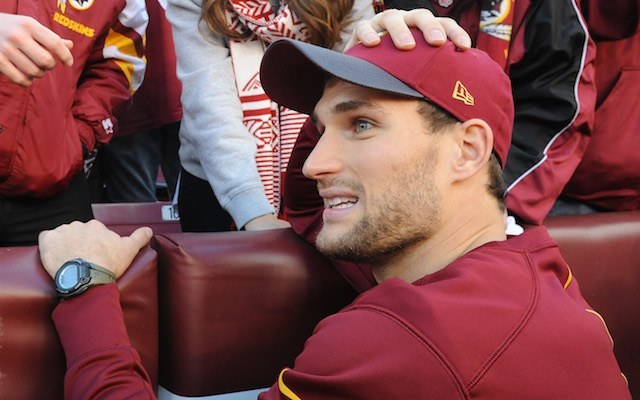 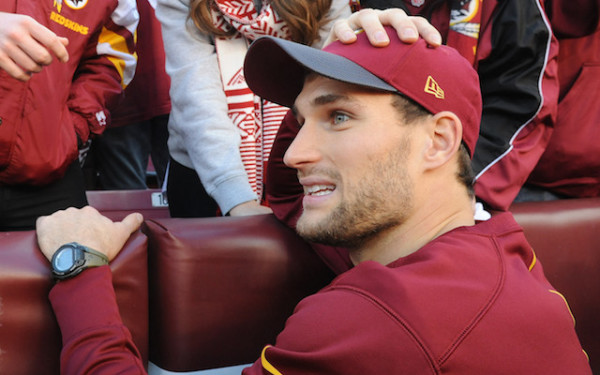 You and I are running short on time to become a millionaire on DraftKings. That’s fine. After all, there might be another time this year when the Powerball hits $1.6 billion. At least three people got to share in that mountain of cash, and hopefully they’ll be smart with it, unlike most huge money lottery winners where five years is usually when they wind up filing for bankruptcy.

If this guy was driving for Uber as his nickname suggests and scraping out a few hundred dollars a month as a taxi driver, I’d say that gig is over. Could not be happy for the guy. Driving folks around town isn’t done for the hell of it. The guy needed cash apparently….now he has a big stack of it.

His life changing lineup is below. 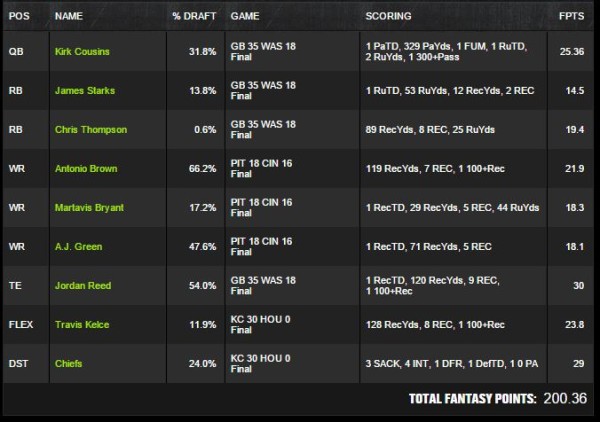 With limited games there was only one no-name on the list. Chris Thompson appears to have been owned only by Uberdetroit007 and a homeless guy who stole an iPhone outside a Piggly Wiggly. The Redskins running back made his fantasy bones in the passing game with eight catches.

Kirk Cousins racked most of his points in garbage time while James Starks had a typical game for his Packers.

The two Steelers receivers had nice totals on a low-scoring fantasy weekend along with AJ Green, whose late-game heroics were forgotten as soon as Pacman Jones showed off his incredibly low IQ, costing the Bengals the win.

Jordan Reed was no surprise at tight end. He was force fed by Cousins even when it was obvious no comeback was gonna happen.

I had Travis Kelce myself on a hunch and it paid off at the flex position like it did for the newest DK millionaire.

The Chiefs in the defensive slot were a big key. If you had a lineup without them this weekend, it’s likely your entry fees went to waste as Brian Hoyer played the worst game of his life against KC.

Not just the worst football game either. We checked with the guy’s embarrassed parents who said this game was even worse than the horseshoe game in which the Texans QB killed a stray cat as a kid. Worse than the 1999 game of Monopoly in which Hoyer wet himself as an 11-year-old in front of his girlfriend. And even worse than the middle school badminton tournament in P.E. in which he accidentally smacked an eighth-grade girl in the face, and she proceeded to beat him to a pulp.

Again, it was his worst game ever, throwing four interceptions and making sure he was accountable for all the turnovers by fumbling the ball away as well.

200 points isn’t a ton in a tournament on DraftKings but on some weeks the fantasy production just isn’t there. This was one of those weeks with a 10-9 game in Minnesota, Houston laying an offensive egg, and the Steelers / Bengals only scoring 34 between them.

In other DraftKings news, Massachusetts is making efforts to regulate the DFS industry. While that’s not great news for DFS, it is better than the New York approach of destroying the industry altogether.

By the way, DraftKings and FanDuel have been granted a permanent stay in New York until the trial to determine their fate is wrapped up.

DraftKings reps were on hand at the public hearing in Massachusetts to discuss the proposed restrictions on users who choose to play the daily fantasy games.

More detailed hearings are on the horizon.

Among the proposals from state officials in order to protect the consumers were:

The age limit should be 18 as noted by DK reps. If a man or woman can vote or be sent off to war then surely they can have the opportunity to play daily fantasy football. “Land of the free” and all that noise.

The deposit restrictions would really hurt professional players who need to risk much more than $1000 a month in order to earn a living as a fantasy shark. No one is going to feel sorry for guys like CONDIA who feasts on newbies in low entry fee games, but limiting the deposits hurts the industry as a whole.

The Massachusetts government will argue that deposit limits are needed in order to protect the users from themselves. Yet there are no such protections for state lotto players who are free to gamble away their entire checks each week if they so choose. Many of these lotto players are on government assistance as well, so that means that it’s the working class who pays for these lottery addicts to scratch their day away.

I was disappointed that it was only Peter Schoenke, chairman of the Fantasy Sports Trade Association who took umbrage to the third point concerning season long leagues being affected by daily fantasy regulations in the future.

The DFS company has a lot on its legal plate, but it would have been nice to hear them defend the freedoms of season long enthusiasts as opposed to appearing merely self-concerned.

The fantasy sports industry as a whole needs to stand together in order to get fair regulations and defend against attorney generals like Eric Schneiderman for which regulation isn’t enough, but prefer to wipe out any and all  competition to casinos and state lotteries instead.