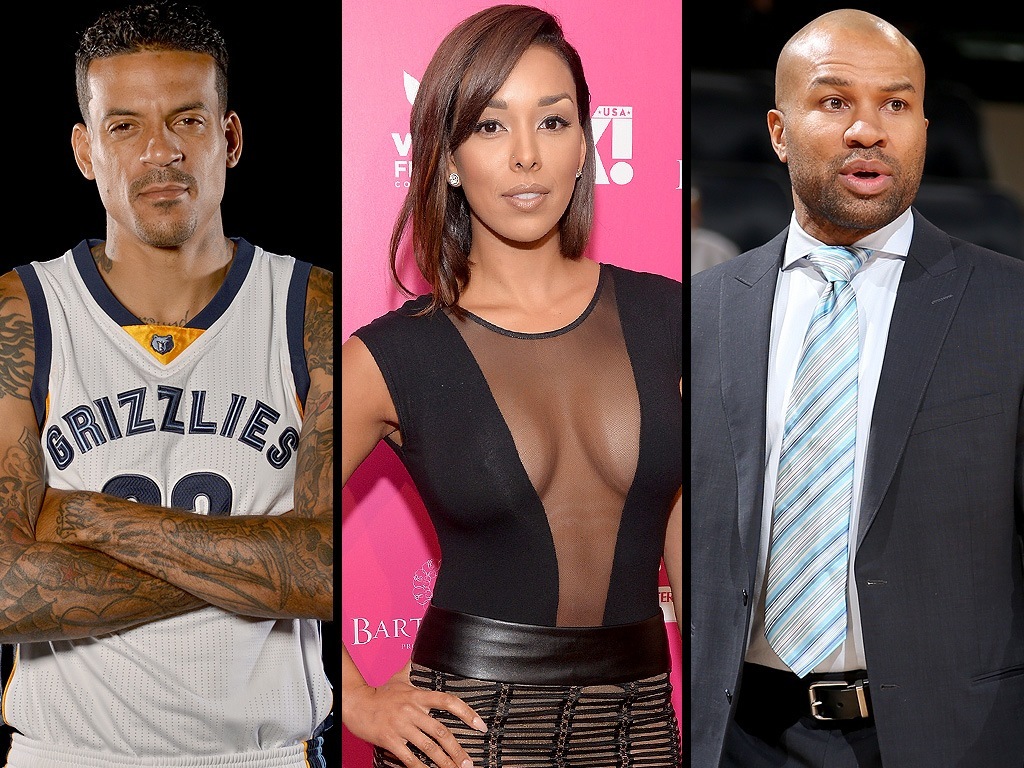 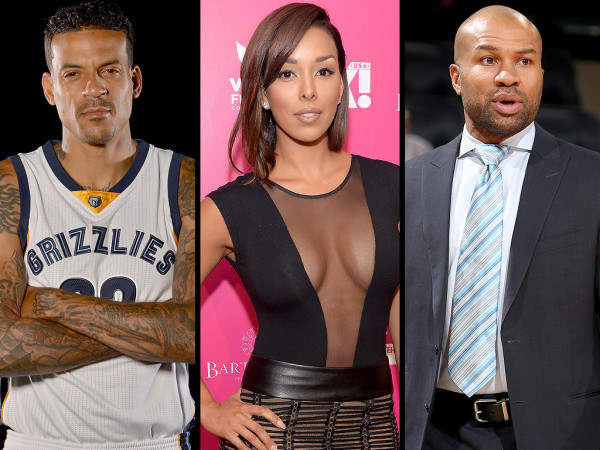 On the eve of what would otherwise be a relatively normal NBA matchup between the Memphis Grizzlies and New York Knicks, Grizzlies forward Matt Barnes has decided to reopen a dialogue on his feud with former Los Angeles Lakers teammate and current Knicks head coach Derek Fisher.

“I don’t talk to snakes,” said Barnes when asked about Fisher and Saturday’s matchup, the first since the incident broke back in November.

“I know I got to keep my mouth shut because then he’ll run and tell. So we’re focused on playing that team, and when I’m retired, him and I will cross paths again.”

For those of you out of the loop of the grown-man drama here, Barnes found out that his estranged wife, Gloria Govan of “Basketball Wives LA,” was dating Fisher. Feeling betrayed by both his wife and his former teammate, Barnes “went crazy” and drove to Govan’s home to “beat the sh*t” out of Fisher.

Derek ended up with a few scratches but opted not to press charges. He did, however, tell the police in the NBA. Barnes, of course, didn’t like that, calling Fisher out for being a snitch and later describing the whole situation as “two grown men who should have handled two grown men’s business.

Things have hardly gotten better between the two. Barnes posted a long Instagram caption saying goodbye to 2015, the “worst year of my life.” Barnes also ranted about a “snitch, I mean former teammate and friend who went behind my back, messed with my ex, got caught, got dealt with for being a snake, then ran and told the police and NBA.”

Barnes was suspended two games for the incident but is currently working with the NBAPA to recoup the $64,000 in lost wages from that suspension.

Let’s just hope he doesn’t do anything stupid to Fisher with the cameras watching. That’s a good way to lose another $64K.

Matt Barnes said before the Knicks-Grizzlies showdown Saturday that he didn’t want his sparring partner, Knicks coach Derek Fisher, to go near him or even try to shake his hand.

And the Memphis police wouldn’t have let him anyhow. Three uniformed Memphis policeman stood watch outside the Knicks locker room 45 minutes before tip-off Saturday night at the FedEx Forum. During pregame warmups, two policemen stood on the corner of the court by the Knicks basket.

Though Barnes and Fisher never got to tango, Barnes had the last laugh after realizing that sometimes you just let karma step in to do the work for you.

Barnes scored his first points with 25.4 seconds left to put the game out of reach Grizzlies, giving them an insurmountable seven-point lead. Poetically, Barnes dribbled out the clock on a 103-95 victory over the Knicks, laughing as he bounced the ball to the buzzer.

Barnes attacked Fisher at the Los Angeles home of his estranged wife, Gloria Govan, who was having a rendezvous with Fisher. The Post reported, before the attack, Barnes had for weeks texted Fisher threatening messages, the NBA investigation revealed.

“Our main goal was to come out tonight and get a win,’’ Barnes said. “I don’t care about talking about him. Let’s talk about the game.’’

Barnes, as promised, barely glanced Fisher’s way across the Knicks-Grizzlies matchup that marked the first time the love-triangle fighters were under the same roof since October’s backyard melee. Fisher stood the whole time Barnes was in the game. Maybe Barnes is saving it for the Feb. 5 Garden rematch.

The Knicks coach, who grew up 90 minutes away in Little Rock, Arkansas, got booed heavily during pregame introductions. Fisher was decked out in all black — black suit jacket, dress shirt, pants and a black corsage-like apparel — as if dressed for a funeral.

One fan held up a sign #Teammatt with a picture of Fisher’s face as the head of the snake — which Barnes had called him on his Instagram. In the second quarter, security had asked the fan to remove Fisher’s picture.

In the fourth quarter, as Memphis pulled away, Knicks director of security, John Donahue conspicuously positioned himself between Fisher and the Memphis bench.

Barnes’ only other moment of note came when he was charged with a flagrant foul on Porzingis in trying to break up at lob to the 7-foot-3 Latvian at the rim. He was 0-for-3 from the field with five assists and eight rebounds.

In his pregame press conference 90 minutes before tip-off, Fisher got testy when asked about Barnes’ assertion the NBA universe supported his act. “We’re here to play basketball,’’ Fisher said. “This is a basketball game. This is not about me and what happened. It’s about the game. If you have some basketball questions, that’s what I’m here for. I’ve answered these questions plenty of times. There’s nothing to talk about. Decisions have been made. I say we move on.’’

On Friday, as reported by The Post, Barnes dropped a strong hint some Knicks players approached him. Saturday, Barnes made it seem the entire universe supported his revenge act.

“There’s support throughout the league, other leagues, GMs, owners, entertainers, actors, everybody,” Barnes said. “It’s been a great support.”