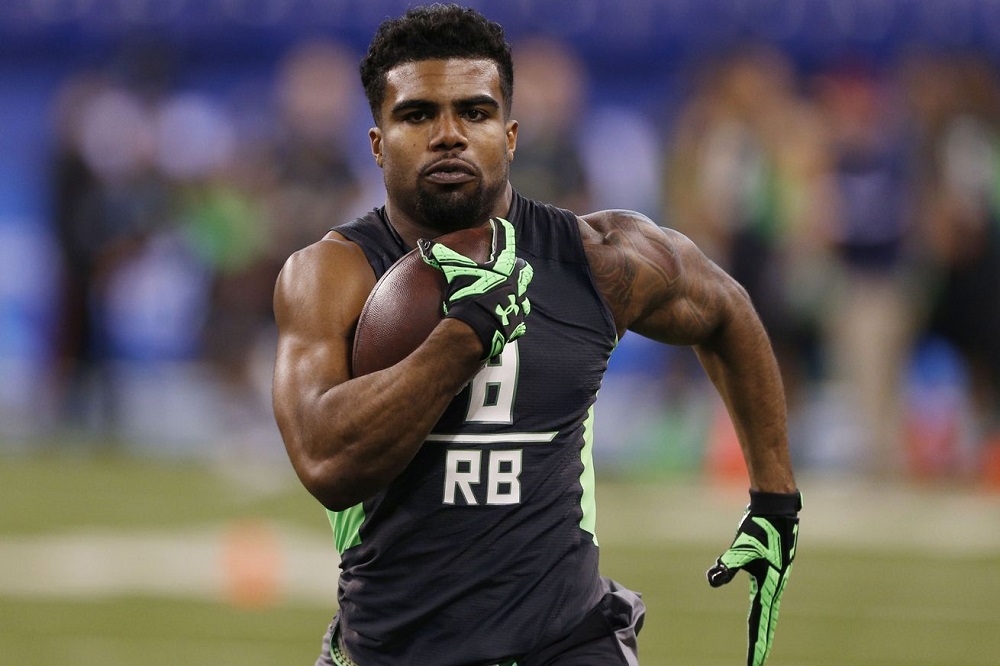 Looking to make more than 19 cents on DraftKings? Better get familiar with perfection. To win big, you have to get close to that goal of the perfect lineup.

Big tournaments are won by taking risks. So, by hook or by crook, your goal is to not be average or even good. Your goal is to be elite.

Hitting first place even in a smaller tourney is no easy task, much less one that pays out a cool million to first place. So once again I share with you the perfect lineup courtesy of Fantasysportsco.com. And I breakdown the roster. 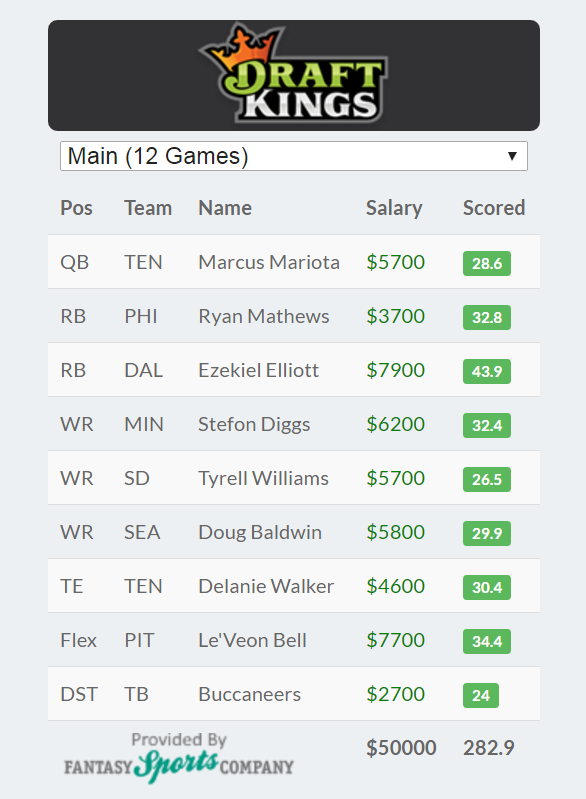 Biggest Game Check – Ezekiel Elliott was the fat price tag guy this week on the perfect lineup for the main slate of games on Sunday. Le’Veon Bell was the second highest and scored 9 points less than the $200 higher Zeke. Bell was up against a better defense than Zeke. That was one key difference, even though Bell was more likely to score bigger points in the passing game.

Space Maker – Ryan Mathews has not been impressive in 2016 for the most part. But against the Falcons, he was a cheap choice with big upside. To Atlanta’s credit, their run defense has not been putrid like their pass defense. But Philly exposed the ATL’s defensive front the entire game, barely letting Matt Ryan have the ball.

Stacks on Stacks – Delanie Walker is a tight end worth taking as a flex for his upside on any week. This week it was pivotal to stack him with Titans’ QB Marcus Mariota versus a pitiful Green Bay defense that gave up 35 points in the first half alone.

Lucky Pick – Stefon Diggs is an up and down player. Plus, considering the fact that he depends on a quarterback that has the quickness of a slug in the pocket, to get him the ball, it’s a miracle he scored 32 points on DraftKings. It’s his second 30+ point performance of the season. But he’s also had single-digit outputs, on three occasions.

Defense wins $$ – Chicago is a terrible football team with an even worse offense. That made Tampa a perfect choice for the defensive slot in DFS. Cutler took a safety and handed over a fumble and two picks to the hungry Bucs defense. Chicago plays the Giants next week. So pencil in NY as your defense and Odell Beckham would be a good guess to make the perfect lineup as well.

Sure Thing plus a Value Pick – Zeke Elliot is as sure a running back in the NFL right now. He’s got the best O-line in football, and the Dallas offense is based around the rush to protect a rookie QB. Marcus Mariota is on the rise in fantasy play, plus he was a bargain at $5700. Can’t go wrong with two guys playing against suspect defenses in Pittsburgh and Green Bay.

Bonus info: Which players on the perfect lineup improved their point totals the most compared to their last game? Take a look:

* Marcus Mariota was the only one on the roster that actually had a dip in points from week 9 to week 10.