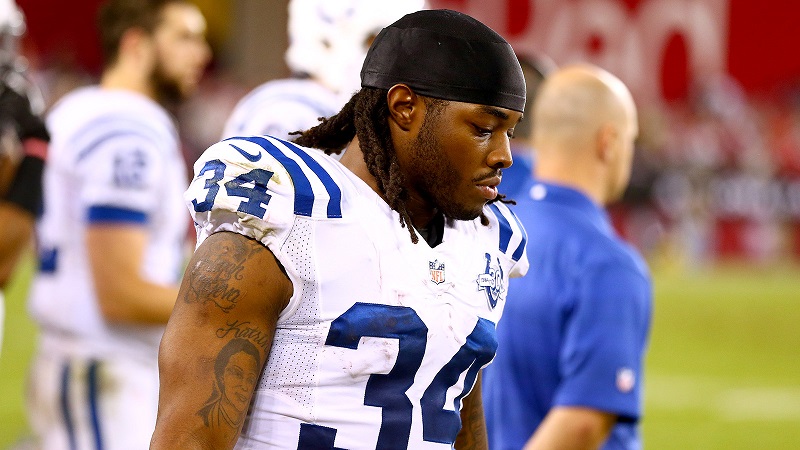 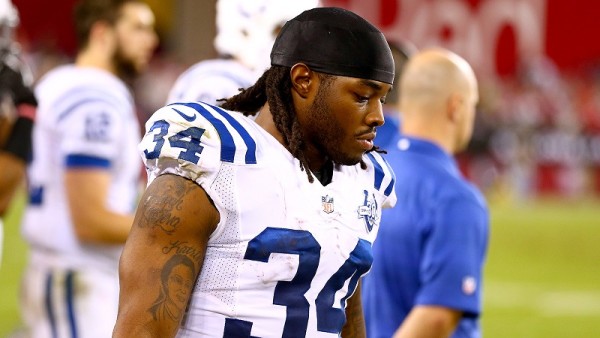 Trent Richardson was going to be a dominant NFL running back. I was sure of it and many others had the same notion. That includes the team that drafted him in 2012, the Cleveland Browns. Richardson has proved us all wrong so far. His time in the NFL has been a huge disappointment and teams all around the NFL will try to avoid drafting the next Trent Richardson come April 30th. That’s not an easy task. How can you know that a guy who absolutely gashed defenses in college the way this guy did will fail in the pros?

Richardson was recently cut by Indianapolis after two dismal seasons. The Colts traded for the runner in 2013 to help out their all world quarterback Andrew Luck. The former Alabama running back was of no help to Luck or the colts, averaging just 3.1 yards a carry in 29 games. The Colts finally had enough of his act and suspended him for two games, one being the AFC Title Game versus the Patriots. The suspension keeps the Colts from paying part of the money they owe the player so I can see why Richardson has filed a grievance on the suspension. Richardson put himself in this position with his poor play though. If he had been doing his job, there’s no way his team would suspend him for a conference title game. He was expendable so they took measures to save some cash on a player that wasn’t helping them anyway. 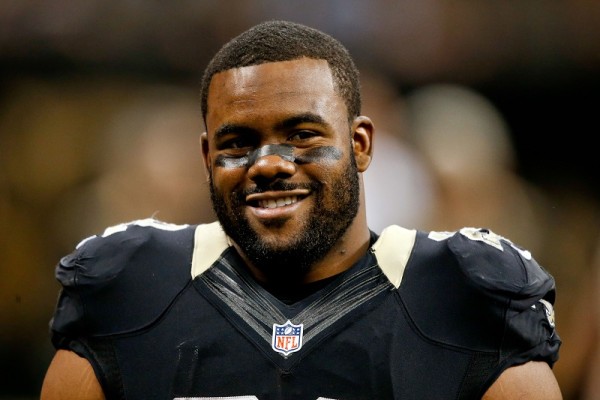 Let’s go back in time just a bit to Alabama. Mark Ingram was the star running back when Trent Richardson started getting some carries as an underclassman. Richardson was talked about by many experts as being better than Ingram, the starter. Keep in mind that Ingram would eventually win the Heisman Trophy. Once Ingram was off to the NFL, Richardson continued his electrifying performances, now as the starting running back for the Crimson Tide. His play was sure to carry over to the pros. Running backs can make the biggest difference as a rookie. The hardest thing they have to learn is pass protection schemes. Other than that, all they need to do is just what they have done in college, run the ball. It’s not a complicated position so young players can make a big impact early on. It’s one reason veteran backs are not seen as valuable as they once were.

Richardson’s rookie year with the Browns was not awful. He was close to 1000 yards on the ground and even caught 51 passes for 367 yards. But that year was his best by far. His two years with the Colts have produced less than a thousand rushing yards in total. He has missed his agreed upon weight 14 times in 2014 according to reports, although he disputes the specifics of that agreement.

Now that Richardson has been cut by the Colts he will look to be picked up by another team. He still has potential so I’m sure someone will take a shot with him. He didn’t get to be the third overall pick in the draft by having zero talent. I have a feeling that talent isn’t the issue. Work ethic and dedication to his craft may be the problem. How else can you explain a guy having tons of success at the highest level of college football and then falling on his face in the NFL?

Were I Trent Richardson, I would at least think about dropping the grievance against the Colts even though he may have a valid argument. If he truly wants to prove people wrong, then he should wash his hands of all that happened in Indy and move forward. Talk is cheap and just saying he is going to show the world how good he is doesn’t hold much water. He can still be the back with so much promise coming out of Alabama, but it’s going to take a major change in attitude on his part. He has no one to blame but himself. NFL teams don’t go out of their way to ruin a player’s career whom they valued enough to use a top draft pick on. That would be insanity.

There will be a few Trent Richardson’s in the 2015 draft. Guys who balled like crazy in college will simply not have what it takes to make it on the next level. The teams that waste a pick on them will be set back in dollars and time wasted. There is simply no way to fool proof the draft system though. If a guy like Richardson can fail so miserably, then it can happen to any player.

We are pretty hard on athletes that fail to meet their potential. These guys are in the limelight so that’s to be expected. Just think about all the average folks that didn’t reach their potential that we never think about. The genius working in a mundane lab job that could have come up with a great concoction to cure some disease. The insurance salesman selling worthless insurance who could have been a pro golfer with more practice. Or the teacher that could have turned around lives of many students if she didn’t become jaded with all the red tape of the teaching world. Trent Richardson just happened to fail on the biggest stage of all, the NFL. It’s not over for him yet, he still has a shot to be what we thought he could become as a pro. His chances are still there, but Not For Long.