Home All News Politics Donald Trump’s Inauguration: A day of parties and protests 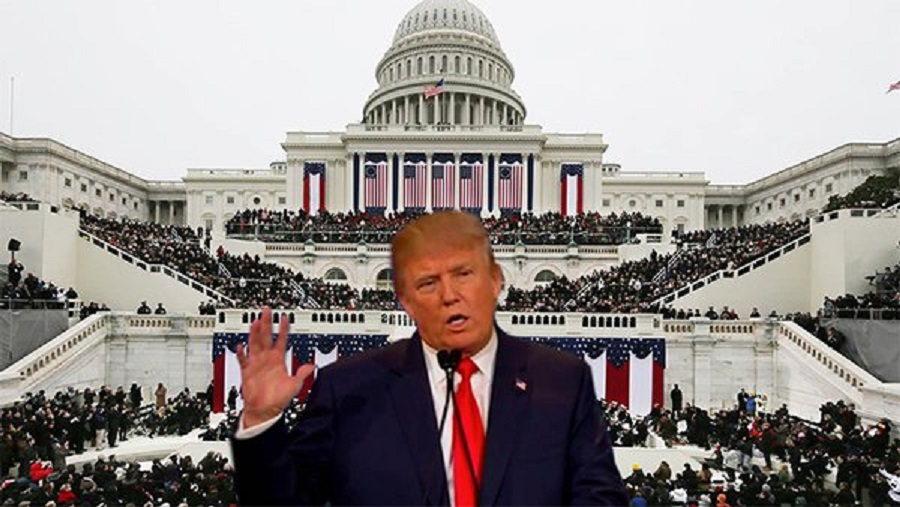 President-elect Donald Trump‘s inauguration on Friday will surely make history for both the parties and the protests that will be happening. Countless Democrats are boycotting the event and getting an All-Star lineup to perform has been next to impossible for the next president of the United States.

Hundreds of thousands of people are expected to clog the nation’s capital for Donald Trump’s inauguration and a major demonstration the day after. How many will actually arrive to party or protest is an open question.

Officials estimate that 800,000 to 900,000 people will be present Friday for the inauguration, a celebration that takes over the city, closing roads, taxing the city’s Metro transit system and making getting around difficult. Trump himself has promised “massive crowds,” but just what that will mean is unclear.

Hundreds of thousands of others are expected Saturday for the Women’s March on Washington.

Trump showed he could draw crowds during the campaign, but his supporters weren’t so quick to make plans to be in Washington for his inauguration.

Elliott Ferguson, the president of Destination DC, the city’s convention and tourism bureau, said that before Election Day hotels had more events tentatively planned for a Hillary Clinton victory than a Donald Trump one. And when Trump won, the “level of enthusiasm” and demand for hotel rooms did not immediately reach that of past recent inaugurations, he said.

“No one’s phones were ringing” on the day after the election, he said.

Things started to pick up after New Year’s, but some hotels have cut back minimum-night stays from four nights to two. Some hotels are only 50 percent full, though higher-end hotels apparently have more bookings, he said.

“It’s been much, much slower than anyone would have anticipated for a first-term president,” he said.

“The moment it was confirmed it was happening in the city our hotels were seeing reservations take place,” he said.

City planners are betting that Trump’s inauguration is more like President Barack Obama‘s second inauguration in 2013, which drew more than 800,000, rather than Obama’s first in 2009, which drew 1.8 million people. But while officials have experience and historical data to draw on to estimate crowds for Friday, guessing how many people will show up for Saturday’s demonstration is harder. Women’s March on Washington organizers said in applying for a demonstration permit that they expected 200,000 people.

Christopher Geldart, the District of Columbia’s homeland security director, thinks the march will draw more than that. Some 1,800 buses have registered to park in the city on Saturday, which would mean nearly 100,000 people coming in just by bus, Geldart said. Amtrak trains into and out of the city are also fully booked on that day, Geldart said.

“Usually when I look at things like that, that tells me we’ve got a pretty substantial crowd coming in. That leads me to believe we’re definitely above the 200,000-person mark,” Geldart said.

In contrast, approximately 400 buses have registered to park in the city on Inauguration Day, said Terry Owens, a spokesman for the District Department of Transportation, though he said that number is growing daily.

For their part, march organizers are trying to get a headcount by asking people who plan to participate to fill out a questionnaire on their website. That will help ensure they have the right number of things like portable toilets, medical tents and food trucks, said Janaye Ingram, who is handling march logistics. More than 100,000 people have already registered using the form, Ingram said.

Rally, a New York City-based transportation company that connects people with bus rides to events, has organized many of the buses coming to Washington for Saturday’s march. The tally includes buses from more than 200 cities in 26 states. The company’s president and co-founder, Siheun Song, said the northeastern portion of the United States has “largely become sold out of motor coaches” for the day. Demand is so great the company is using school buses to bring people to the march from Maryland, she said.

“In six years of doing business we’ve never seen buses get sold out so quickly,” she said.

For its part, the Washington Metropolitan Area Transit Authority, which runs the city’s rail and bus system, is planning an all-day effort to move people on Inauguration Day. The system is opening at 4 a.m. – an hour earlier than normal – and running rush hour service for 17 hours until 9 p.m. But the system hasn’t seen a need to change its usual Saturday operations. The rail system will open at 7 a.m., its normal time for the day, and run on a regular Saturday schedule.

The Sunday Herald Puts Some Humor Into Donald Trump’s Inauguration:

The Sunday Herald TV critic Damien Love reimagined the ceremony as a return of the classic science fiction series The Twilight Zone.

“After a long absence, The Twilight Zone returns with one of the most ambitious, expensive and controversial productions in broadcast history. Sci-fi writers have dabbled often with alternative history stories – among the most common is the “What If The Nazis Had Won The Second World War” setting – but this huge interactive virtual reality project, which will unfold on TV, in the press, and on Twitter over the next four years, sets out to build an ongoing alternative present.

The story begins in a nightmarish version of 2017 in which huge sections of the US electorate have somehow been duped into voting to make Donald Trump president. It sounds far-fetched, and it is, but as it goes on it becomes more and more chillingly plausible. Today’s feature-length opener concentrates on the gaudy inauguration of President Trump, and the stirrings of protest and despair surrounding the ceremony, while pundits speculate gravely on what lies ahead. It’s a flawed piece, but a disturbing glimpse of the horrors we could stumble into, if we’re not careful.”

Not everyone approved of the joke though. One user tweeted: “They can’t even write a TV schedule without filling it with fake news and propaganda.”

The Editor of the Sunday Herald, Neil Mackay, tweeted: “I would like the good people of the world to help me get @realDonaldTrump to read this from today’s Sunday Herald. Love from Scotland x.”

The president-elect, normally quick to react to criticism, has not responded to the piece so far.