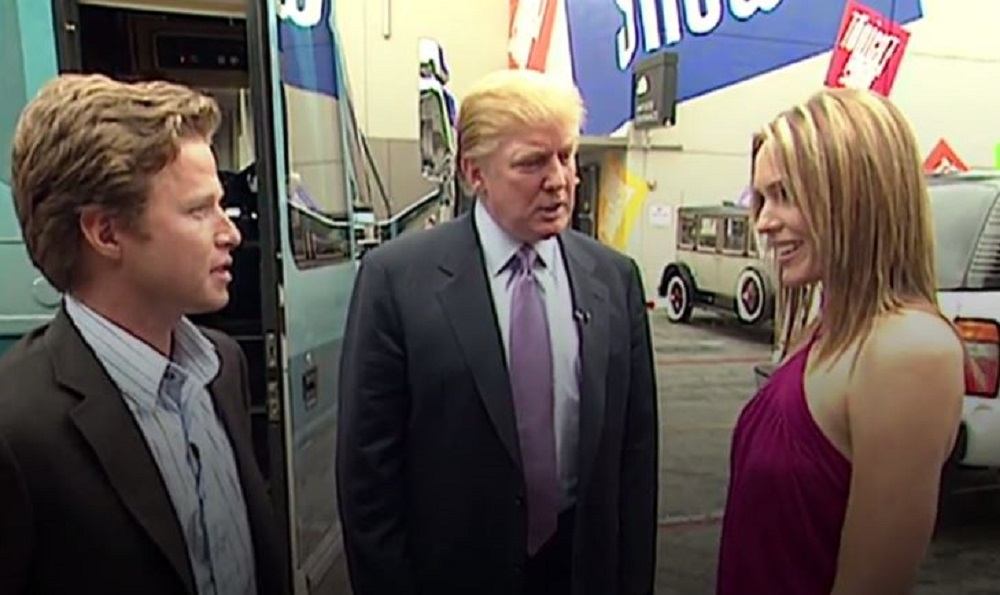 We reported Sunday that Billy Bush was suspended from the “Today” show indefinitely after the tape was leaked showing him and Donald Trump being very crude about women. Bush had been preparing a major apology for Monday’s show, but that was pre-empted by him being suspended.

Viewers turned in Monday to see how this would affect the show, but after fifteen minutes into the show, Savannah Guthrie made a very brief statement about Bush after a lengthy discussion about the Donald Trump and Hillary Clinton second debate.  “Today” kept everything regarding Bush to a minimum about the tape and his role in it the controversy.

Bush, who now co-hosts the third hour of NBC’s Today, was initially expected to appear on Monday’s show and apologize, again, for his role in the incident. But on Sunday night, news broke that Bush would not be on Monday’s show and in fact, had been suspended. Today senior vp Noah Oppenheim sent a memo to the show’s staff about Bush’s suspension, saying in part, “There is simply no excuse for Billy’s language and behavior on that tape.”

Still Today viewers were curious to see how the morning show would address Bush’s role in the scandalous comments.

The morning show — hosted on Monday by Savannah Guthrie and NBC Nightly News anchor Lester Holt, filling in for Matt Lauer, who was off Monday — spent its first 15 minutes on Sunday night’s second presidential debate, keeping any references to the tape minimal and in the context of what was said about them during the debate.

The first extended reference to the tapes came from NBC News’ reporter on the scene in St. Louis, Hallie Jackson, who referred to the “vulgar audio that’s thrown [Trump’s] campaign into crisis.” During a news recap, she said the audio was “part of a 2005 conversation with Billy Bush during Access Hollywood, which is presented by NBCUniversal.”

Trump and Clinton campaign managers Kellyanne Conway and Robby Mook, respectively, also referred to the tapes but didn’t mention Bush by name, with Conway insisting that Trump has apologized and Mook countering that his characterization of his remarks as “locker room talk” was him “doubl[ing] down on his non-apology.”

Chuck Todd, Nicolle Wallace, Steve Kornacki were then brought in to analyze the effect of Clinton and Trump’s performances on the minds of voters.

It wasn’t until the end of the opening segment that Guthrie addressed Bush’s suspension, saying simply, “Pending further review of the matter, NBC News has suspended Billy Bush, the host of Today‘s third hour, for his role in that conversation with Donald Trump.”

At the top of the Today’s Take 9 o’clock hour, co-hosts Al Roker and Tamron Hall briefly addressed Bush’s absence. Roker said, “As you can see Billy Bush not joining us. As you’re probably aware, he’s part of Access Hollywood taping with Donald Trump that’s been in the news all weekend.” “NBC, which owns Access Hollywood, has suspended Billy for his role in that conversation pending further review,” Hall said and then turned to the debate saying, “With that said —” 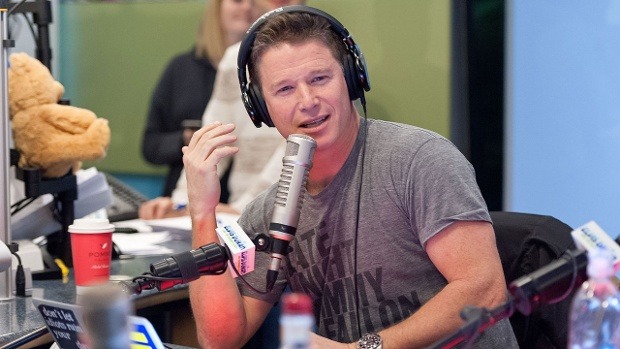 NBC on Sunday suspended “Today” show personality Billy Bush indefinitely after he was caught on a videotape from 2005 in a crude conversation about women with Republican presidential candidate Donald Trump.

“Today” Executive Producer Noah Oppenheim said in a memo Sunday that “there is simply no excuse for Billy’s language and behavior on that tape.” Bush, who hosts the third hour of the “Today” show, has been suspended “pending further review of the matter,” Oppenheim said.

NBC announced its decision two days after the videotape from the “Access Hollywood” archives surfaced. Bush was a host for that show in 2005, and he was taped in a hot-mic discussion with Trump when the future presidential nominee was on a Hollywood set to make an appearance on a soap opera.

On the tape, Trump brags about kissing, groping and trying to have sex with women who were not his wife. Bush joins in, laughing at some of Trump’s comments and later encouraging an actress to hug Trump.

Bush, 44, has been brutalized on his own Facebook page since the tape surfaced. Hundreds of hostile comments were attached to Bush’s last posting Friday – of him distributing a plate of bacon to “Today” viewers outside of the show’s studio. “You are sickening!” one woman wrote, in a comment that nearly 5,000 had “liked” through Sunday afternoon.

Angering women viewers of a show as important to NBC’s bottom line as “Today” is no small matter. Many viewers upset by 2012’s messy dumping of Ann Curry as “Today” host took it out on colleague Matt Lauer; the show’s ratings still haven’t recovered. Women make up the majority of “Today” viewers, particularly in the last two hours.

Bush has only been at “Today” for two months, where he’s had a rocky start. He was the reporter to whom American swimmer Ryan Lochte lied about being robbed at the Olympics. When Bush later tried to defend Lochte on “Today,” he was dressed down by colleague Al Roker.

The “Access Hollywood” tape was an embarrassment on multiple levels for NBC News. The news division for days had been aware of the tape from the NBC-owned entertainment show but was scooped by The Washington Post on Friday when the newspaper was tipped off about its existence and got a story out within hours.

Bush issued a statement Friday apologizing for his actions.

The tape showed Bush and Trump speaking as the Republican was about to appear on the daytime drama “Days of Our Lives.” From the bus they had ridden to the set, Bush pointed out to Trump an actress, Arianne Zucker, who was there to greet them.

“I’ve gotta use some Tic Tacs, just in case I start kissing her,” Trump said. “You know, I’m automatically attracted to beautiful … I just start kissing them. It’s like a magnet. Just kiss. I don’t even wait. And when you’re a star, they let you do it. You can do anything.”

“Grab them by the p—-. You can do anything,” Trump added.

After getting off the bus, Bush asks the actress to hug Trump, then adds, “How about a little hug for the Bushy?”

The married father of three is the nephew of former President George H.W. Bush.