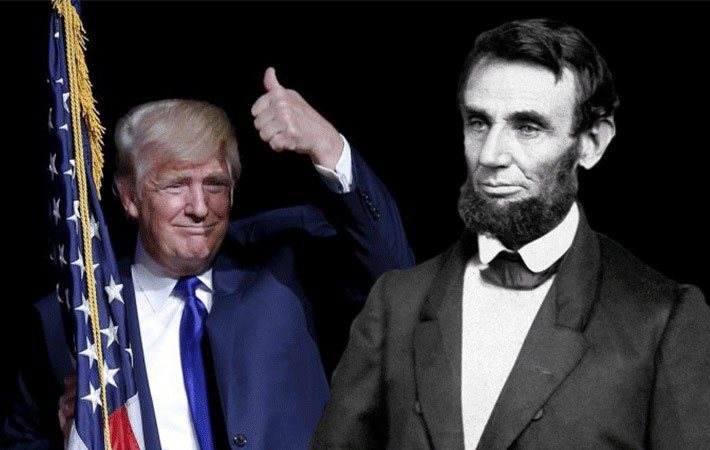 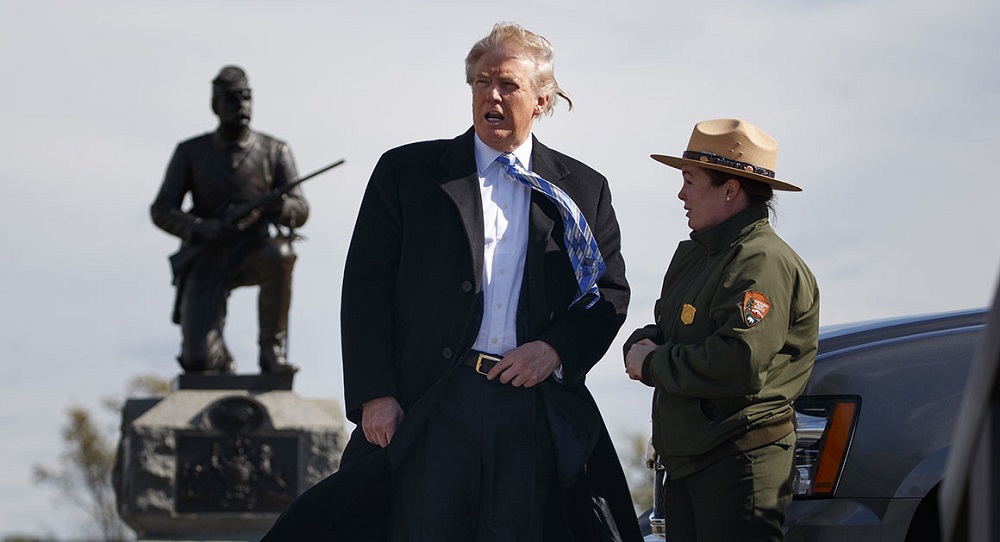 Only Donald Trump could create an event at a historical place while also forgetting the main purpose of the original event. Trump upped his most recent antics to give his own Gettysburg address where he once again bullied the women accusing him of sexual misconduct while also talking about ‘healing divisions.’

You can only imagine what Abraham Lincoln would think if he saw his sacred historical land being desecrated in this way.

Steering his campaign toward controversy yet again, Donald Trump vowed Saturday to sue every woman who has accused him of sexual assault or other inappropriate behavior. He called them “liars” whose allegations he blamed Democrats for orchestrating.

Trump’s blunt threat of legal action eclipsed his planned focus on serious-minded policy during a speech in Gettysburg. Though his campaign had billed the speech as a chance for Trump to lay out a to-do list for his first 100 days as president, he seemed unable to restrain himself from re-litigating grievances with Hillary Clinton, the media and especially the women who have come forward in recent days.

“All of these liars will be sued once the election is over,” Trump said. He added later: “I look so forward to doing that.” 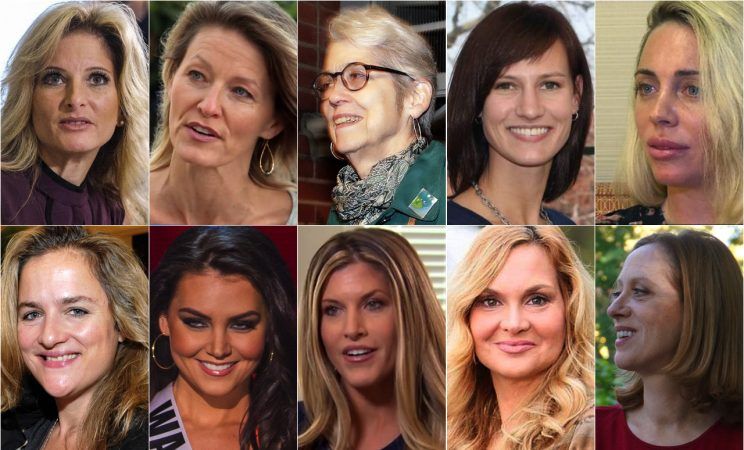 Ten women have publicly accused Trump of unwanted advances or sexual assault in the weeks since a 2005 recording emerged in which the former reality TV star boasted of kissing women and groping their genitals without their consent. Trump has denied all allegations while insisting some of the women weren’t attractive enough for him to want to pursue.

“Every woman lied when they came forward to hurt my campaign,” he said. Without offering evidence, he surmised that Clinton or the Democratic National Committee had put the women up to it.

Clinton’s campaign said it was a troubling insight into a potential Trump presidency. Clinton spokeswoman Christina Reynolds called the speech “rambling” and “unfocused.”

Trump’s broadside against the women came at the start of an otherwise substantive speech that sought to weave the many policy ideas he has put forward into a single, cohesive agenda that he said he would pursue aggressively during his first three months in office.

The Republican nominee vowed to lift restrictions on domestic energy production, label China as a currency manipulator and renegotiate the North American Free Trade Agreement, familiar themes to supporters who have flocked to his rallies this year.

“This is my pledge to you, and if we follow these steps, we will once again have a government of, by and for the people,” Trump said, invoking a phrase from President Abraham Lincoln’s Gettysburg Address.

Though mostly a rehash of policies he’s proposed before, Trump’s speech included a few new elements, such as a freeze on hiring new federal workers and a two-year mandatory minimum sentence for immigrants who re-enter the U.S. illegally after being deported a first time. In a pledge sure to raise eyebrows on Wall Street, he said he’d block a potential merger between AT&T and media conglomerate Time Warner.

Translating his proposals into digestible bullet points, he offered to-the-point titles for the legislative vehicles he’d need Congress to approve to accomplish his goals, such as the “End Illegal Immigration Act” and the “Repeal and Replace Obamacare Act.”

Throughout the GOP primary, Trump was criticized for shying away from detailed policy proposals. But his speech, which aides said would form the core of his closing argument to voters, underscored how the billionaire has gradually compiled a broad – if sometimes vague – policy portfolio that straddles conservative, isolationist and populist orthodoxies.

Yet any headway that Trump may have made was likely to be diluted by his legal threats against his accusers, just the latest example of Trump stepping on his intended message at inopportune moments. Days earlier, during the final debate, his otherwise well-received performance was marred by an alarming statement near the end that he might not accept the outcome of the election if he loses.

Trump didn’t say what kind of lawsuits he planned to file against the women, but any libel litigation could be complicated by the fact that Trump, in the 2005 recording, bragged about the same kind of conduct the women now accuse him of perpetrating. Trump recently vowed to sue The New York Times for libel but has not yet followed through on the threat.

With the debates now over, Trump and Clinton have few apparent opportunities to alter the course the race substantially – a reality that benefits Clinton more than Trump. The Republican is trailing his opponent in most of the battleground states while Clinton eyes potential victories in states such as Arizona, Georgia and Utah that are traditionally safe GOP territory.

During Trump’s struggles, Clinton has been displaying growing confidence, while making direct appeals to voters “who may be reconsidering their support” for Trump following the sexual assault allegations and other troubles.

“I know you may still have questions for me,” Clinton said Friday in Cleveland. “I respect that. I want to answer them. I want to earn your vote.”

Her campaign headquarters in New York was back up and running after a scare over an envelope that arrived containing a white powdery substance. Initial tests showed the substance wasn’t harmful.

Meanwhile, Clinton was getting a campaign boost Saturday from singer and pop icon Katy Perry, who was pushing early voting in Las Vegas.

More than 4.4 million votes have already been cast. Data compiled by media outlets found that Clinton appeared to be displaying strength in crucial North Carolina and Florida, while Trump appeared to be holding ground in Ohio, Iowa and Georgia.