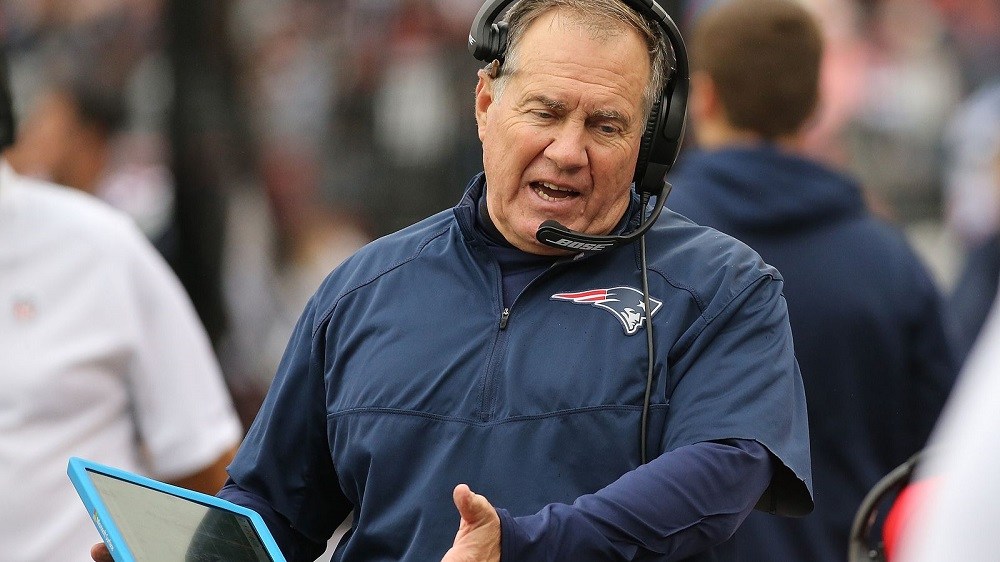 It’s not that New England Patriots coach Bill Belichick hates only the Microsoft Surface tablets that the League forced onto NFL sidelines. New England’s head coach hates all forms of technology that suck.

Belichick went on quite a rant Tuesday when asked why he hated the Surface Pros.

“As you probably noticed, I’m done with the tablets,” Belichick said. “They’re just too undependable for me. I’m going to stick with pictures, which several of our other coaches do, as well, because their just isn’t enough consistency in the performance of the tablets. I just can’t take it anymore. … “For me, personally, it’s a personal decision, I’m done with the tablets. I’ll use the paper pictures from here on because I just have given it my best shot. I’ve tried to work through the process. But it just doesn’t work for me, and that’s because there’s no consistency to it.”

Here's Belichick's full answer as to why he hates the tablets. Lasted five minutes and 25 seconds. pic.twitter.com/wcSqebtQRu

I can’t imagine the NFL can force Belichick to use the devices even though the League was paid handsomely ($400 million) to put them on every sideline. The Pats coach could just walk around with the thing off anyway if he were forced to carry one. They would be just as helpful with the power off as when turned on, according to Belichick’s opinion.

Don’t get it twisted. Belichick is not impressed with any of the fancy technology that he has to use on game day. He took a shot at the communications systems between he and the booth upstairs.

Talking back and forth with his QB doesn’t always work either. And coach has had enough.

“Inevitably, something goes wrong at some point. I’d say weekly we have to deal with something.”

Belichick came right out and blamed the League for the issues, saying teams don’t get access to the communication equipment until a few hours before the game. He made sure to note that the Patriots’ IT guy was not to blame.

Patriots haters would argue the NFL can’t really trust Belichick with their equipment due to SpyGate back in the day. But the rules are in place for all 32 teams, not just the Pats.

It’s clear that a man like Belichick hates anything that takes away from his laser focus. The last thing an NFL coach needs is for the battery to die in his headset during a crucial drive in the fourth quarter.

Coaches can get things done with old school methods of course, but to have the technology breakdown in the middle of a contest truly is an issue worth ranting over.

So Belichick has vowed to go back to using plain old photos of gameplay. 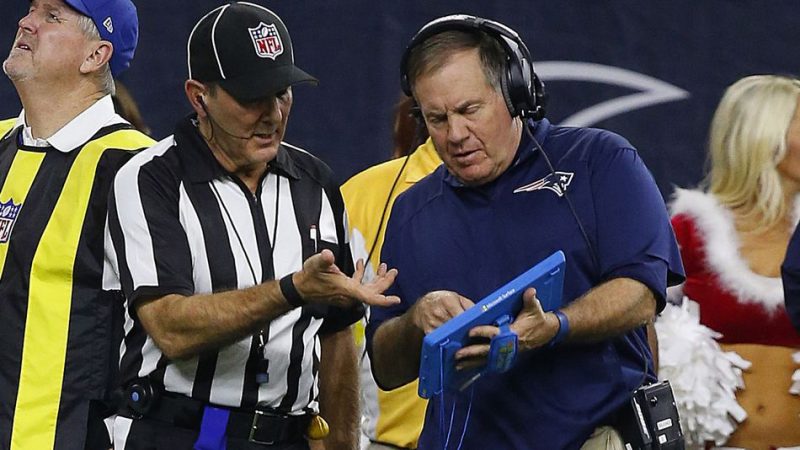 “I’m done with the tablets….there’s just no consistency to it. Long answer to a short question, sorry.”

When was the last time Bill Belichick apologized to anyone? Especially a lowly reporter whom he hates with all his being!

I imagine most reporters in the room failed to even record the rant since they figured it would stop before they could hit the red button on their camera app.

I hope everyone enjoyed the Belichick anti-technology rant. He won’t let one slip like that again until his Hall of Fame induction speech.

The fact that the rant happened at all should tell us a lot about what coaches deal with each week as the NFL tries to digitize the game at every turn.

This tirade should also prompt every company that provides sideline equipment to take a long look at their products and the League employees in charge of setting it all up.