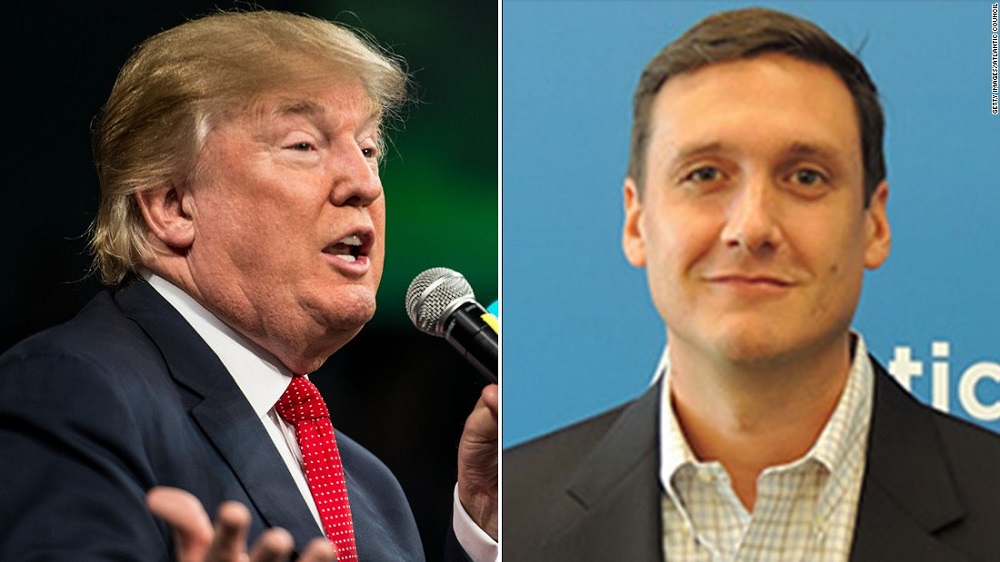 Continuing to bring in long-time DC people, President-elect Donald Trump has added Thomas Bossert as a top counterterrorism adviser. Bosser is an experienced hand from the George W. Bush era and a White House veteran to his national security circle and a figure from the Trump Organization to make international deals.

The president-elect also appointed one of his main advisers on U.S.-Israel relations as special representative for international negotiations. Jason Greenblatt has worked for the Trump Organization for over two decades and currently serves as its executive vice president and chief legal officer.

In the statement, Trump said Greenblatt “has a history of negotiating substantial, complex transactions on my behalf,” and has the expertise to “bring parties together and build consensus on difficult and sensitive topics.”

Trump recently named his other top adviser on Israel, David Friedman, as his pick for U.S. ambassador to Israel.

Trump’s West Wing is shaping up to have multiple power centers. Chief of Staff Reince Priebus and senior adviser Steve Bannon will work as “equal partners,” according to Trump, and counselor Kellyanne Conway is also expected to have autonomy. Trump’s influential son-in-law, Jared Kushner, will also have a direct line to the president.

Trump has long stoked rivalries among his staff in business and during his presidential campaign. But doing so in the White House could sow confusion and slow decision-making.

In New York Tuesday afternoon, police hastily cleared the lobby of Trump Tower to investigate an unattended backpack, only to find that it contained children’s toys. Video taken by a bystander and posted on Twitter showed people running through the lobby for the exits.

The bomb squad checked out the package and gave an “all clear” just after 5 p.m.

Trump lives in the tower and has his offices there, although he is spending the holidays at his Florida resort, where he’s held a steady stream of meetings with senior staffers, advisers and business executives. A number of key posts in his government remain; his transition team says he will fill those positions in the coming days.

Meanwhile, Trump’s plan to dissolve his charitable foundation before he takes office to eliminate any conflicts of interest appears to be harder than he thought.

The New York attorney general’s office said Tuesday that Trump cannot move ahead with his decision to dismantle his charitable foundation because state prosecutors are probing whether the president-elect personally benefited from its spending.

“The Trump Foundation is still under investigation by this office and cannot legally dissolve until that investigation is complete,” said Amy Spitalnick, spokeswoman for state Attorney General Eric Schneiderman. 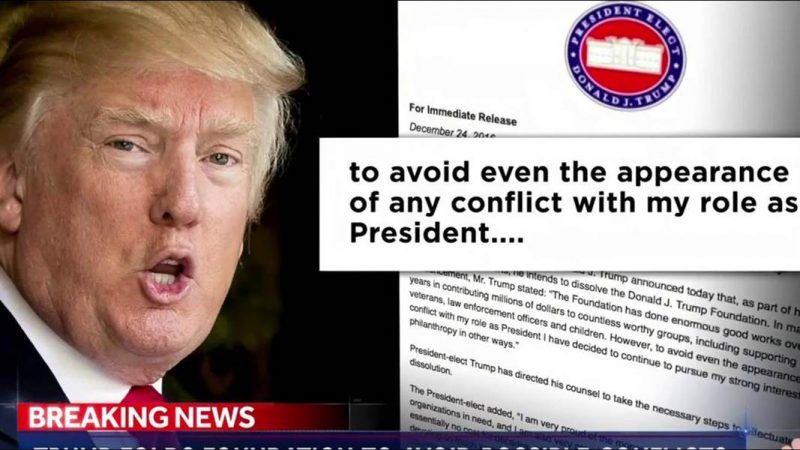 The statement came after Trump announced that he wanted to dissolve the Donald J. Trump Foundation, part of what his presidential transition team says is an effort to erase any potential conflicts of interest before he takes office Jan. 20.

But the foundation’s inner workings have been the subject of Schneiderman’s investigation for months and could remain a thorny issue for Trump’s incoming administration. Democrats nationally have said they are ready to raise any legal or ethical issues from Trump’s global business empire during his presidency.

Trump’s charity has admitted that it violated IRS regulations barring it from using its money or assets to benefit Trump, his family, his companies or substantial contributors to the foundation.

The admissions by the Donald J. Trump Foundation were in a 2015 tax filing made public after a presidential election in which it was revealed that Trump has used the charity to settle lawsuits, make a $25,000 political contribution and purchase items like a painting of himself that was displayed at one of his properties.

In the tax filing, posted on the nonprofit monitoring website GuideStar on Nov. 18, the foundation acknowledged it used money or assets in violation of the regulations not only during 2015 but in prior years. But the tax filing doesn’t provide details on the violations.

The DJT Foundation, unlike most foundations, never paid fees, rent, salaries or any expenses. 100% of money goes to wonderful charities!

I gave millions of dollars to DJT Foundation, raised or recieved millions more, ALL of which is given to charity, and media won't report!

Trump asserted on Twitter late Monday that his foundation was run efficiently.

“The DJT Foundation, unlike most foundations, never paid fees, rent, salaries or any expenses,” the president-elect tweeted. “100% of the money goes to wonderful charities.”