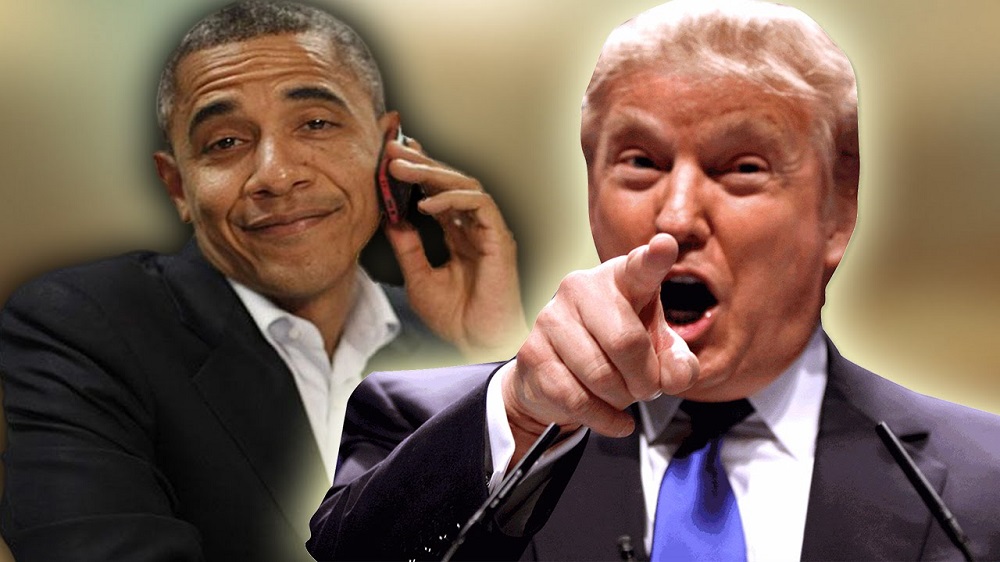 While some staunch Republican supporters of Donald Trump are standing by his Trump Tower wiretapping claim, all the intel documents are offering absolutely no evidence that former President Barack Obama ordered surveillance.

This claim made at what seems a spur of the moment Twitter tantrum has been kept alive by both the White House and Trump who refuses to admit fault. It’s been taken to the extreme, even causing an international incident, when press secretary Sean Spicer mentioned that Obama could have used British intelligence to do the surveillance on Trump. That agency was quick to respond that the claim was ‘utterly ridiculous.’

Then Donald Trump tried to be flippant about it when standing next to German Chancellor Angela Merkel taking the situation to a true level of absurdity. Merkel is someone who grew up in a country where being eavesdropped on was expected, so having someone make light of a situation that dire was just another low on his credibility.

Anyone who’s known Trump for more than a year will know that he will never apologize or admit being wrong as for him, it’s a sign of weakness. In the freewheeling world of New York real estate, one can get away with that behavior, but when you’re on the world stage as the leader of America, it doesn’t cut it. Nor should it. 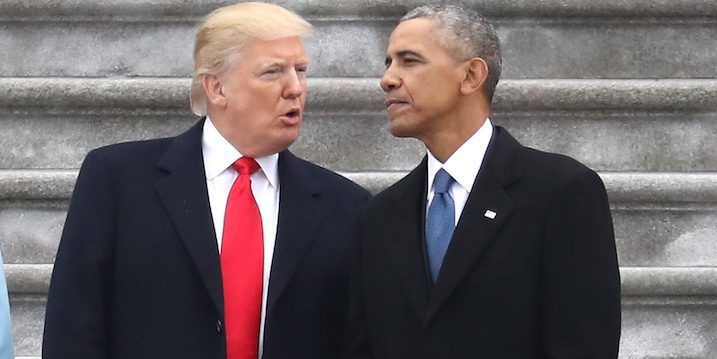 The top two lawmakers on the House intelligence committee said Sunday that documents the Justice Department and FBI delivered late last week offered no evidence that the Obama administration had wiretapped Trump Tower, but the panel’s ranking Democrat says the material offers circumstantial evidence that American citizens colluded with Russians in Moscow’s efforts to interfere in the presidential election.

“There was circumstantial evidence of collusion; there is direct evidence, I think, of deception,” Rep. Adam Schiff, D-Calif., said. “There’s certainly enough for us to conduct an investigation.”

The House intelligence committee is to begin hearings Monday into Russia’s role in cybersecurity breaches at the Democratic National Committee, as well as President Donald Trump’s unsubstantiated claim that his predecessor had authorized a wiretap of Trump Tower. FBI Director James Comey and Mike Rogers, the director of the National Security Agency, are slated to testify.

Intelligence officials have said that Russia was behind the theft of Democratic National Committee emails last summer. The U.S. government later concluded that the Russian government directed the DNC hack in an attempt to influence the outcome of November’s presidential election.

“For the first time the American people, and all the political parties now, are paying attention to the threat that Russia poses,” committee Chairman Devin Nunes, R-Calif., said. “We know that the Russians were trying to get involved in our campaign, like they have for many decades. They’re also trying to get involved in campaigns around the globe and over in Europe.”

“We need to get to the bottom of that,” Nunes said.

Nunes and Schiff were among a number of lawmakers who said on Sunday’s news shows they had seen no evidence that the Obama administration ordered wiretaps on Trump during the campaign.

“Was there a physical wiretap of Trump Tower? No there never was,” Nunes said. “The information we received Friday continues to lead us in that direction.”

Nunes added: “There was no FISA warrant I am aware of to tap Trump Tower.” FISA stands for the Foreign Intelligence Surveillance Act, which requires investigators to seek a warrant from a secret court to wiretap a foreign suspect.

Republican Sens. Tom Cotton of Arkansas and Susan Collins of Maine also said Sunday they had seen no evidence that the Obama administration had placed Trump under surveillance at Trump Tower, the Manhattan high-rise that houses Trump’s residence, business office and campaign office. Collins encouraged Trump to turn whatever evidence he has of the surveillance over to the congressional intelligence panels looking into the matter.

“What the president said was just patently false,” Schiff said of the Trump Tower allegations, “and the wrecking ball it created has now banged into our British allies and our German allies and continuing to grow in terms of damage. And he needs to put an end to this.”

Nunes spoke on “Fox News Sunday;” Schiff and Collins appeared on NBC’s “Meet the Press;” Cotton was on CNN’s “State of the Union.”