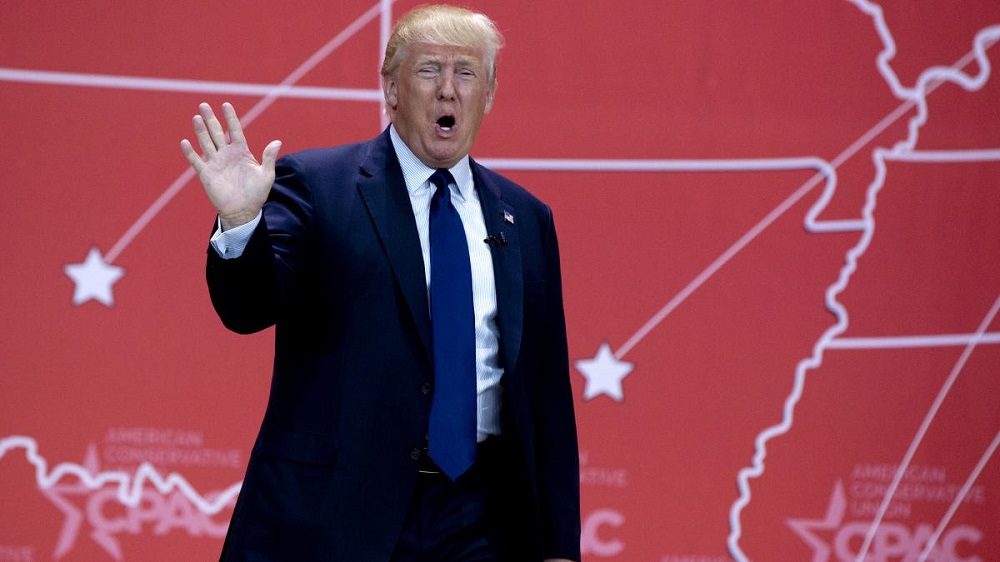 UPDATE: The White House has suddenly blocked the major news outlets that are pursuing Russia connection stories to President Donald Trump. All the ones he has named repeatedly at rallies or on Twitter were included.

CNN, BBC, The New York Times, LA Times, New York Daily News, BuzzFeed, The Hill, and the Daily Mail, were among the news outlets barred from the gathering.

“Nothing like this has ever happened at the White House in our long history of covering multiple administrations of different parties,” Dean Baquet, executive editor of The New York Times, said in a statement.

“We strongly protest the exclusion of The New York Times and the other news organizations. Free media access to a transparent government is obviously of crucial national interest.”

Several media outlets including the Associated Press and Time magazine declined to attend the briefing to boycott the President’s decision.

A Wall Street Journal reporter attended the meeting without being aware of the circumstances. The publication later promised to boycott similar press briefings.

CNN was blocked from WH @PressSec's media gaggle today. This is our response: pic.twitter.com/8SfY2uYKEI

One thing you can say about President Donald Trump; he’s far from subtle. When you live in a house like the White House that’s leaking faster than a Kardashian thought process, it’s obvious why he would like to make it so reporters could no longer use anonymous sources. His office and administration appear to be full of them.

He said this Friday at CPAC, once again reveling in a big ego hug. Interestingly, his speech was all about big Government which doesn’t seem like such a conservative trait, but the audience ate it up. His highlights included:

Trump already went after the FBI again on Twitter, proving that he cannot learn that attacking the systems you need to rely on doesn’t help you. Especially when they’re investigating your Russia problems.

The FBI is totally unable to stop the national security "leakers" that have permeated our government for a long time. They can't even……

find the leakers within the FBI itself. Classified information is being given to media that could have a devastating effect on U.S. FIND NOW

Donald Trump used his first presidential appearance before the nation’s largest gathering of conservative activists on Friday to sharply escalate his criticism of the news media and take direct aim at the use of anonymous sources. Reporters “shouldn’t be allowed to use sources unless they use somebody’s name,” he declared, just hours after members of his own staff held a press briefing and refused to allow their names to be used.

“A source says that Donald Trump is a horrible, horrible human being, let them say it to my face,” Trump told the Conservative Political Action Committee. “Let there be no more sources.”

Trump said he wasn’t against all the press, just “the fake news media or press.”

“I’m against the people that make up stories and make up sources,” he said. “They shouldn’t be allowed to use sources unless they use somebody’s name.”

The president has chafed at a number of anonymously sourced stories, including numerous reports describing contacts between his campaign officials and the Russians, which the White House has sharply disputed.

It was a triumphal return to CPAC for Trump, who was warmly welcomed by a crowd that loves pushback against the mainstream media.

After his broadside on the press, Trump turned to a recitation of his agenda, promising bold action on health care, trade, energy policy and more.

“One by one, we’re checking off the promises we made to the American people,” he said, telling the group “I will not disappoint you.”

Trump told the conservatives the health care law he inherited from President Barack Obama threatens to bring about “total catastrophe,” reiterating his promise to repeal and replace it.

While conservatives aren’t always in sync with Trump’s views, they’re happy to have a scrapper in the White House who’s often on their side.

“How good it feels to have somebody lead our country who knows how to fight,” American Conservative Union chairman Matt Schlapp told the crowd in introducing Trump.

Trump recalled his past visits at CPAC with nostalgia, saying he’d first appeared with no notes and little preparation and gotten a strong reception that helped to put him on the path to the presidency.

“I loved the commotion. Polls went through the roof, and I wasn’t even running, but it gave me an idea,” he said.

Six years ago Trump stepped to the CPAC stage as the “money, money, money, money” chorus of his reality TV show theme song blared. The crowd was less than adoring, occasionally laughing and booing the former Democrat.

Although Trump returned in ensuing years, he was notably absent last year. ACU chairman Schlapp said the presidential candidates were asked to participate in a question-and-answer session, but Trump had wanted to make a speech.

He did show up in 2015, however, a few months before he announced his candidacy.

“I am really inclined. I want to do it so badly,” Trump said about the likelihood he’d run.

Schlapp said Trump will be the first president to address the group during his first year in office since Ronald Reagan in 1981. He called that a “huge sign of respect.”

In his first appearance, Trump tried to burnish his conservative credentials with assertions that he is pro-life and anti-gun control while heaping praise on himself and his business acumen.

And he appeared to test-drive the “make America great again” phrase that would become his 2016 presidential campaign slogan. “Our country will be great again,” he said. He trademarked that phrase in 2012, just after Mitt Romney lost to Obama.

He told the skeptical crowd: “I have a reputation for telling it like it is. I’m known for my candor.”

An angry audience member shouted: “You have zero chance of getting elected.”