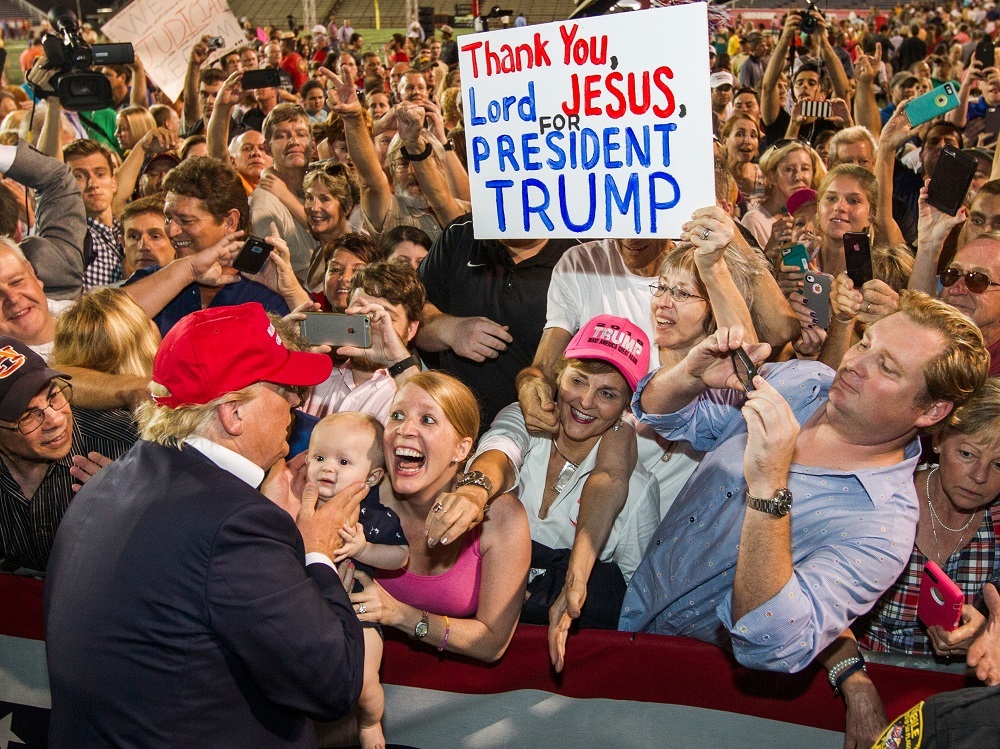 Donald Trump has quite the rabid following, but whenever any violence breaks out or robocall slurs happen, his campaign immediately states they had nothing to do with it.

Now, his supporters are claiming that if he doesn’t defeat Hillary Clinton in the 2016 Presidential election, they spend their days sitting in front of the White House “in arms.” As they’ve been very vocal about this, it would be hard for Trump and his campaign people to state they know nothing about this, and if he’s going to be responsible, he would quickly try to keep this from happening.

It seems he’s got all of his people believing that if you win, the system’s not rigged, but if you lose, the system’s surely rigged. What a great leader for our future leaders to look up to. 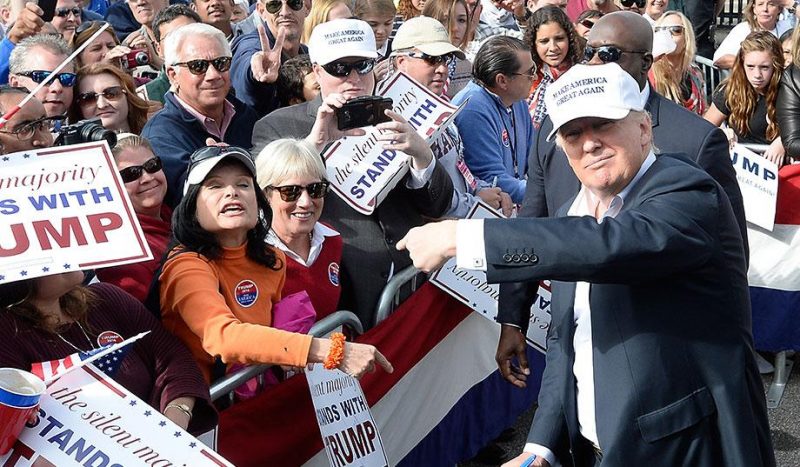 “We’re going to win. And if we don’t win and Hillary wins, I think we’re going to take over the government,” said Nancy Fraize, 51, who works as a cleaning lady in Manchester, New Hampshire. “I think personally we’ll all be at the White House sitting on the front lawn. In arms.”

Her view of the possible outcome and aftermath are hardly rare. Poll numbers show an uncertain race and renewed scrutiny of Hillary Clinton’s emails just before Election Day, and a survey last month showed only one-third of Republicans saying they have confidence the votes will be counted fairly.

The blend of confidence in Trump and distrust of those in power was reflected again and again in more than two dozen interviews with his supporters across battleground states where the presidential race is being fought.

Trump backers are nearly uniformly confident about their candidate’s prospects, despite the controversies that have surrounded his campaign all year and opinion polls that show him trailing Clinton in potentially decisive states. Many of those interviewed agree with the Republican nominee’s incendiary assertion that the election could be “rigged,” an unprecedented challenge to the nation’s democratic tradition.

The New York businessman speaks of his supporters as “a movement,” one drawn by his celebrity, his fiery populist rhetoric and his denunciations of Democrat Clinton as the embodiment of an establishment Washington that many Americans feel has forgotten about them.

“It’s about time we had someone with the balls to get things done,” said Lugene Martin, 51, of Eau Claire, Wisconsin. “I’m so tired of this country being led by same-old, same-old politicians. We need one who won’t follow the rules.”

From early in his candidacy, Trump has drawn super-fans, those who have attended several rallies and watched the internet live streams of many more.

Paula Pierce, 63, who attended a Trump rally in New Hampshire last week, said the election “feels very different this time,” as if the country has reached a historic turning point. Trump, she said, “has ignited a movement, a fire.”

Most Trump supporters interviewed said they are convinced he has the momentum, especially after FBI Director James Comey’s announcement of a review of more emails that may be connected to Clinton’s private server. And many Trump backers are deeply skeptical of public opinion polling.

Cindy Spritzer, 51, said at a rally Wednesday in Miami that mainstream polling is missing Trump voters who make up a “silent majority.”

For these Trump supporters, Clinton’s advantage in polls seems incompatible with what they see and hear. Many say they’ve never even met a Clinton supporter. And they see thousands of people at Trump’s raucous rallies.

The candidate himself tells them repeatedly the only way he can lose is if the election is rigged. In Michigan recently, he urged supporters to vote and then go to a different polling place with friends and make sure “it’s on the up and up.” He said voter fraud is “a big, big problem in this country.”

There is no evidence that voter fraud is a widespread problem in the United States. A study by a Loyola Law School professor found that out of 1 billion votes cast in all American elections between 2000 and 2014, there were only 31 known cases of impersonation fraud.

Yet only about one-third of Republicans say they have a great deal or quite a bit of confidence that votes on Election Day will be counted fairly, according to a poll from the NORC Center for Public Affairs Research released last month.

Still, not all Trump supporters say they doubt the system or want a prolonged legal challenge that could plunge a nervous nation into uncertainty.

“If he lost fair and square, we’d have to accept it. We all would,” said Andrew Armitage, 18, a first-time voter from River Falls, Wisconsin. “It’s what I learned in school. That’s the American tradition, and that’s the way it should be.”