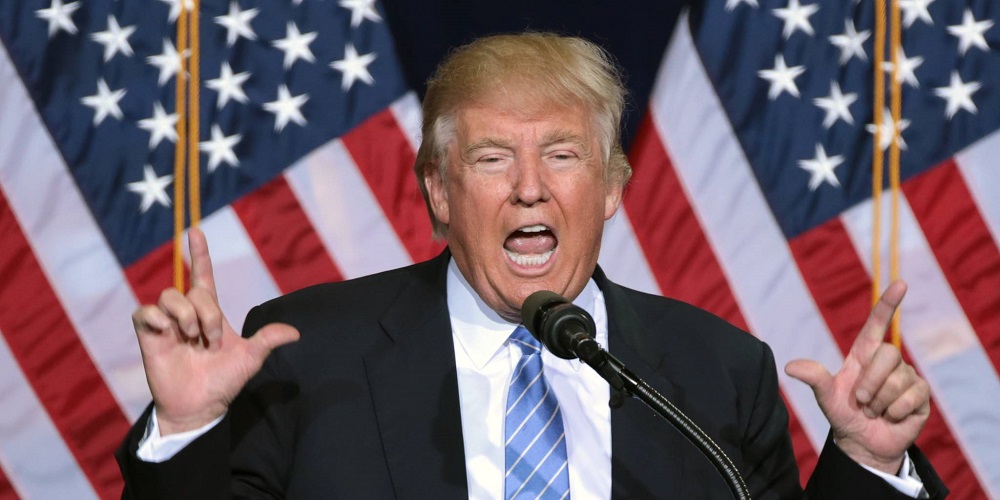 Over the weekend, we were able to see the wrath of President Donald Trump come out on Twitter, and it remained on Monday even though his comforter Jared Kushner was back there to keep him calm. Our 45th president is using fear tactics to rally his troops, but many eyes will be watching that streaming video from the 9th U.S. Circuit Court of Appeals in San Francisco to see what the outcome is.

Trump is quickly learning that America really is a checks and balances system, and his Executive Order tactics are proving to cause him much frustration and loss of control. He was quick to point fingers at Barack Obama for using Executive Orders, but he was very quick to do the exact same thing.

On Tuesday, the Justice Department will go up against opponents over the fate of the executive order on immigration which has been Donald Trump’s most controversial act (and there have been many already) since being inaugurated on Jan. 20.

The threat from radical Islamic terrorism is very real, just look at what is happening in Europe and the Middle-East. Courts must act fast!

The 9th U.S. Circuit Court of Appeals in San Francisco will hear arguments over whether to restore the measure, which was suspended by a district judge in Washington state. The court, which has already rejected one government request to reinstate the order, scheduled oral arguments by telephone before a three-judge panel for 6 p.m. ET Tuesday.

Trump’s order barred travelers carrying visas from Sudan, Libya, Somalia, Syria, Iran, Iraq and Yemen from entering the United States for 90 days out of terrorism concerns. In addition, refugees were barred for 120 days, and all Syrian refugees were barred indefinitely. 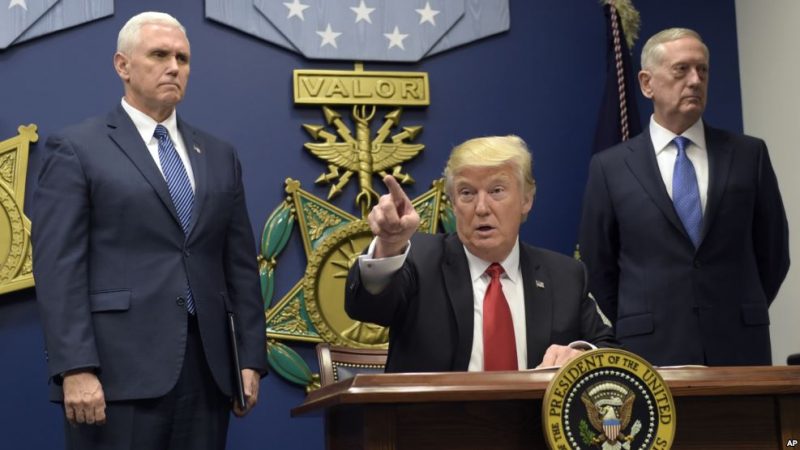 The fierce battle over President Donald Trump’s travel and refugee ban edged up the judicial escalator Monday, headed for a possible final face-off at the Supreme Court. Travelers, temporarily unbound, tearfully reunited with loved ones at U.S. airports.

The Justice Department filed a new defense of Trump’s ban on travelers from seven predominantly Muslim nations as a federal appeals court weighs whether to restore the administration’s executive order. The lawyers said the travel ban was a “lawful exercise” of the president’s authority to protect national security and said a judge’s order that put the policy on hold should be overruled.

The filing with the San Francisco-based 9th U.S. Circuit Court of Appeals was the latest salvo in a high-stakes legal fight surrounding Trump’s order, which was halted Friday by a federal judge in Washington state.

A randomly selected panel of appellate judges is to hear arguments Tuesday.

The appeals court earlier refused to immediately reinstate the ban, and lawyers for Washington and Minnesota – two states challenging it – argued anew Monday that any resumption would “unleash chaos again,” separating families and stranding university students.

The Justice Department responded that the president has clear authority to “suspend the entry of any class of aliens” to the U.S. in the name of national security. It said the travel ban, which temporarily suspends the country’s refugee program and immigration from seven countries with terrorism concerns, was intended “to permit an orderly review and revision of screening procedures to ensure that adequate standards are in place to protect against terrorist attacks.”

The challengers of the ban, the Justice Department wrote, were asking “courts to take the extraordinary step of second-guessing a formal national security judgment made by the president himself pursuant to broad grants of statutory authority.”

Whatever the appeals court decides, either side could ask the Supreme Court to intervene.

It could prove difficult, though, to find the necessary five votes at the high court to undo a lower court order; the Supreme Court has been at less than full strength since Justice Antonin Scalia’s death a year ago. The last immigration case that reached the justices ended in a 4-4 tie.

The president’s executive order has faced legal uncertainty ever since Friday’s ruling by U.S. District Judge James Robart, which challenged both Trump’s authority and his ability to fulfill a campaign promise.

The State Department quickly said people from the seven countries – Iran, Iraq, Libya, Somalia, Sudan, Syria and Yemen – with valid visas could travel to the U.S. The Homeland Security Department said it was no longer directing airlines to prevent affected visa holders from boarding U.S.-bound planes.

On Monday in Colorado, a graduate student who had traveled to Libya with her 1-year-old son to visit her sick mother and attend her father’s funeral was back in Fort Collins after having been stopped in Jordan on her return trip. She was welcomed with flowers and balloons by her husband and other children.

Two Yemeni brothers whose family has sued over the travel ban, and who’d been turned away in the chaotic opening days of the order, arrived at Dulles International Airport in Virginia, where they were greeted by their father.

“America is for everybody,” Aqel Aziz said after greeting his sons.

Syrian immigrant Mathyo Asali said he thought his life was “ruined” when he landed at Philadelphia International Airport on Jan. 28 only to be denied entry to the United States. Asali, who returned to Damascus, said he figured he’d be inducted into the Syrian military. He was back on U.S. soil Monday.

“It’s really nice to know that there’s a lot of people supporting us,” Asali told Gov. Tom Wolf, who greeted the family at a relative’s house in Allentown.

The legal fight involves two divergent views of the role of the executive branch and the court system.

The government has asserted that the president alone has the power to decide who can enter or stay in the United States, while Robart has said a judge’s job is to ensure that an action taken by the government “comports with our country’s laws.”

Just cannot believe a judge would put our country in such peril. If something happens blame him and court system. People pouring in. Bad!

His Friday ruling triggered a Twitter rant by Trump, who dismissed Robart as a “so-called judge.” On Sunday, Trump tweeted, “Just cannot believe a judge would put our country in such peril. If something happens blame him and court system. People pouring in. Bad!”

Trump was back on Twitter Monday night, tweeting: “The threat from radical Islamic terrorism is very real, just look at what is happening in Europe and the Middle-East. Courts must act fast!”

States challenging the ban have been joined by technology companies, who have said it makes it more difficult to recruit employees. National security officials under President Barack Obama have also come out against it. A declaration filed by John Kerry and Madeleine Albright, former secretaries of state, and others said the ban would disrupt lives and cripple U.S. counterterrorism partnerships without making the nation safer.

“It will aid ISIL’s propaganda effort and serve its recruitment message by feeding into the narrative that the United States is at war with Islam,” they wrote.

How and when a case might get to the Supreme Court is unclear. The travel ban itself is to expire in 90 days, meaning it could run its course before a higher court takes up the issue. Or the administration could change it in any number of ways that would keep the issue alive.

The bench also could be full, with a new ninth justice on board, by the time the court is ready to hear arguments. If Judge Neil Gorsuch is confirmed this spring as Senate Republicans hope, chances of a tie vote would disappear.