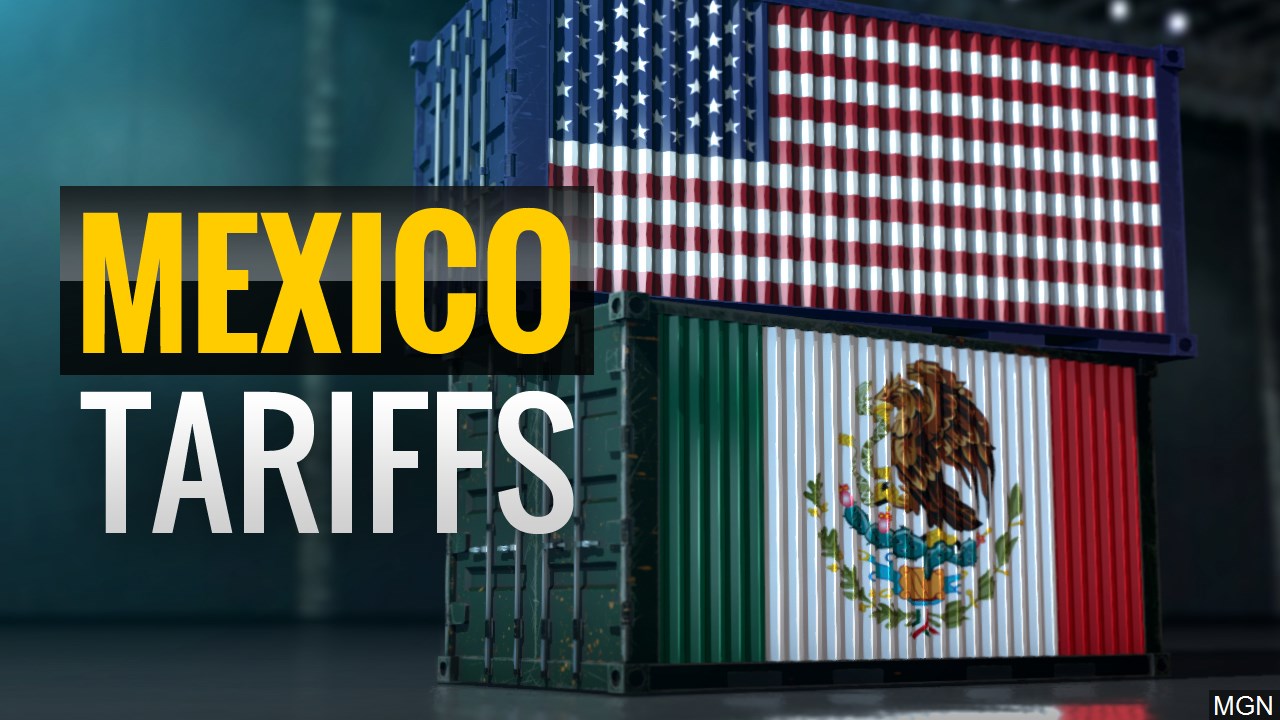 Washington and the White House are scrambling to find a solution to Donald Trump‘s tariff threat with Mexico, but most DC insiders are predicting coming hardship and recession for America.

U.S. and Mexican officials labored for a second day Thursday to avert import tariffs that President Donald Trump is threatening to impose as he tries to strong-arm Mexico into stemming the flood of Central American migrants at America’s southern border.

Both sides claimed headway in a lengthy meeting Wednesday, but Trump said a “lot of progress” must still be made to halt the 5% tax on all Mexican goods that he has threatened to impose Monday as part of an escalating tariff regime opposed by many in his own Republican Party.

Trump, who is currently traveling in Europe, tweeted from Ireland that the Washington talks would continue “with the understanding that, if no agreement is reached, Tariffs at the 5% level will begin on Monday, with monthly increases as per schedule.”

Mexican Foreign Secretary Marcelo Ebrard was at the State Department Thursday morning, and additional talks were expected in the afternoon at the White House, though it remained unclear what kind of deal could be struck with Trump out of the country. U.S. officials were preparing for the tariffs to kick in barring major Mexican action.

“We’ll see what happens,” Trump told reporters in Ireland before leaving for France to attend a D-Day ceremony. “But something pretty dramatic could happen. We’ve told Mexico the tariffs go on. And I mean it, too. And I’m very happy with it.”

Back in Washington, White House spokeswoman Mercedes Schlapp said in an interview that conversations were continuing but “it looks like we’re moving toward this path of tariffs because what we’ve seen so far is that the Mexicans, what they’re proposing, is simply not enough.”

Vice President Mike Pence, who led the discussions Wednesday with Secretary of State Mike Pompeo and other U.S. officials, echoed Trump: “We made clear to them that President Trump is going to continue to stand firm until we bring this crisis of illegal immigration on our southern border to an end.”

During Wednesday’s talks, the gulf between the countries was clear as Mexico offered small, thus far undisclosed concessions and the U.S. demanded major action. A senior administration official said the U.S. once again pressed Mexico to enter into a “safe third country agreement” that would make it difficult for those who enter Mexico from other countries to claim asylum in the U.S. Mexico has long resisted that request.

The person spoke on condition of anonymity to describe the closed-door meeting.

Trump officials have also said Mexico can prevent the tariffs by securing its southern border with Guatemala and cracking down on criminal smuggling organizations. But the U.S. has not proposed any concrete metrics to assess whether Mexico is complying, and it is unclear whether even those steps would be enough to satisfy Trump on illegal immigration, a signature issue of his presidency and one that he sees as crucial to his 2020 re-election campaign.

Ebrard, however, described the talks as “cordial” and told reporters at the Mexican Embassy that both sides had acknowledged “the current situation cannot keep going” because of the surge in migrant flows.

Beyond Trump and several White House advisers, few in the administration believe imposing tariffs is a good idea, according to officials familiar with internal deliberations. Those people worry about the negative economic consequences for Americans and believe the tariffs — which would likely spark retaliatory taxes on U.S. exports — would also hurt the administration politically, according to these officials who were not authorized to discuss the matter publicly and spoke on condition of anonymity.

The tariffs carry enormous economic implications for both countries, and politically they underscore a major ideological split between Trump and his party. Trump has increasingly relied on tariffs as a bludgeon to try to force other nations to bend to his will, dismissing warnings, including from fellow Republicans, about the likely impacts on American manufacturers and consumers.

Republicans in Congress have been threatening their own confrontation with Trump, warning the White House that they are ready to stand up to the president to try to block his tariffs, which they worry would spike costs to U.S. consumers, harm the economy and imperil a major pending U.S.-Mexico-Canada trade deal.

The Republican president slammed his critics, accusing Democrats of not wanting to fix U.S. immigration laws. And he went after those who have criticized the tariff threat. A “lot of people, senators included — they have no idea what they’re talking about when it comes to tariffs,” Trump said. “They have no — absolutely no idea.”

Trump himself routinely mischaracterizes who pays for tariffs, wrongly insisting it is the countries he levies them on rather than U.S. importers and often American consumers who face higher prices when costs are passed along.

Without a deal, the first tariffs — 5% taxes on imports from Mexico, eventually increasing to 25% — are to go into effect next Monday. Trump has been seething for months about the spike in migrant crossings and has proposed increasingly drastic action, including completely sealing the U.S.-Mexico border.

Most of the migrants trying to enter the U.S. are from Guatemala, Honduras and El Salvador, countries wracked by gangs, violence and poverty.

The stakes are clear: The 25-year-old North American Free Trade Agreement made trade with Mexico largely duty free. As a result, manufacturers have built up complicated supply chains that straddle the border. Americans bought $378 billion worth of Mexican imports last year, led by auto parts and cars. Mexico is America’s No. 2 export market behind Canada.

The back-and-forth could also imperil the NAFTA revamp, which Trump pressured Mexico and Canada to agree to last year. The U.S.-Mexico-Canada Agreement has been signed by all three countries but must be approved by their legislatures.