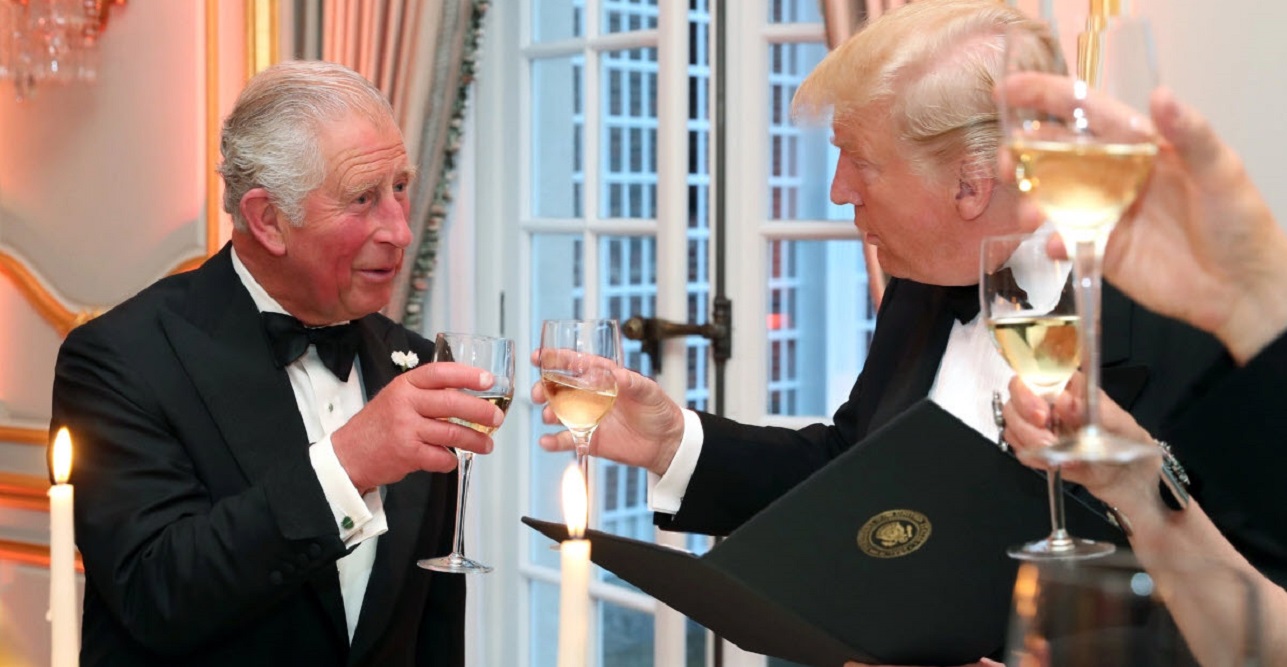 Donald Trump may still think that climate change was a hoax created by China, but he does firmly believe that the US has the cleanest air in all the world. He also claimed that he foresaw Brexit on his Scotland golf course, but some are left wondering if that was his only way to plug that business.

In remarks Wednesday with Ireland’s Prime Minister Leo Varadkar, he insisted the U.S. has the “cleanest air in the world” and is “setting records environmentally.” That’s not the case. The Obama administration set the records for clean air in 2016, and air quality under Trump has worsened since then.

A look at Trump’s claims during his trip to Europe, also the protests in London and his predictions about Brexit:

THE FACTS: The U.S. does not have the cleanest air, and it hasn’t gotten better under the Trump administration.

U.S. drinking water is among the best by one leading measure.

Trump’s own Environmental Protection Agency data show that in 2017, among 35 major U.S. cities, there were 729 cases of “unhealthy days for ozone and fine particle pollution.” That’s up 22 percent from 2014 and the worst year since 2012.

The Obama administration, in fact, set records for the fewest air polluted days in 2016. In 2017, after Trump took office, the number of bad air days per metro area went up 20%.

The State of Global Air 2019 report by the Health Effects Institute rated the U.S. as having the eighth cleanest air for particle pollution — which kills 85,000 Americans each year — behind Canada, Scandinavian countries and others.

The U.S. ranks poorly on smog pollution, which kills 24,000 Americans per year. On a scale from the cleanest to the dirtiest, the U.S. is at 123 out of 195 countries measured.

On water, Yale University’s global Environmental Performance Index finds 10 countries tied for the cleanest drinking water, the U.S. among them. On environmental quality overall, the U.S. was 27th, behind a variety of European countries, Canada, Japan, Australia and more. Switzerland was No. 1.

Where Donald Trump Went Wrong On US Air Quality

There are a few important details the president may have overlooked in presenting a clean bill of health for the US environment, so here is a handy reminder.

The US is still the world’s second biggest emitter of greenhouse gas emissions, having been overtaken by China more than a decade ago. In per capita terms, however, the US far outstrips China, though it comes below some Middle Eastern states with tiny populations and vast fossil fuel industries. While carbon emissions have been falling, in part because of the switch from coal to gas, Climate Tracker estimates that the US will fail to meet its carbon reduction targets set by Barack Obama, to cut emissions by 26-28 percent below 2005 levels by 2025.

The US is now one of the world’s biggest gas producers, thanks to fracking, and about half of its oil now comes from the production method, which requires the blasting of dense shale rock with water, sand and chemicals to release the tiny bubbles of fossil fuel trapped inside. This boom has come at a cost, as the vast water requirements are draining some areas dry, and pollutants found near fracking sites include heavy metals, chemicals that disrupt hormones, and particulates. The effects range from memory, learning and IQ deficits to behavioral problems. Leaks of “fugitive” methane are an additional contributor to climate change.

Not content with the US’s existing conventional oil reserves, and the expansion of the oil and gas industries through fracking, the US fossil fuel industry is seeking new grounds for exploration—among them, the pristine Alaskan wilderness. Drilling in the Alaskan wildlife reserve is a key Trump policy.

The Trump administration has moved to loosen regulations on fuel efficiency for cars and vans, which were already less stringent than in many other countries. Opponents fear this will increase greenhouse gas emissions and air pollution.

Trump’s decision to withdraw from the Paris climate agreement of 2015 cannot legally take effect until after the next presidential election, in an irony of timing. However, the effect can already be seen, in the emboldening of other nations considering a withdrawal, such as Brazil, formerly a strong proponent of action at the UN talks, and the increasing influence of fossil fuel lobbyists.

With the president claiming climate change to be a “Chinese hoax”, it is perhaps not surprising that the US has some of the highest rates of climate denial in the world, according to polling by YouGov in collaboration with the Guardian. Despite this, a sizeable majority of the US public—nearly six in 10 people—still agree with the science on climate change, and support action to stave off the worst consequences.

Despite Trump’s claim to Morgan that “we want the best water, the cleanest water—it’s crystal clean, has to be crystal clean clear”, his recent actions on water have been an attempt to roll back decades of progress on cleaning up the US water supply. Last December, he announced plans to undo or weaken federal rules that protect millions of acres of wetlands and thousands of miles of streams from pesticide run-off and other pollutants.

By rolling back Obama-era measures intended to reduce greenhouse gas emissions from power plants, the Trump administration is also threatening to increase air pollution, as coal-fired power stations will be able to spew out toxins once more, according to 14 states who last year opposed the Environmental Protection Agency’s plans. This is in contrast with China and India, cited by Trump—along with Russia—as having polluted air. Those nations are trying to clean up their pollution with stricter limits on what power plants and other industries can produce.

TRUMP: “I kept hearing that there would be ‘massive’ rallies against me in the UK, but it was quite the opposite. The big crowds, which the Corrupt Media hates to show, were those that gathered in support of the USA and me.” — tweet Wednesday.

TRUMP: “There were thousands of people (Monday) on the streets cheering. And even coming over today, there were thousands of people cheering and then I heard that there were protests. I said: ‘Where are the protests? I don’t see any protests.’ I did see a small protest today when I came, very small, so a lot of it is fake news, I hate to say. … There was great love. … And I didn’t see the protesters until just a little while ago and it was a very, very small group of people.” — news conference Tuesday with British Prime Minister Theresa May.

THE FACTS: The protests over Trump’s visit were more than just “very, very small.”

Thousands of protesters crowded London’s government district, shouting angry chants as he met May nearby. While police erected barricades to stop protesters from marching past the gates of Downing Street, they could be heard as Trump and May emerged from the prime minister’s official residence for a photo op and before their news conference.

The demonstrators expressed outrage over his lavish welcome and protested him as a danger to the world.

The protests included a giant Trump baby balloon and a robotic likeness of Trump sitting on a golden toilet, cellphone in hand, dubbed “Dump Trump.” The robot made flatulent sounds and recited familiar Trump phrases like “No collusion” and “You are fake news.”

TRUMP, referring to how he stood at his Scottish golf resort, Turnberry, on the eve of the Brexit referendum and predicted the British would vote to leave the European Union: “I really predicted what was going to happen. Some of you remember that prediction. It was a strong prediction, made at a certain location, on a development we were opening the day before it happened.” — news conference Tuesday.

THE FACTS: He didn’t predict Brexit the day before it happened.

As when he has told this story before, Trump is mixing up his predictions and his days. Three months before the vote, he did predict accurately that Britain would vote to leave the EU. The day after the 2016 vote — not the day before — he predicted from his Scottish resort that the EU would collapse because of Britain’s withdrawal. That remains to be seen.