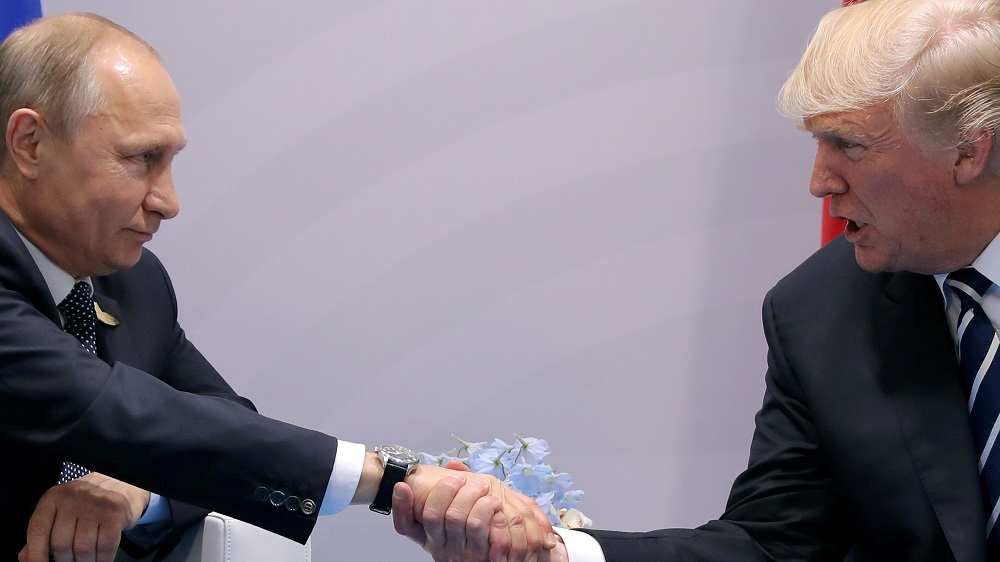 As a business man, Donald Trump was able to turn the tables on his critics by playing the victim, and it looks like he’s going the same route with the Russian probe.

President Donald Trump is trying to turn the Russia investigation into a rallying cry, and it appears to be working for his base.

Far from avoiding talk of the accelerating probe into his campaign’s ties to Moscow, Trump is instead using it to stoke the outrage felt by his most loyal supporters.

The investigation, he argues, is an outgrowth of the bias and resentment media elites and Democrats hold against his white, working-class base. He casts the investigation as a nefarious attempt to undo the results of the election and seize power from the voters who have been marginalized.

The message falls in line with Trump’s long-standing appeal to the voters he has called the “forgotten men and women of our country” who lack a voice in government. Trump portrays himself as the voice of the aggrieved who understands their troubles.

But this heavy reliance on his loyal base, which comprise far short of an electoral majority, carries risks. Long term, it’s unclear how his message will appeal to mainstream Republicans, some of whom are conducting investigations into his Russia ties in Congress and are unlikely to see special counsel Robert Mueller, the by-the-book former FBI director and decorated Vietnam War veteran, as the face of a witch hunt.

The message also obscures the issue his base cares most deeply about: the economy.

For now, Trump appears to be on solid ground on that front. He has presided over a strong economy during his first six months in office. He repeatedly noted this week that the stock market had risen to new heights. He pointed Friday to the latest job report, which showed more than 200,000 new jobs in July and an unemployment rate of 4.3 percent, matching a 16-year low.

But a slip in the nation’s economic fortunes before the 2020 election, especially in states key to Trump’s victory like Michigan, Wisconsin and Pennsylvania, could make it harder for Trump to hold onto his base.

In some respects, Trump is taking a page from his favorite scapegoats: Bill and Hillary Clinton. During the late 1990s, Bill Clinton assailed House Republicans and independent counsel Ken Starr as fierce partisans for pushing investigations into his affair with a White House intern and his role in an Arkansas land deal. Hillary Clinton famously called it a “vast right-wing conspiracy.”

Two decades later, when Republicans pursued a lengthy investigation into her handling of the 2012 attacks in Benghazi, Libya, she said it was a partisan attempt to hurt her 2016 campaign.

This time, Trump has taken the partisan argument to a new degree, parlaying it with his longstanding indictment of the Washington “swamp” of insiders whom he says hurt many Americans.

“He’s not just doing the partisan playbook, but he’s making it about the system in some ways going after him and going after what the voters wanted,” said presidential historian Julian Zelizer, a professor at Princeton University.

Zelizer said the reliance on base politics carries risks for Trump, who has already sustained cracks in his support, embodied by strained relations with Republican leadership, Arizona Republican Sen. Jeff Flake‘s book criticizing Trump’s leadership, and three GOP senators’ unwillingness to go along on repealing the Affordable Care Act.

“That could be a dangerous path. Just the base can’t protect him,” Zelizer said.

Most Americans don’t seem to share Trump’s views on the investigation. Nearly 60 percent of Americans say they don’t think Trump is taking the investigation into Russian interference in the 2016 election seriously enough and roughly the same percentage think he’s tried to derail the probe, according to a Quinnipiac poll published this week.

Still, in West Virginia, the president called the Russia story “a total fabrication” and an excuse promulgated by Democrats for their 2016 defeat.