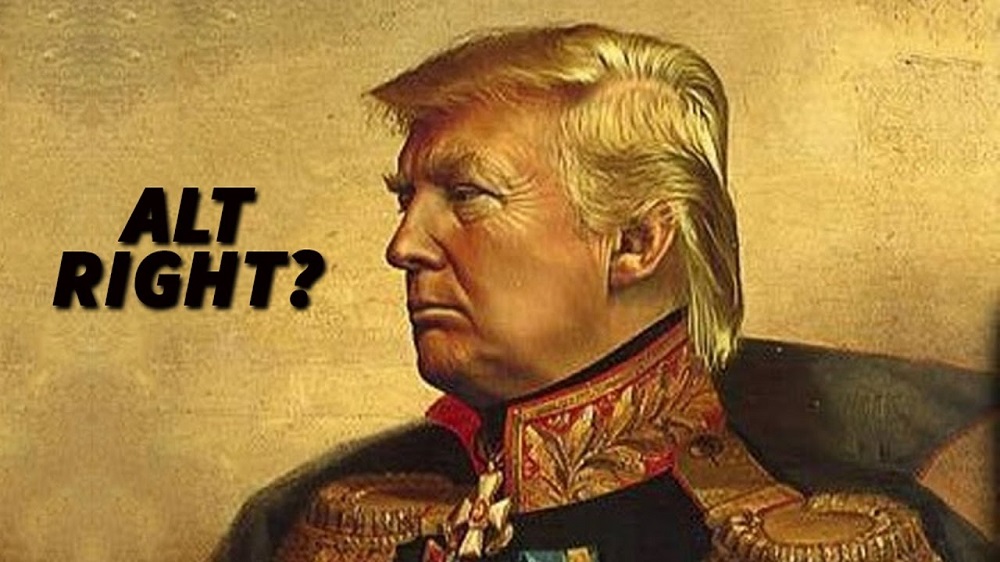 I don’t know about other people, but I am a firm believer in accepting a person for who they show themselves to be. Folks can say whatever they want in an attempt to feel better about who they’d like people to think they are, but nothing out of their mouths speak louder than what they do. That’s why what’s transpiring with white nationalist/ supremacists in this country and how Donald Trump has become their greatest enabler is one of the scariest things that we all need to pay attention to. We have to call their hate spewing, superiority complex what it is – neo-Nazism. It is dangerous; it is debilitating, and it is real.

The term “alt- right” is new to me. Up until recently, I had never heard of the expression. But since Trump won the presidency that fateful Tuesday, I cannot go on social media or news outlets without seeing “alt- right.” USA Today and other sources define it as “a movement that bucks mainstream conservatism” but the people who lead and are apart of this group do more than just disagree with the right. After researching and reading up on the movement, it is simple to understand what it actually is – a rebranding of white nationalism. Only the rebranding is via perfectly crafted sugar coated paragraphs and not a change in core, problematic values. They are still the people who want to make America white.

They say they are about preserving “white identity” when what they truly want is to rule through white supremacy. The frustrating thing about it too is that media outlets are the ones pushing the less threatening, more ambiguous politically correct name “alt-right.” But that’s counterproductive to what journalism is supposed to be- objective and truth telling.  The term seeks to hide the identity of white supremacists by a socially acceptable, somewhat explainable alternative meaning. But when it comes down to it, a racist is a racist is a racist and no kind of spinning nor repackaging is going to change that. The alt-right’s agenda echoes the doctrine of 1930’s Nazi Germany and has morphed into a viable threat to the national security of marginalized Americans. We have to be strategic in how we deal with these people because there is no doubt that something like a government led systematic extinction of a race and groups of people can happen. Don’t think so? Well, did you really think Hillary Clinton would lose the presidential election?

There is a shift in how racists are conducting themselves in public and, yes, we have Trump to thank for that. Here’s what we must take note of when it comes to what’s taking place in America with these white nationalists- they have been empowered. That empowerment has led to a boldness that, if not checked by the groups affected by their sick philosophy and our allies, will cause us to repeat the ugliest parts of world history.

Trump has lit a fire under these peoples’ feet. Some of the ones who hail him are bandwagon jumpers. It’s the new thing to do as a young white person in America. But there is a generation of folks who have been waiting for this time. Now, they are taking their long held deep seeded hate for blacks, Mexicans, gays, lesbians, Muslims, Jews and pretty much anyone who isn’t white and mobilizing. From parades to conferences, to public meetings, their movement is a deliberate out in the open, “I dare you.”

It goes without saying that I don’t feel safe, but I am not only scared for myself. I fear for my loved ones; I fear for my community. With every mention of one of Trump’s possible appointees, a wave of panic and anxiety washes over me. This feeling is real for too many Americans. I do not have the luxury of the benefit of the doubt, and so there is no way in hell I am giving the people who tell me “go back to Africa” any kind of leeway. They are extremists who will go to nothing to see what they believe to be an ideal America. This is not some story in a book about events that happened 150 years ago. This is an urgent situation that has the potential to explode into a civil unrest that we haven’t seen in decades.

All white nationalism needed was a reason to launch a full on war, and Trump is the answer. His “disavowing” means nothing because they got a taste of the white American dream. He continues to bring some of the most prominent leaders of the movement around him, and that’s telling. Growing up, I was told you are the company that you keep, and I know that to be true as an adult as well. I do no trust for one moment that 70-year-old Donald Trump doesn’t hold as radical of views as the white nationalists who now surround him.

No matter what the president-elect says or the message he tries to send, his actions are what communicate his intentions. And I believe every word.