Home All News Movie News ‘Doctor Strange’ first 15 minutes on IMAX 3D is everything you want... 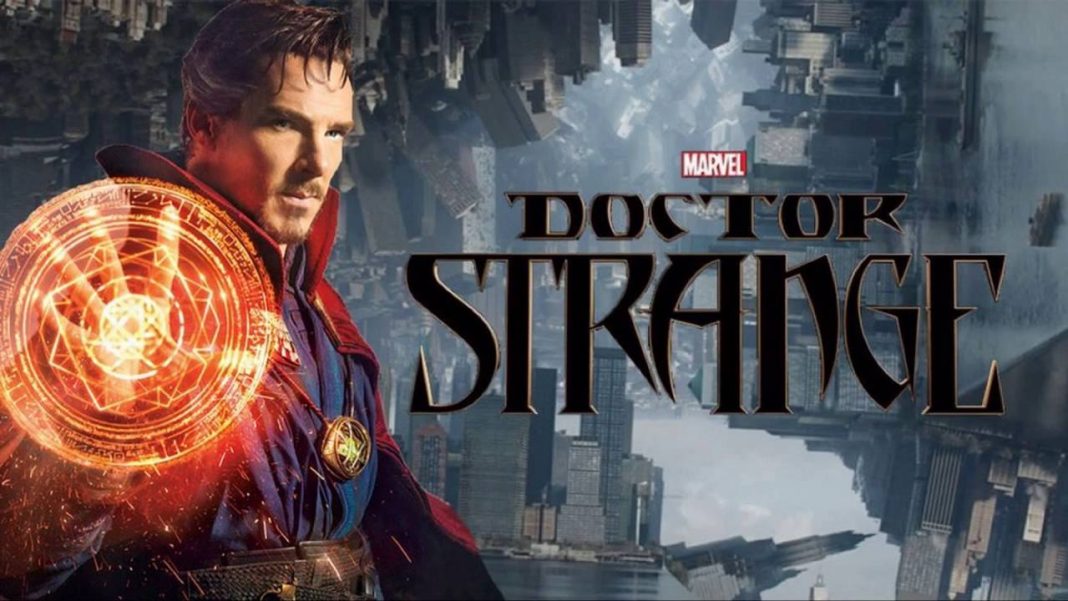 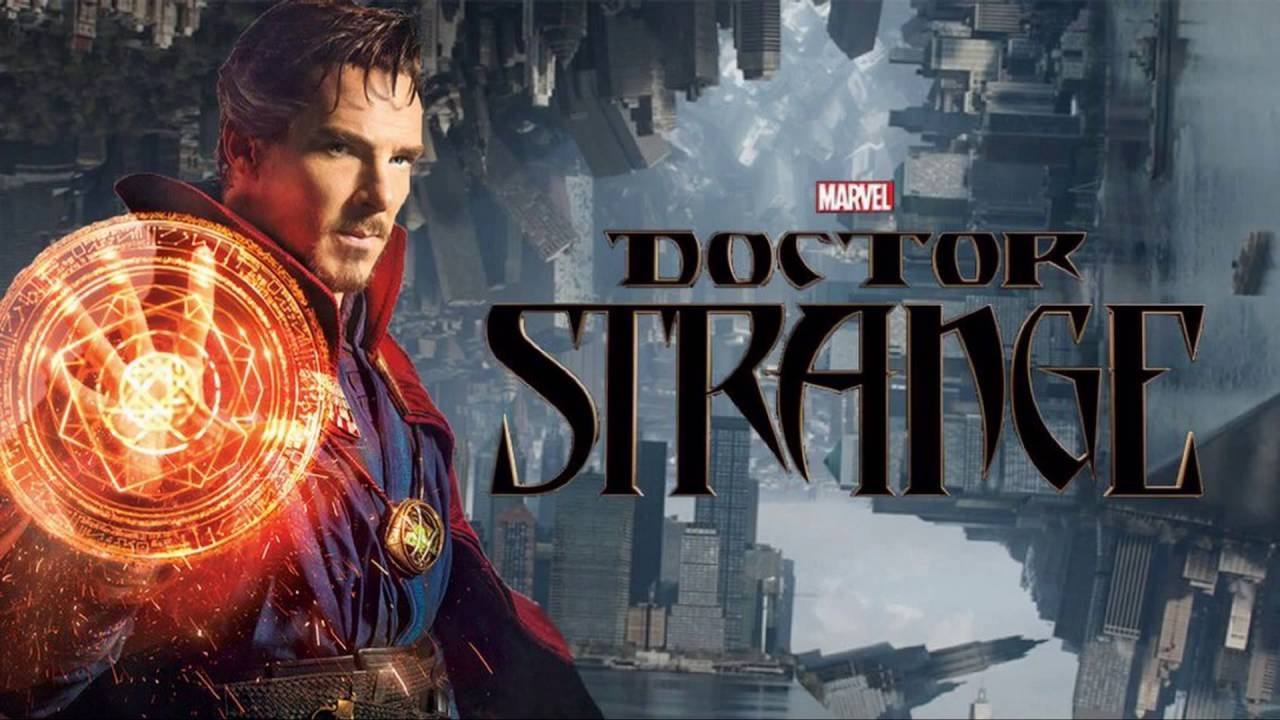 We were lucky enough to check out Doctor Strange on IMAX 3D, or at least the first 15 minutes, but if the rest of the film is close to this, Marvel has another home run with Benedict Cumberbatch on Nov 4. It’ll be a great holiday movie smash, and if it doesn’t get nominated for technical Oscar nominations, then something is very wrong.

The footage was like an extended trailer with what seemed to be a full scene tied with two short scenes, but all I can say is ‘Wow!’ The visuals are stunning and when Strange is introduced to the astral plane is just trippy as hell but in the best way possible. For some reason it feels like Cumberbatch is channeling Dr. House with his American accent, but that’s just a tiny nitpick. This is a film experience that should be seen solely on IMAX 3D.

It was absolutely gorgeous and psychedelic much like the classic Steve Ditko work. 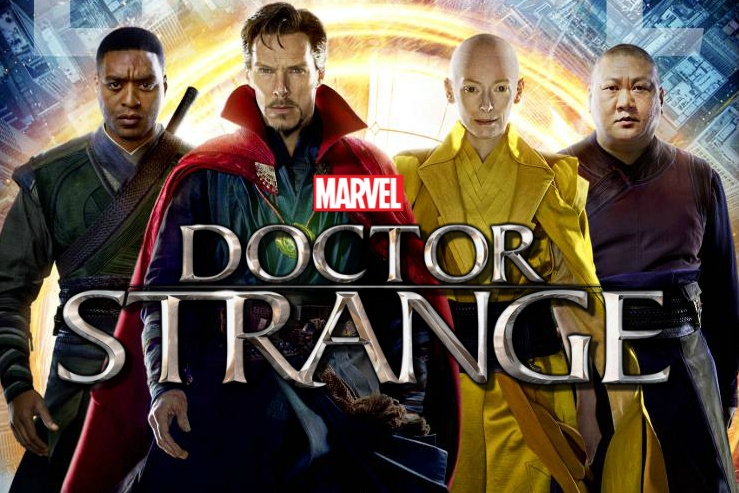 So here’s the play by play of those first 15 minutes of Doctor Strange.

The footage opens with a conversation between Stephen Strange and Christine Palmer (Rachel McAdams). The two have a romantic past, which ended poorly enough for Palmer to name her rule against dating coworkers the “Strange Policy.” Strange scoffs at Palmer’s suggestion that he helps out in the ER, because he’d only be saving one life, instead of conducting research that could save thousands for years to come. Palmer sees through him, and knows what Strange really cares about is “fame and interviews on CNN.”

We then see Strange driving recklessly on his way to a speaking engagement. While driving, Strange is on the phone discussing potential patients he could take next, dismissing each for selfish reasons (including not wanting to operate on a woman because he doesn’t want to ruin his perfect record). One of the patients mentioned appears to be War Machine, offering the first of two major easter eggs in the preview (the other I’ll mention later). While distracted looking at a patient’s X-Rays, Strange crashes, careens off a cliff, and the slow-motion shots from inside the car give the audience their first taste of the incredible visuals of the film.

The Marvel Studios logo then plays, and the sneak peek shows us Strange’s first meeting with The Ancient One (Tilda Swinton). At first, Strange is furious, as he believes he spent his last dollar to see a charlatan, saying that he’s seen the map of chakras before “at a gift shop.” In response, the Ancient One sends Strange on a rapid tour through the multiverse, and here is where the IMAX preview really shows us why it’s worth forking over the extra 6 bucks for an IMAX 3D ticket on November 4th.

Imagine if the Quantum Realm scene from Ant-Man took LSD, then multiply that by about five. That might give you some idea of what to expect from the visuals in Doctor Strange‘s dimension-hopping scenes. Words fail to capture exactly what we saw, but there are many different worlds shown. Some colorful, some dark and shadowy. Strange’s body makes multiple copies of itself, then they all shatter into dust before recombining into a closeup of his eye. Strange is gripped and devoured by endless hands, then his own hands grow hands, which in turn grow new hands. There are a lot of hands. When Strange finally returns to the physical world, he begs The Ancient One to teach him, and she agrees.

The preview then shows several clips that we’ve already seen in trailers, including Wong’s speech about the Avengers safeguarding the world against physical threats, while they guard it against more mystical ones. Speaking of Wong, we also get to see his first meeting with Strange in the temple library, which he safeguards. He introduces himself as Wong, which prompts Strange to list other mononymous individuals like Adele, Aristotle, Drake, and Eminem. “You know,” Strange says to Wong’s lack of amusement, “people used to think I was funny.” “Did they work for you?” asks Wong. This is just one of several funny exchanges between Strange (who behaves very much like a pre-Iron Man Tony Stark) and the other characters of the film, indicating the the tone of this movie will be nowhere near as light and funny as Ant-Man or Guardians of the Galaxy, but also not as dour and serious as Nolan’s Batman trilogy. 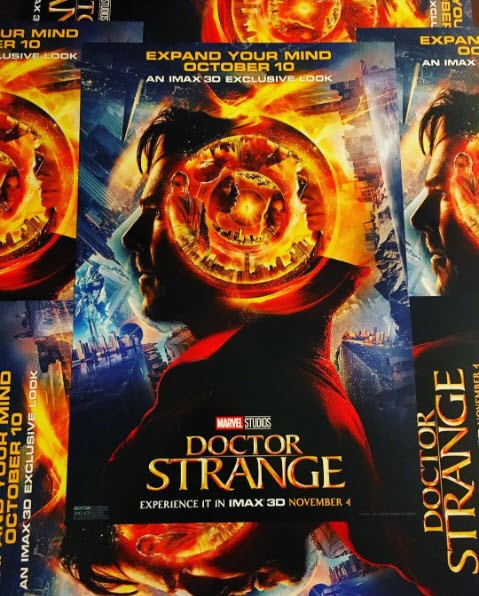 The sneak peek ends with more clips shown in rapid succession; including an extended look at what appears to be Strange’s climactic battle with Kaecilius (Mads Mikkelsen), which utilizes both sorcerers’ ability to manipulate reality, and Strange’s power to seemingly stop and reverse time, most likely through the Eye of Agamotto (which many have speculated contains the Time Stone). The battle also includes the film’s signature Stan Lee cameo–he’s a passenger on a bus in the middle of the fight.

One final interesting note, there are two or three rapid shots in the film that portray Strange in another dimension battling some sort of entity that appears to be made of light, or some other non-physical material. The being didn’t look quite like Shuma-Gorath or Dormammu, two of Strange’s most famous interdimensional foes, but it could have been either one, or even a new, more powerful form of Kaecilius. No matter what, we’ll have to wait and see when the film comes out on November 4, and if this IMAX preview was anything to go by, it’s going to be a long wait.