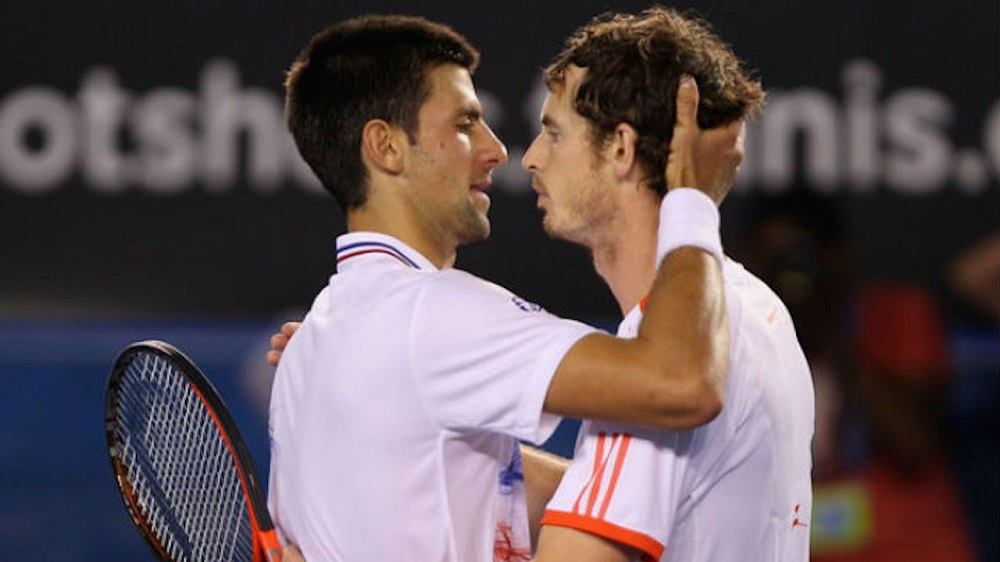 The 2016 Shanghai Masters, the second-last Masters Series 1000 event of the 2016 season, have already started. Many players that did not receive a first-round bye played in their preliminary match on Monday. Novak Djokovic and Andy Murray, the top two favorites in the draw, have yet to contest their first match but they will do so later this week.

Djokovic, who plays on Tuesday, enters the tournament without much recent momentum. He made the US Open final with the easiest draw ever, but the Serb still lost to Stan Wawrinka. Having missed Beijing last week with an elbow injury, it will be interesting to see where the World No. 1’s game is at right now. Any kind of drop in play and the door will open for a surprise finalist in Shanghai.

Murray, unlike Djokovic, does enter the Shanghai Masters with some momentum. The Scot won ATP Beijing on Sunday, defeating Grigor Dimitrov in the final. It will be interesting to see what Murray brings to the table this week. Certainly he is one of the more enduring players on tour, however, he still enters Shanghai without much rest. He will need to be sharp from the get-go as he has drawn Steve Johnson in the second round.

With Djokovic coming off of injury and with Murray’s energy levels unclear, we could look passed the top-two favorites in Shanghai when speculating on finalists. Wawrinka, for example, is in the draw as the three seed in the tournament. He shares a draw to the semifinals with Milos Raonic, a player that had to withdraw from the Beijing semifinals with a right-ankle injury. Between Raonic and Wawrinka, it’s the Swiss that is certainly the more proven player. If Murray is fatigued by the late rounds of Shanghai, then that would make Wawrinka a very important player on the bottom half of the draw.

But Juan Martin del Potro is also on the tournament’s bottom half of the draw. He received a Wild Card into Shanghai and remains an incredibly dangerous floater. Despite not being seeded, I do like his draw in Shanghai as he faces David Goffin in the first round, a player that was busy last week in the Tokyo draw (runnerup). Surviving that, JMD would face Benoit Paire and then perhaps Gael Monfils in the third round.

If Djokovic is not 100%, then Marin Cilic promises to be a threat for the final on the top half of the draw. Cilic has #NextGen player Alexander Zverev in the second round, and the two of them share a group of four with Jo-Wilfried Tsonga and Janko Tipsarevic. With Rafael Nadal in their quarter, it truly will be a rough go to make the Shanghai semifinals for whatever player survives this section. However, whoever it is that makes the final four may have an opportunity to put Djokovic’s recently-injured elbow to the test.

Nick Kyrgios is also in the Shanghai draw and he is seeded 12th. The Aussie, who claimed another title over the weekend, is finally emerging as more than just a peripheral star on tour. Kyrgios won the Tokyo title, the first 500-level title of his career. The result proves that he’s a force in the late rounds of tournaments now, something that had been his weakness up until only the last few months.

However, Kyrgios is still ranked too low to get a bye in a Masters Series event like Shanghai. Furthermore, I don’t have confidence in him winning back-to-back titles in back-to-back weeks against a better-rested field of competition. I’m looking for the Aussie to withdraw or lose early in Shanghai.

The championship match will take place on October 16th. On the bottom half of the draw, I think we might be in for a Wawrinka/Murray-or-Delpo semi final. On the top half, it is hard to discount Djokovic as a semifinalist. Weak elbow or not one thing is certainly weak: the World No. 1’s early-round draw. Look for the Serb to play one of Nadal, Cilic, Tsonga, or maybe even Zverev in the top half’s semifinals.