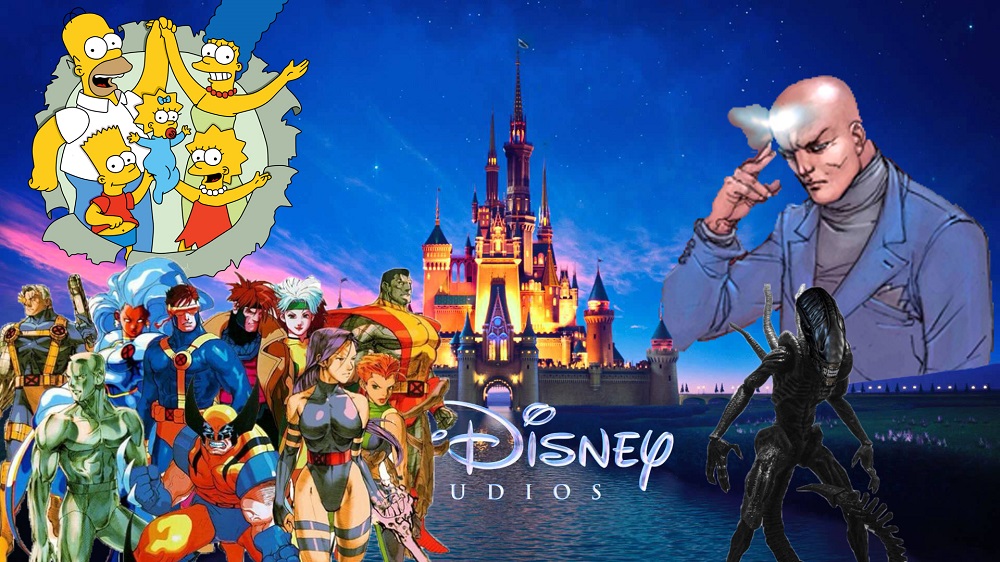 Disney‘s deal to take over nearly all of 21 Century Fox for $52.4 billion will be a major change in Hollywood’s Big Six studios and fanboys and fangirls could be the biggest winners.

The coming union of the Disney and Fox media empires is set to create a new nirvana for fanboys and -girls, one that reunites superheroes and sci-fi characters long separated by an energy barrier of corporate legalism.

Take, for instance, the fractured world of Marvel superheroes. For years, the X-Men (Wolverine, Storm, Professor X, and the crew) and the Fantastic Four (Thing, Invisible Woman, et al.) have battled bad dudes from the studios of 20th Century Fox. Meanwhile, Iron Man, Black Widow, and other Avengers vanquished villains in another corner of the galaxy run by Disney. Almost ne’er the twain did meet — though that could soon change.

Relatedly, rights to the various “Star Wars” films have been scattered all over a galaxy far, far away; those will soon be unified under a powerful Galactic Emp– er, well, Magic Kingdom. 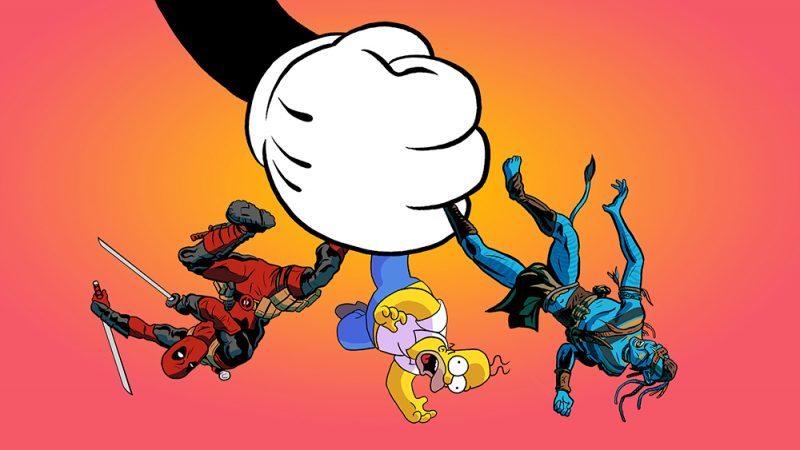 THE MOUSE THAT ATE THE FOX

Disney’s announcement Thursday that it’s buying most of movie goliath Fox for $52.4 billion in stock brings these once disparate franchises together, possibly for as-yet unplanned intergalactic dust-ups. Add the “Avatar” franchise to the blockbuster mix, and the company that launched Mickey Mouse will be an unavoidable presence at the box office and online if the deal goes through.

The combined company will account for more than a third of theatrical revenues in the U.S. and Canada, an $11 billion business last year, not to mention a huge chunk of the global theater-going pie, according to Daniel Ives, chief strategy officer at market research firm GBH Insights.

That would make the Disney juggernaut a more powerful theatrical force to be reckoned with than ever before. Online, Disney has announced plans to launch its own streaming service in 2019, after pulling titles like “Rogue One: A Star Wars Story” and Disney’s “Moana” from Netflix’s streaming platform to move onto its own. After Fox’s deal to send its movies to HBO ends reportedly in 2022, its films will also move to the Disney streaming platforms.

“Creating a direct-to-consumer relationship is vital to the future of our media businesses, and it’s our highest priority,” Disney CEO Bob Iger told investors in a Thursday conference call detailing the Fox deal.

Those old enough to remember the blaring 20th Century Fox opening to the original “Star Wars” (Episode IV) may no longer have to search far, far, away to find the other titles. The original was made and distributed by Fox, but it was a quirk of the series.

Episodes V, VI, I, II, and III were owned by Lucasfilm (bought by Disney in 2012) and distributed by Fox. You can only stream those first six movies endlessly if you buy them and register them through the not-terribly-popular UltraViolet system backed by several studios. (You can also rent them digitally.) “The Force Awakens” — Episode VII — is available to streaming subscribers, though only if you have Starz.

The Force may finally put these titles in one place.

That would recreate online what the U.S. Supreme Court broke apart in the 1940s. That’s when the court forced Hollywood studios to divest ownership of theater chains to keep content producers from controlling every step along the way to the consumer.

“This moves Disney from an afterthought in streaming to a legitimate contender,” Ives said.

That marketplace dynamic could help pave the way for regulators to clear the deal, aimed to close within the next 12 to 18 months.

“These guys are up against Facebook and Google, not Warner Bros. and MGM,” said Mike Kelly, the former Weather Channel CEO who is now CEO of investment and advisory firm Kelly Newman Ventures. “If you look at it that way, I don’t think the government would have that big of an issue with it.”

Iger said he anticipates a “significant amount of regulatory scrutiny both in the United States and internationally” because of the deal’s size, but he said authorities should quickly approve it because it makes sense for consumers.

He said Disney’s current thinking is to split its streaming services into three different brands, such as a Disney-labeled family service that would fold in NatGeo, Marvel, Pixar and Lucasfilm; an ESPN-led sports service; and an adult-oriented service that would incorporate Hulu and some of Fox’s TV shows.

Disney also aims to expand the global audience of its cast of characters as it pulls in Fox’s London-based pay-TV broadcaster Sky, which has a pan-European audience, and Mumbai-based Star India. 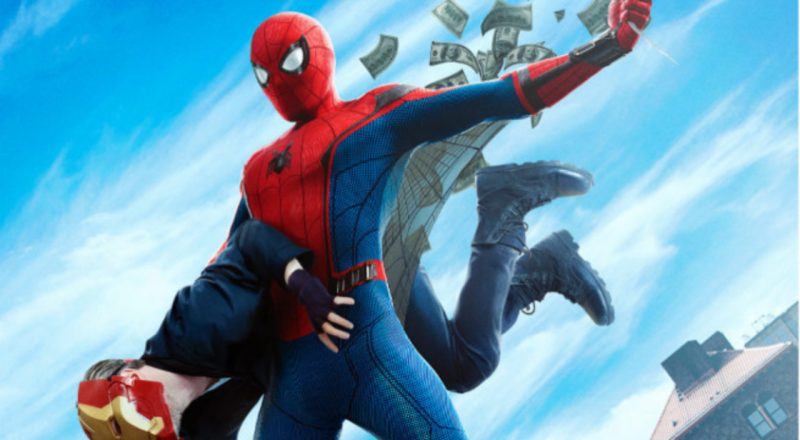 But there’s one part of the comic book world that will escape Disney’s sizable web: Spider-Man, whose rights Marvel partially farmed out to Sony.

Although Sony and Disney cut a deal to include Spidey in Avengers tales starting with “Captain America: Civil War” last year, Sony continues to develop its own alternate reality with movies like the animated “Spider-Man: Into the Spider-verse” as well as spin-offs “Venom” and “Silver & Black” starting in 2018.

Will It Go Through Without A Hitch?

Variety reported that to Democrats have voiced concern about this massive merger as they feel it could potentially violate antitrust laws.

“I’m concerned about the impact of this transaction on American consumers,” said Senator Amy Klobuchar (D-Minn.), the ranking member of the Senate Judiciary antitrust committee. She also commented that this merger was “another industry-changing merger, which would have major implications in television, film, and media.”

Klobuchar has reportedly asked Sen. Mike Lee (R-Utah) and Sen. Chuck Grassley (R-Iowa), who chair the antitrust subcommittee and the Judiciary Committee, respectively, to schedule a hearing on the matter.

Representative David Cicilline (D-R.I.) called for his committee, the House Judiciary’s antitrust subcommittee, to take a closer look at the deal as well. “Disney’s proposed purchase of 21st Century Fox threatens to put control of TV, movie, and news content into the hands of a single media giant,” he said.

“If it’s approved,” he continued, “this merger could allow Disney to limit what consumers can watch and increase their cable bills. Disney will gain more than 300 channels, 22 regional sports networks, control over Hulu, and a significant portion of Roku.”

Since Disney’s acquisition of Lucasfilm in 2012, the company has already emerged as a leading, monolithic force in American entertainment. While that can be exciting—it’s thrilling to see so many compelling characters and worlds rubbing shoulders with each other—it can also be stifling. It’s hard to compete in the genre movie sphere if you’re not the MCU or Star Wars, and if this merger goes through that problem could get much worse.