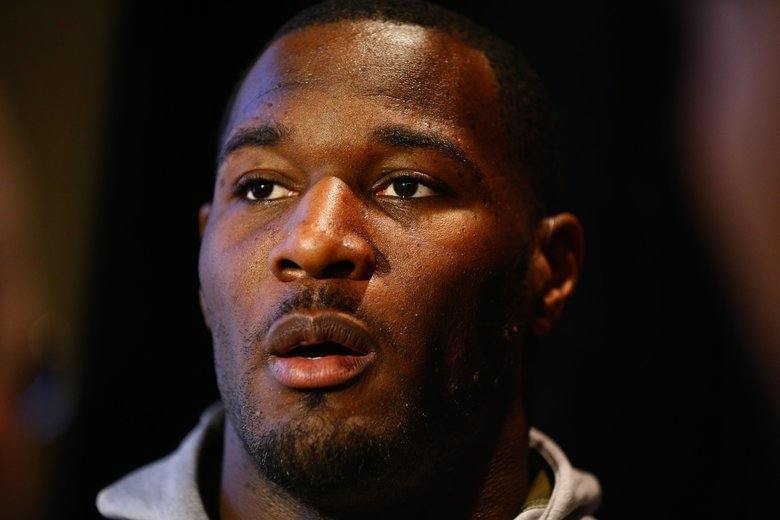 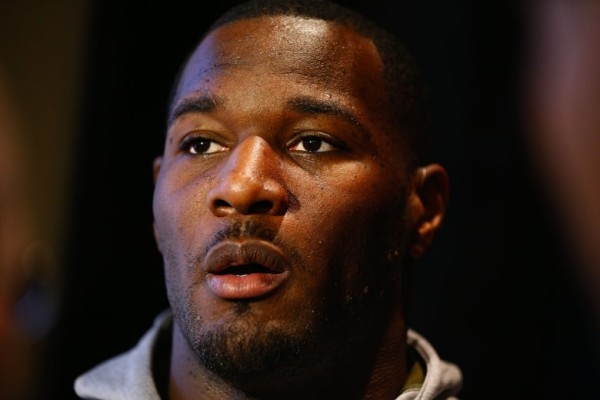 Some NFL players are easy to clown when they get into trouble off the field. Pac-Man Jones has had so many issues it is no big deal to write a piece on his many brushes with the law. Ray Rice was certainly no sympathetic figure after seeing him go Iron Mike on his fiancé in an elevator video. Aaron Hernandez is fair game for anyone after being accused of killing more than one fellow human.

But some guys are not easy to pile on when things get sideways.

Derrick Coleman is one such NFL player. The Seahawks fullback and special team’s player has been suspended indefinitely by the team as the investigation into his hit and run continues. According to officers, Coleman left the scene of the accident that occurred on Wednesday, and they located him about two blocks from the scene.

The other driver apparently suffered a broken collarbone and photos from the scene show it to have been more than a mere fender bender. Both vehicles being upside down are a good sign that this was a pretty serious accident.

So why is it not so easy to pounce on just another NFL’er who screwed up and didn’t do the right thing after the screw up by leaving the scene? Mainly because the guy has been an inspiration to many. Coleman has been deaf since he was three years old, yet didn’t let that stop him from making an NFL roster as a free agent, then becoming a Super Bowl Champion with Seattle.

It’s not very much fun to jump a guy for a mistake after seeing what he overcame to have a successful football career. And if he were a successful swimmer, businessman, or teacher I would say the same.

His platform is just bigger as an NFL player obviously.

I would imagine the fact that he is such an inspiration to so many is why many other leaders have gotten away with various transgressions over the years. Preachers, business leaders, and politicians who do many good things and motivate others as a group, often have sins swept under the rug to protect the followers in some twisted way.

That said, Coleman will have to be accountable, inspirational figure or not. His lawyer argued the guy was just dazed after the accident and didn’t technically leave the scene. I would say most logical people would say being two blocks away from a wreck is leaving the scene.

Most idiots I see in accidents don’t leave the exact spot where the wreck happened. They stay put no matter how easy it would be to ease to the side of the road like they’re afraid to disrupt a murder scene or something.

The video Coleman’s lawyer put up did make it appear that the guy was completely lucid and not under the influence of any drugs. But that was many hours after the accident occurred. That would be plenty of time to gather yourself if alcohol or other drugs were the cause of the wreck. The results from the blood test were still unavailable at the time of this article.

We can only hope for the truth to come out and hopefully Coleman’s many fans will not be let down. Maybe he was dazed and had a concussion as his lawyer also proposed. It’s certainly possible he fell asleep at the wheel as sleepy driving is super dangerous as we all know. But at 6 pm?

What we know for sure is another person was hurt as a result of Coleman’s actions and by the looks of the photos at the scene it could have been much worse for both drivers. The fact that Coleman left the scene is not a good look and not something I would expect from a guy who overcame quite a bit to get to where he is today.

I hate to think he would leave behind an accident victim that may have been badly injured just to keep his name out of the news, which obviously never works anyway. Derrick Coleman does not strike me as a coward. He has faced real struggles head on for most of his life.

As I always say, and even remind myself from time to time, we do not know these people. They are faces we see on big screens three hours a week and catch random soundbites from in locker room chats. For all we know our favorite quarterback would run us off the road into a ditch and just take off.

That’s what happened in this case, and it remains to be seen if any of Derrick Coleman’s excuses hold up.