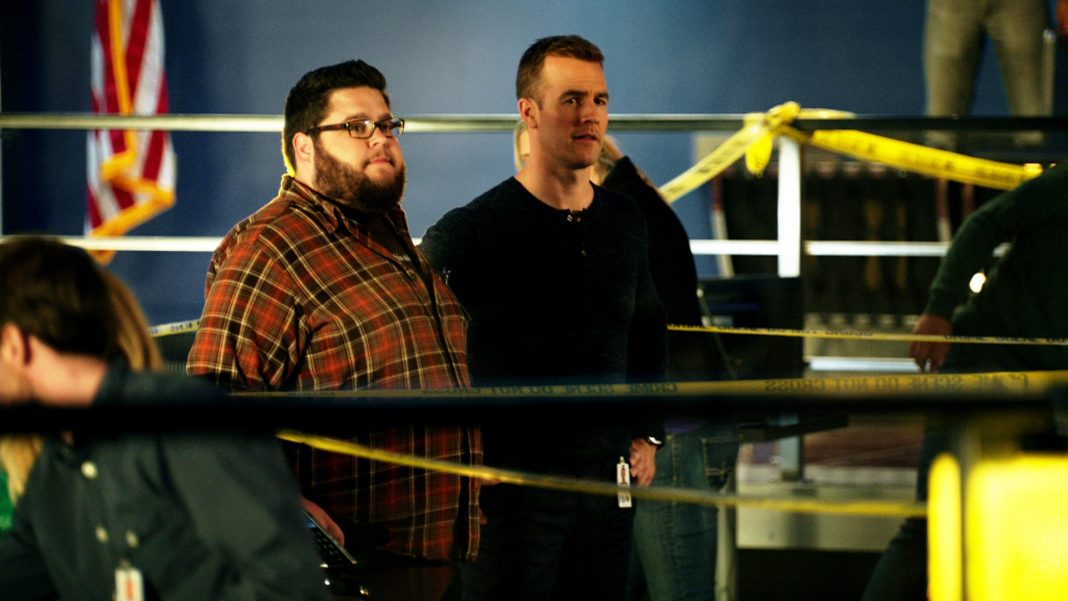 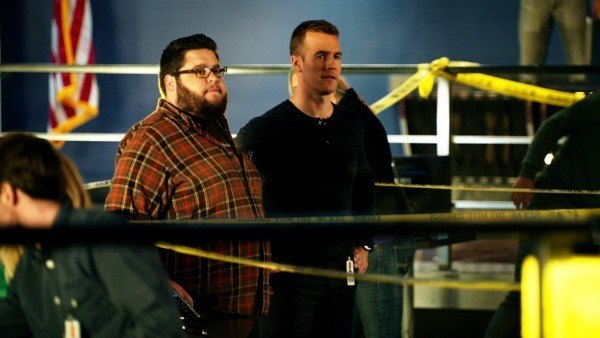 On this week’s episode of CSI: Cyber, a young man slit an older man’s throat, served him a cup of hot tea and poured himself a bowl of cereal, all while a woman lay dead on the kitchen floor. In New York City, people calling 911 weren’t able to get help. Agent Ryan, Agent Mundo and Russell went to the 911 dispatch center to talk to city officials. The official told them that their IT person felt someone had hacked into the phone system to prevent people from being able to use their cell phones to call 911. Nelson and Daniel said there was no sign that the 911 system had been compromised or was malfunctioning.

From the center, Daniel called 911 to see which operator answered the call, but whoever answered it wasn’t in the building. Daniel and Nelson discovered a router that could possibly have been infected. They determined where the router was located and went to find the place. On the city streets, Agent Mundo found the source of the wifi that was powering mobile devices. They stopped the bus and found the router they needed. Daniel determined there was an air born computer virus in the city. Agent Ryan called it an outbreak and an epidemic.

Russell told Raven to contact local and nearby media to spread the word that wifi networks with no password protection needed to be shut off. He said the virus would cross state lines unless the FBI was overly cautious. Agent Ryan said there was no indication the attack on wifi networks was a terrorist attack. She said their hacker was an individual that wanted to cripple the city and make people feel desperate. She also said the code was being written to prevent any more cell phones from being hacked into. The Mayor of New York told Agent Ryan that in the past Nelson had hacked into the New York stock exchange. He told Agent Ryan he didn’t want Nelson working on this case and she told him if he didn’t work the case she wouldn’t either.

Back at FBI headquarters, Nelson took a phone and infected it with the virus that was spreading through NYC. He determined when New Yorkers were calling 911 they were getting an automated voice as opposed to a real person. Russell said the hacker enjoyed listening to people in distress.

The young man viewers saw in the beginning of the episode was sitting in a room listened to the recorded 911 calls. Nelson and Raven said the automated voice taking those calls was distorted, and Russell said they needed to reverse that. Russell and Raven figured out the hacker may work at a call center. They determined that the automated voice was the hacker’s voice, but a distorted version of it. The team looked through the NYC database for dispatchers and determined their hacker was Leo Finch, who had worked for a NYC call center but had been fired one year ago that day.

Agent Mundo and the team broke down the door of Leo Finch’s house. There they found the man and woman from the show’s opening scene, dead in the house. They found a phone in the dead woman’s hand, as well as a cell phone at the crime scene. In the basement of the house, Daniel worked on a computer in the room and found audio recordings of 911 calls. They found strings from Leo’s violin that he used to kill the man and woman in the house. They determined Leo caused destruction at a construction site in Manhattan on purpose. He wanted the construction workers to call 911 after their co-worker fell off the scaffolding. Agent Ryan determined Leo was a sadist.

Raven determined that the computer virus had spread into New Jersey, Connecticut, and upstate New York. Russell said they had to hack into the Department of Justice computer system in order to stop this virus, and he ordered Nelson and Raven to do the hacking. Russell asked Nelson to call NYC Police Headquarters and tell them to put a picture of Leo Finch out in the media. After the police sent Amber Alert type notifications to cell phones, several people spotted Leo. That’s when Russell realized that even Leo himself received the Amber Alert with his picture and name included. They figured out false sightings were probably being reported as a result. Leo was traced to the area near Madison Square Garden in NYC where a sports game was taking place that night.

Agent Mundo and a team of officers found Leo in an alley with a knife in his hand. Daniel had an officer at the scene turn on his police radio so they could play a recording of one of the 911 calls to Leo. When he heard the recording, he surrendered to the police. Leo reached for his knife, and one of the officers shot him in the hand. Leo then pleaded for them to call 911 because he had been hurt.