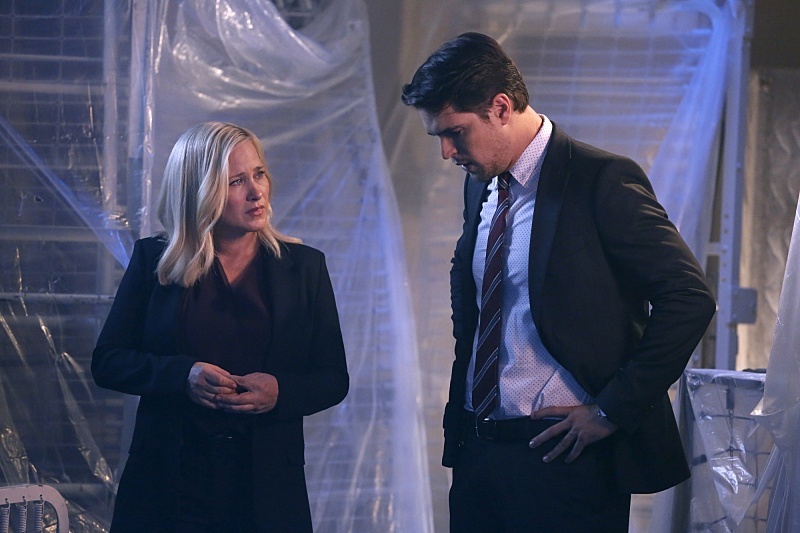 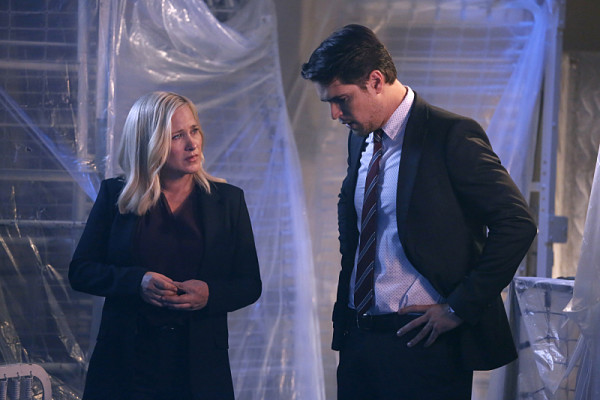 On this week’s episode of “CSI: Cyber,” Agent Ryan got a frantic call from an Interpol Agent, Rupert Fleming. A man attacking him took the phone from him before he could speak to her. She called Interpol to investigate. Agent Rupert had been attacked and killed with a drill.

Russell and Agent Mundo investigated the crime scene. At FBI headquarters, Raven knew that Agent Fleming’s phone had been hacked into, but she didn’t know by who. Daniel scanned the Interpol network for clues in the case. He determined the hacker, Darko, connected Europe’s Interpol with America’s to control the drill that killed Agent Rupert.

The team went to a home Raven directed them to and found a hidden laptop computer. Daniel found emails sent from Darko to Rupert asking Rupert to meet him at a specified location. He said he knew Python‘s real name. Russell and Daniel got a partial serial number off of one of Python’s guns found at the scene of the crime.

Bernie aka Fresh was determined to be working with Darko, so Agent Mundo brought him in for questioning. Agent Banks, Agent Fleming’s partner, demanded to know what happened to Fleming.

It was revealed Darko’s real name was Teddie Hayes. Russell and Daniel searched for Python’s real name. When they found it, they sent the information to Agent Ryan. Based on that they found his social security number and credit report. Ryan determined he only existed on paper.

In Baltimore, Agent Mundo went to look for a  yellow backpack delivered to Darko. They found him and told him to take off his backpack. Gunshots were fired, and Darko was shot. Agent Ryan asked Teddy Python’s real name, but he died before he could. She argued that Teddy told her Python’s real name was on the laptop they had, and she ordered Daniel to find out the real name of the hacker. Raven discovered Python had sold guns to many people. Russell said their research wasn’t turning up any answers.

Daniel figured out to look for Python’s real name by taking the laptop apart. He and Nelson finally found his name: Robert Corto. This also allowed them to find his address and date of birth. They discovered he had the same address as 12 other people, referred to as shelf babies of Python’s. From the computer, they recovered Python’s digital journal. Agent Ryan told Nelson and Daniel to print out every page of it. In his journal, Agents Ryan and Banks found out that Python’s classmates had given him the nickname in order to make fun of him, so he wanted to shed the negative image. They found the name Rosetta Wilkerson in his journal. She lived at a Colorado address, and the team went to her house. When they got to the house, they asked her if she had a son living there. She said no but showed them the room that was her son’s; it was filled with computer equipment. She showed them a picture of her son Dante, on a milk carton after he had gone missing. Agent Ryan looked at Dante’s computer, looked into the webcam and told him to call her; which he did. Dante snapped and said that Agent Ryan had crossed a line.

Dante remotely deleted evidence from his computer, so Agent Ryan unplugged it. Interpol then disabled the network Dante had been using to cause trouble. Agent Ryan called Russell to her office to take fingerprints off a tablet that had belonged to Dante. Then Agent Ryan realized he had been in her office posing as a maintenance man by the name Matthew Flynn.