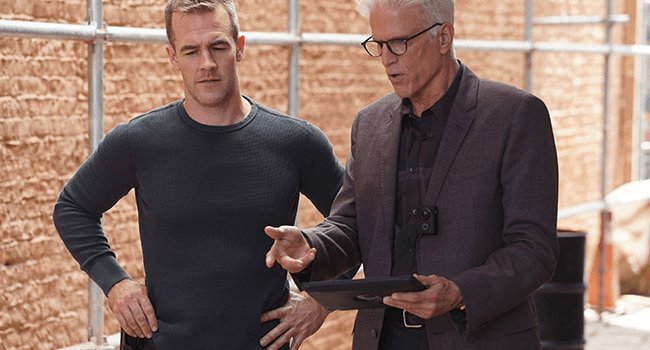 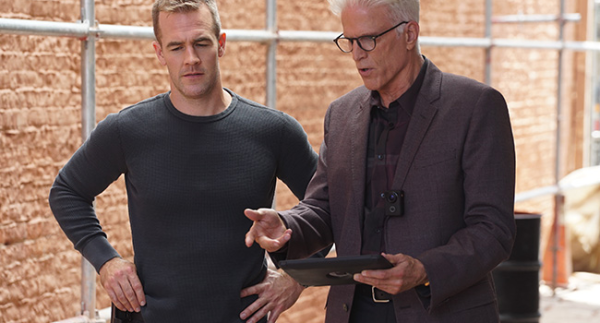 It’s all ‘Brown Eyes, Blue Eyes’ on this episode of CSI: Cyber, and it began when a man named Derek Noels was videotaped being held at gunpoint. Agent Ryan said she’d been awake for three days. Raven showed Agent Ryan the video after it went viral on the Internet. After twelve hours, it had millions of hits on Twitter, Facebook and Youtube. There were protests in the street after Derek Noels body was missing. The Ashdale police department in the neighborhood where Noels had lost security footage after their system was hacked into. Agent Ryan told Raven to stay in the office to track any suspicious activity while she went to investigate. She and Russell went to the police department and told them the FBI needed full access to all their department information in order to solve this crime. The chief of police refused to cooperate.

Their first goal was to identify the officer that was in the video and shot Noels. Agent Ryan talked to Noels’s mother and asked about his previous arrests. She said Noels used drugs more than he sold them, but he still didn’t deserve to die. Nelson determined that the chief of police, Chief Richards, was not the one who deleted the footage showing Noels’s murderer. Raven got access to a list of every police officer that worked for the Ashdale police. Russell analyzed the way each cop ran in video footage and used that information to put names to faces, using biometrics. He determined Officer Dean Cosley was a suspect in the case and Agent Ryan, and Nelson went to question him. His lawyer would not let him answer any questions Agent Ryan asked. He finally admitted he was the cop that roughed up Derek Noels but that nobody died that night, including Noels.

Russell and Agent Mundo went to the place where Noels was videotaped being murdered. Back at the office Raven discovered that someone had faked the video of Noels being shot, but she said that didn’t mean Officer Cosley was innocent. The guilty party was using ToggleFly.com to put Officer Cosley’s image in the video as the officer that shot Noels.

Daniel called Agent Ryan at Cosley’s house and told her that someone had released Cosley’s address on the Internet. Protestors were then seen outside the house. Agent Ryan made Cosley hand his gun over to her as the police were dispatched to the house. The mob of protestors was trying to hurt anyone in Cosley’s house. Cosley was then put into protective custody. Agent Ryan said she hated that someone with a criminal record was being protected. Agent Ryan said whoever did this was trying to cause controlled chaos.

Agent Mundo got back to the office to see everyone applauding him. Daniel figured out how the police department’s security system was hacked into. He said malware was inserted into the charger for the video camera than then took over the security system. Daniel got the IP address of the hacker and Agents Ryan and Mundo went there. The location was a church that was vandalized and burned down. Nelson reported back to Raven that the church, which was used as a community center, had been destroyed. Nelson told Agent Ryan the hacker redirected the security footage so the police would never see it. This led them to a college campus and the office of Professor Ganes. Daniel found a USB drive in the professor’s computer that would wipe out the hard drive. They found out that Professor Ganes and Officer Cosley were brothers. Agent Ryan said Professor Ganes wrote a famous book about racial issues between blacks and whites, which led the team to believe he was socially engineering racism just to write a thesis for his Doctorate. Agent Mundo and Nelson argued about racism, and Nelson found text on the Internet that attacked the black community, which offended him as a black man. The team figured out where Professor Ganes was, and Agents Mundo and Ryan went to apprehend him.

Agent Ryan questioned Professor Ganes. She told him she read his thesis and knew what he was doing. He said he had been able to predict the chain of events that led him to Agent Ryan. Ganes told Ryan he met Derek months before, and Derek had told him cops had beaten him and gotten away with it. Agent Ryan said his plot was all about vengeance because he hated his brother. Chief Richards told Agent Ryan that Officer Cosley’s secret location had been revealed. Agent Ryan contacted Cosley and told him he was being tracked by his brother.

A riot broke out, and Agent Mundo found Crowley and led him to safety. Derek Noels surfaced in the crowd and introduced himself. He screamed at the crowd to stop rioting.