Home All News Movie News Comic Con Recap: Marvel more than made up for its one year... 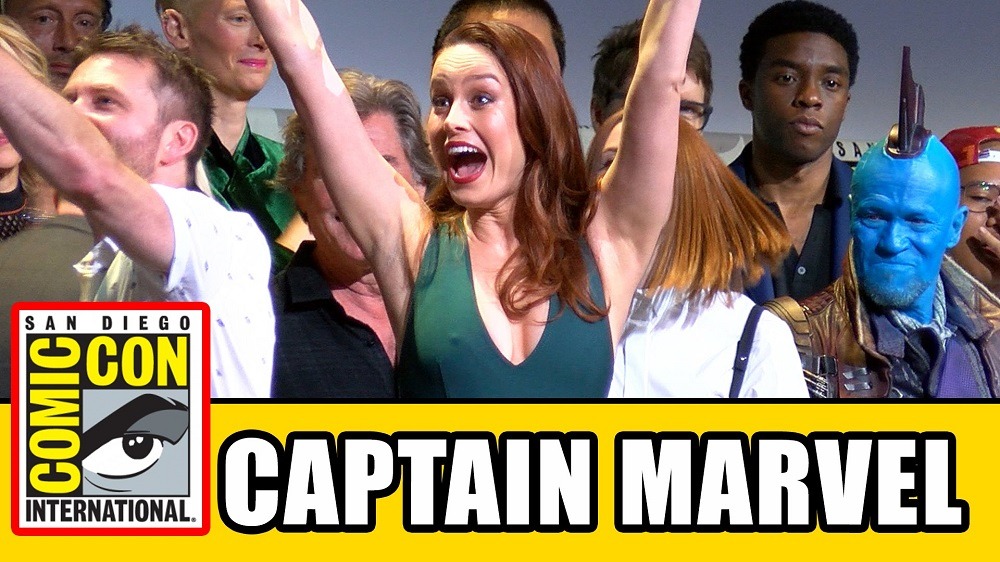 Last year Comic-Con seemed a little strange without the presence of Marvel Studios there, but they made sure to more than make up for that this year. They sure did a lot in that year to show everyone too.

Marvel Studios came back with some major pow power on Saturday with a spectacle and star-filled presentation offering exclusive looks at “Spider-Man: Homecoming,” ”Doctor Strange” and “Guardians of the Galaxy Vol. 2.”

“We only want to come when we have a lot of stuff to show you,” Marvel Studios head Kevin Feige said. Feige didn’t disappoint the 6,500 person crowd inside the convention hall with the nearly two-hour presentation.

They kicked things off with “Black Panther,” which doesn’t start shooting until January for a release in 2018. While there weren’t any assets to tease, they did bring out the cast, including star Chadwick Boseman, Lupita Nyong’o, Michael B. Jordan, the just-announced Danai Gurira, best known for “The Walking Dead,” and director Ryan Coogler.

Coogler, who directed “Creed” and “Fruitvale Station,” said that it was a very emotional experience being at Comic-Con. He actually came as a fan in 2009 and remembered sitting in the very back of Hall H.

“It’s absolutely crazy to be looking at my people from this view,” Coogler said.

The rest of the films on Marvel’s slate, even those which have just started shooting, had something to show.

Audiences saw a hilarious documentary-style “Thor” spoof from “Thor: Ragnarok” director Taika Waititi imagining what Thor (Chris Hemsworth) was up to while his buddies were off battling each other in “Captain America: Civil War.” Essentially, Thor moves to Australia and gets a dumpy white-collar roommate.

“Thor: Ragnarok” has just started filming for a Nov. 2017 release.

Those in Hall H also got a sneak peek at “Spider-Man: Homecoming,” which is just 10 days into its shoot.

Director Jon Watts said “Homecoming” is simply a high school movie. Moderator Chris Hardwick added that it has some John Hughes vibes to it.

It’s the first modern “Spider-Man” movie to be done with the supervision of Marvel Studios. It’s being co-produced by Sony Pictures. This new Spider-Man was first unveiled in “Civil War” and became an immediate fan favorite. The film comes out next July. 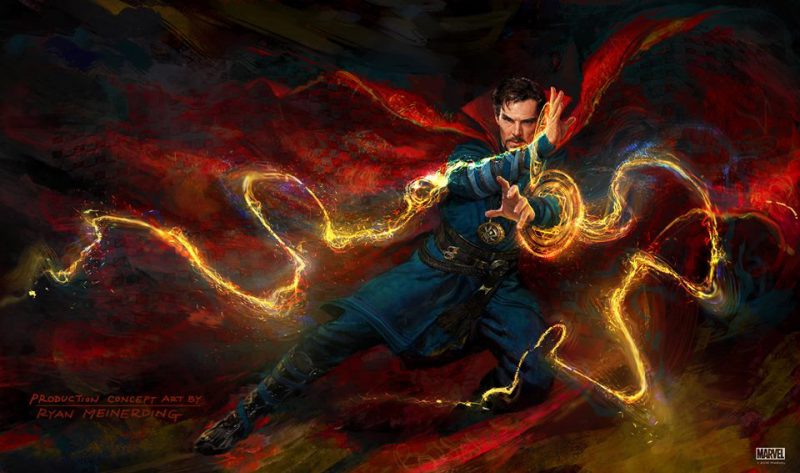 Marvel brought out the production value for “Doctor Strange,” starting out that portion of the presentation with a smoke and light show, which cleared to reveal star Benedict Cumberbatch on the stage.

“The scale of it is something else,” said Cumberbatch, no stranger to playing beloved characters.

The scene showed focused in on Tilda Swinton’s The Ancient One teaching a reluctant Stephen Strange (Cumberbatch) about his crazy new powers. Director Scott Derrickson said he wanted to make sure the “mind-trippy visuals” of the comics were an integral part of the film, which bows in November.

Costumed ravagers took the stage to help tease “Guardians of the Galaxy Vol. 2,” out next year, as did stars Chris Pratt, Zoe Saldana and Dave Bautista. The crowd went wild for an extended look at a scene with the adorable Baby Groot – a CG tree character, who in the last film was full-sized and voiced by Vin Diesel – staging an escape from captivity with Yondu (Michael Rooker) and Rocket Racoon (Bradley Cooper). Rooker sat on the stage in full costume and makeup.

Kurt Russell, also present for the panel, was confirmed as Star Lord’s (Pratt) father in a newly released trailer, resulting in a resounding cheer from the audience. Less popular, though, was the announcement that “Guardians of the Galaxy” would be overtaking the Tower of Terror ride at Disneyland starting next summer with a new ride. Audience members booed at the concept image. 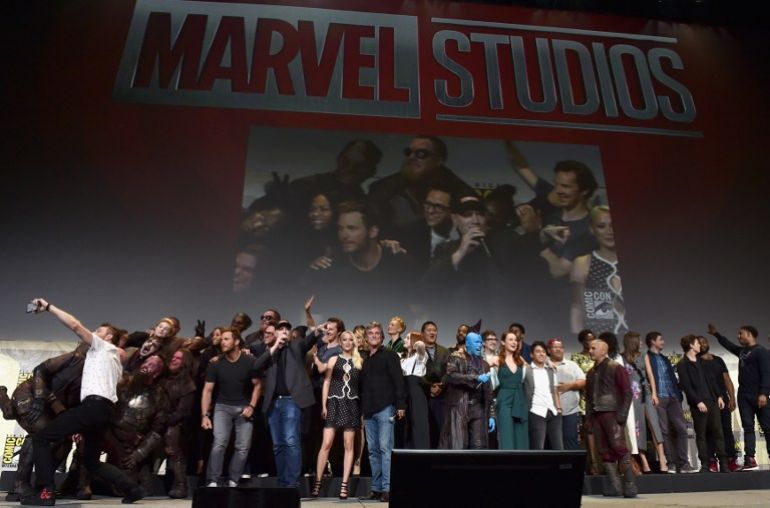 Marvel closed things out on a high note, however, with an obligatory all-Marvel photo, including the new Captain Marvel herself – Oscar-winner Brie Larson, who was greeted with a rapturous standing ovation.