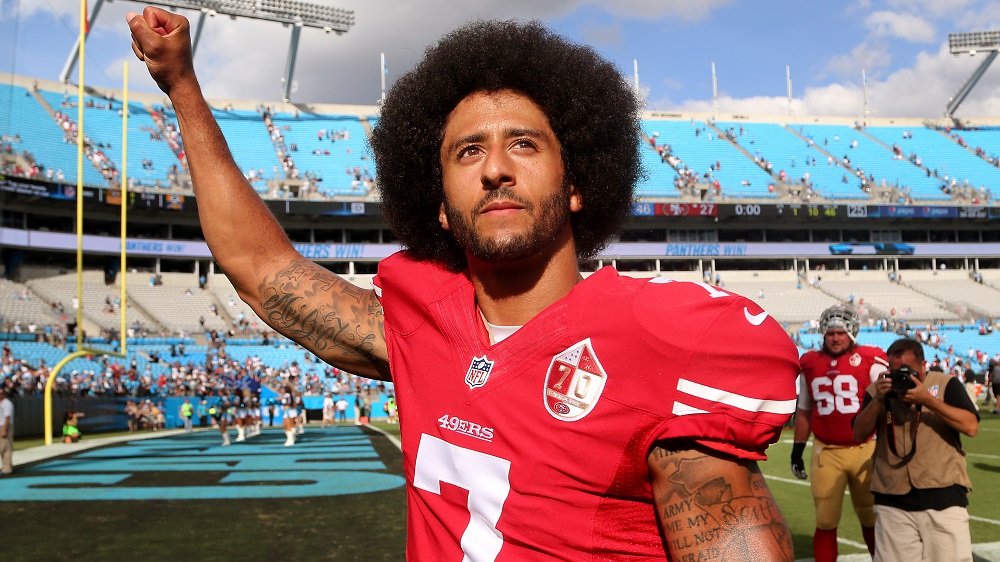 It seems like San Francisco 49ers quarterback Colin Kaepernick lowers the bar for himself every week or so.

It all started, of course, with the national anthem protest that pissed off half the country. He did, however, inspire a good number of people and shed light on his cause, so we’ll give him the benefit of the doubt on the first one (that’s right, it’s gotten so bad that we’re just going to ignore this one).

Kaep then got his first start, and he sucked. But they kept him in.

Then, over the past month, Kaepernick started to improve. They weren’t winning, but he looked like the quarterback head coach Chip Kelly thought he was getting when he took the job in San Fran.

Then, in a conference call with Miami reporters ahead of the Niners matchup with the Miami Dolphins, Kaepernick hit a new low off the field, defending Fidel Castro and his oppressive regime to a Cuban reporter who saw his family members torn apart and killed by the brutal tyrant. At one point, Kaepernick compared people going to jail in the United States to the demolition of Cuban families at the mere finger-point of Castro and his soldiers.

This week, Kaepernick, partially influenced by his recent improvements, announced his intentions to opt-out of the rest of his contract after this season to become a free agent. He may want to rethink that after Sunday.

In the Niners’ loss to the Chicago Bears, Kaepernick was benched in the four quarter after an absolutely dismal performance—1-of-5 passing for four yards coupled with five sacks. Kaepernick is the first quarterback in NFL history to take five sacks and have fewer than five yards in a game.

Of course, Blaine Gabbert didn’t do much better in garbage time; however, Kelly should seriously consider switching back to him moving forward. Sure, Gabbert sucks, but if Kaepernick wants to test the markets (good luck to him), the 49ers might as well give the next guy up some reps.