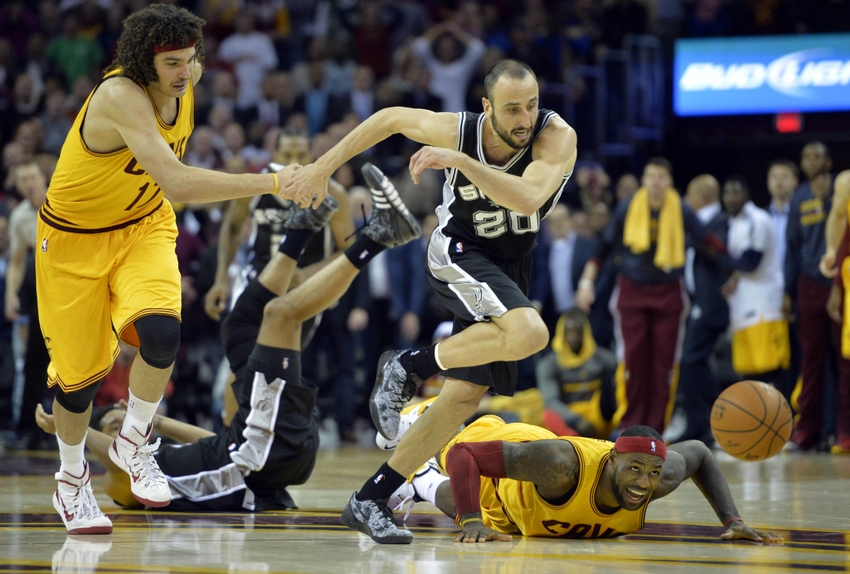 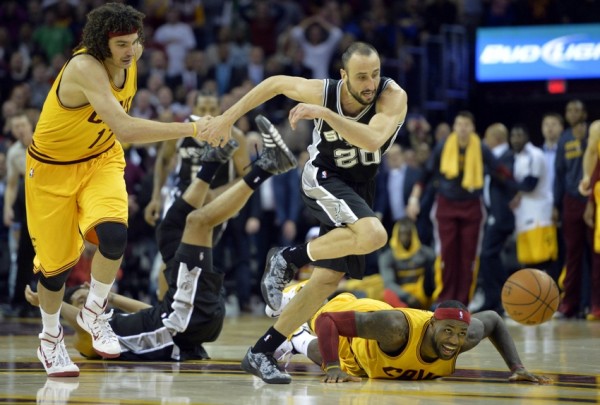 It seems like at the beginning of every season the San Antonio Spurs are the favorites to represent the Western Conference in the NBA Finals. The Spurs took on LeBron James and the Miami Heat in the NBA Finals the past two seasons, and they come out victorious this past season. Tim Duncan and the Spurs have emerged as sort of a road block for LeBron and his championship goals: James is 1-2 against the Spurs in the Finals, with their first meeting dating back to 2007 when he was still with the Cleveland Cavaliers. LeBron is now back in Cleveland, and he is tired of coming in second to the Spurs.

James’s return to Cleveland started a trend: fellow Olympic Gold Medalist Kevin Love and three-point specialists Mike Miller and James Jones soon followed to the Cavaliers, making them an NBA Finals competitor virtually overnight. The Cavaliers now have a big three of James, Love, and Kyrie Irving which they are hoping will catapult them right into the Finals.

The Spurs Big Three of Tim Duncan, Tony Parker, and Manu Ginobili may be getting older; but they show no signs of slowing down. On top of their three super stars, the Spurs have reigning NBA Finals MVP Kawhi Leonard on their team who is still on his rookie contract and making less than $1 million a season. It is as if the Spurs planned it out—Leonard’s contract is set to end around the time Duncan will be retiring from basketball, freeing up millions of dollars of cap room to pay Leonard.

The Cavaliers and Spurs are on a collision course in 2015, and there is no telling which team will come out victorious. The Cavaliers and Spurs meet in San Antonio on March 12 which will be a good indicator of how the potential finals matchup may turn out. Be sure to tune in for this late season game in 2015.